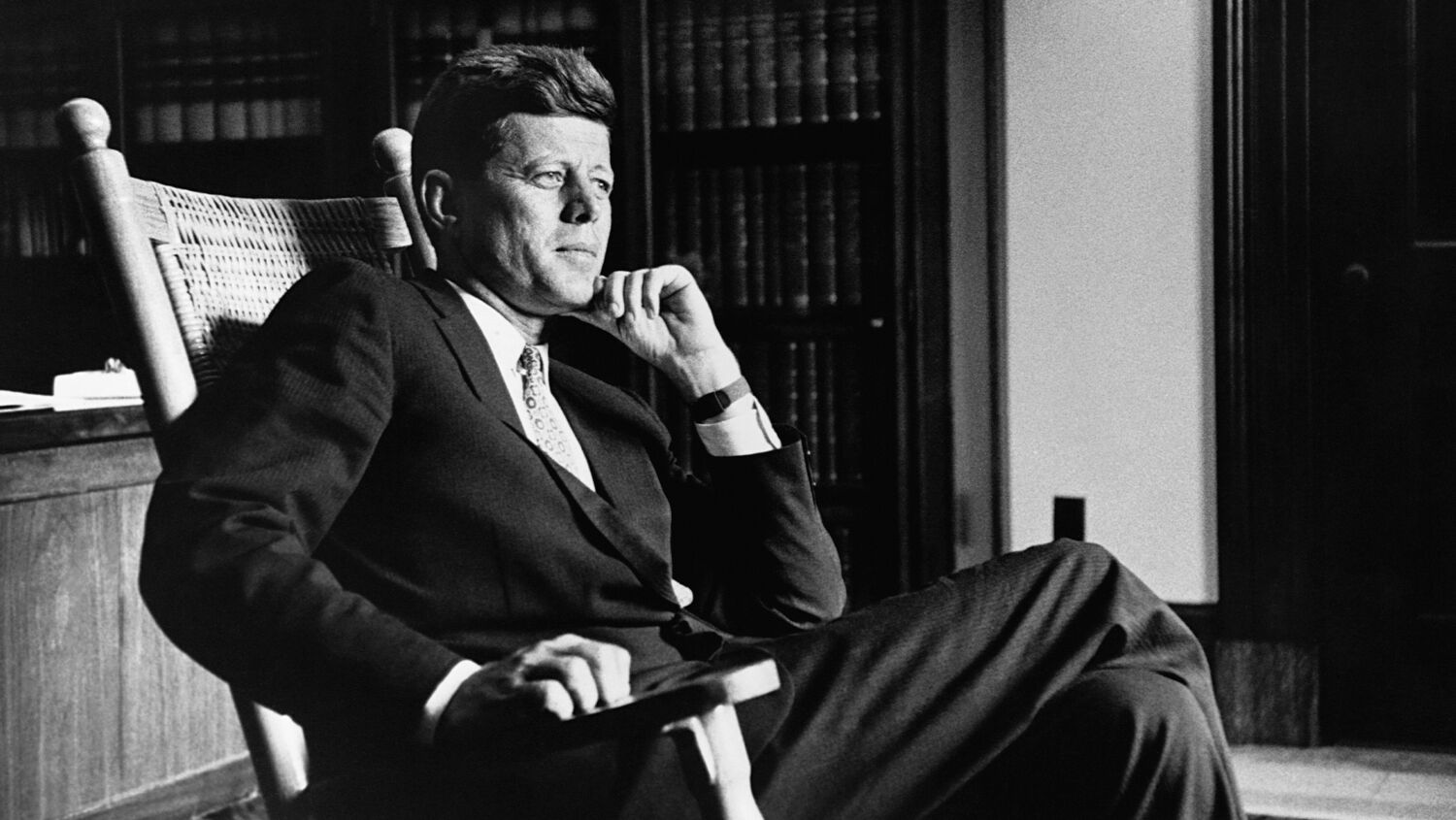 In 1963, America was the most powerful nation in the world. But America was still struggling. We had not won the Korean War. There were serious civil rights problems between blacks and whites. The world was filled with horrifying, seemingly insoluble problems. People were struggling to find hope anywhere on this earth.

John F. Kennedy was elected President of the United States in 1960. He had an ability to stir hope more than any of this world’s leaders I have known. Mr. Kennedy not only inspired hope in America, he inspired hope over much of this earth.

The world held its breath as President Kennedy and the Russian Premier, Nikita Khrushchev, clashed over Cuba. The world was deathly afraid of nuclear war. Was there going to be a nuclear World War III? Finally, Mr. Khrushchev backed down. This helped make America look invincible. America appeared to be able to control the world’s military bullies. The possibility of a nuclear war became remote (but only in people’s minds).

Mr. Kennedy made the bold decision to go to the moon and outer space. He wanted to go, not because it was easy, but because it was hard. His words stirred the human spirit. He caught the world’s imagination. People became more hopeful. They were expanding their vision into outer space.

America appeared to be at its best under John F. Kennedy. He held a world view, and many in the world internalized this view. JFK developed the “new frontier” slogan. It became like a religious movement to many in the world.

Mr. Kennedy’s speech in Berlin galvanized the Germans. He talked of unifying Berlin. This one speech went a long way in changing American-German relations. He filled the Germans with hope. Indeed, JFK had a gift for inspiring hope in so many people.

Then, on November 22, 1963, Mr. Kennedy was assassinated. One crazed gunman, Lee Harvey Oswald, shot and killed the president in Dallas, Texas. The world had been stunned when President Abraham Lincoln was assassinated. But the impact was far greater when JFK was assassinated. Thirty years later, the U.S. and many in the world still seem transfixed by the death of JFK. Why?

President Kennedy embodied a great hope for many people. The whole world knew of his death that very day because of modern communication. The assassination sent shock waves around the world. For many people, their hopes died with John F. Kennedy.

It was a stress-filled time for U.S. citizens—and still is for many people. People drifted home from work in a daze the day JFK was shot. The stock market went down sharply. Businessmen had far less hope in America’s future. Kennedy had embodied the national confidence. Now many Americans wondered, “What is happening to the U.S.?” What could be worse than an inspiring President being assassinated? Hordes of Americans wanted to be just like him. Some, including ex-senator Barry Goldwater, thought JFK could have become our greatest President ever.

A white beverage-truck driver kneeled and prayed for America with his black customers. A male teacher, built like a football player, cried before his class. Then he said, “Children, we need to pray for our nation.” Others went to church.

Pierre Salinger, Kennedy’s press secretary, continued to work for President Lyndon Johnson after the assassination; but he drank a bottle of scotch daily for three to four months. JFK’s death changed his life. He thinks the world would have been a far better place if JFK had lived.

Nobody understood why the assassination happened. People were deeply confused. The President wasn’t supposed to die like this. Mr. Kennedy had brought a great surge of hope. Suddenly, the hope collapsed in this monumental tragedy! It was one of the worst tragedies in modern times, and it happened right here in the U.S. The event defied understanding—but only to people who don’t understand God’s plan for this earth.

People in Germany, Japan and other nations thought the assassination could cause World War III. There were rumors of a communist plot. Japanese people cried at a U.S. base in Japan. Tough German cab drivers wouldn’t take pay from American customers.

In South Africa, ships sounded their horns in a salute to the fallen President. They followed an American ship’s lead in lowering their flags to half-mast.

Citizens in Senegal, Africa, came to visit Peace Corps volunteers and tell them their President was dead. Many Senegalese citizens came to visit, shook hands, stayed five minutes or so without saying a word and then left.

The impact on the world was phenomenal.

Many Americans thought everything was going well, until November 22, 1963. After that, nothing seemed to go right. The assassination seemed to be a forerunner of a U.S. decline. We became bogged down in the Vietnam War. Martin Luther King and Bobby Kennedy were later assassinated.

Is there hope for the U.S. today? America’s problems are far worse now than they were when JFK died. Violent crime is out of control. There are serious racial problems. Drugs are spreading like wildfire. AIDS has reached epidemic proportions. Families are disintegrating. Will the tree of hope blossom again for America and the world?

The Kennedy hope was a grandiose illusion! This world desperately needs hope. But there has never been hope in man, in spite of what men think. We are about to learn this vital lesson. There is no hope in man. None! “Cease ye from man, whose breath is in his nostrils: for wherein is he to be accounted of?” (Isa. 2:22). When will we cease looking to man, who lives and dies like an animal? Why should we ever put hope in man? God says we must put our hope in Him. He doesn’t die and He is omnipotent.

There was a man who walked this earth almost 2,000 years ago who was younger than JFK when He was assassinated. His name was Jesus Christ. He came with a message of hope. That message got Him killed. But hope didn’t die when Christ died. In fact, for the first time there was real hope for mankind. Our Saviour had successfully lived a sinless life and was able to pay for our sins. Then there was a great abundance of hope for man.

Still, men continue to place hope in men “whose breath is in his nostrils.” How foolish!

Every man who commits that faithless mistake is destined to have his hopes shattered. America and the world are going through a process of learning the hard way that there is no hope in man. When we finally learn that lesson, we can then turn to the great God where there is super abundant hope! May God speed that day.