One hundred and thirty-five years after Lincoln’s Emancipation Proclamation, slavery is still a thriving industry. 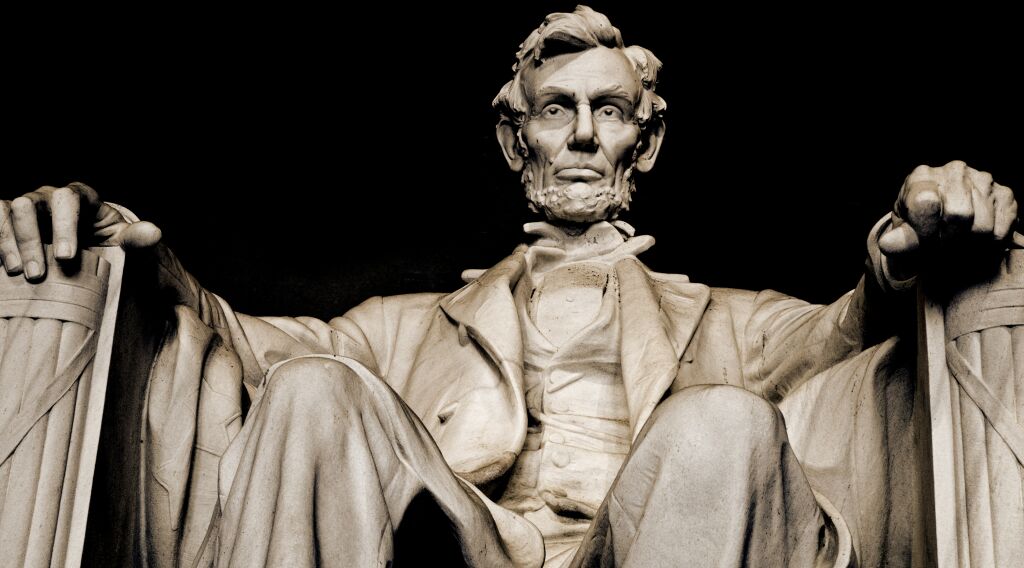 One hundred and thirty-five years after Lincoln’s Emancipation Proclamation, slavery is still a thriving industry.

“The time has come,” Abraham Lincoln assured his advisers, “when these sentiments should be uttered; and if it is decreed that I should go down because of this speech, then let me go down linked to the truth—let me die in the advocacy of what is just and right.” Lincoln was preparing for perhaps the most controversial speech of his life. It was 1858. His future as a presidential candidate was on the line. All of his advisers pleaded against delivering the speech. But he was determined to do so, even if it meant ruin politically.

In the late 1850s, political debate raged in the United States over the question of slavery in new states. Lincoln’s lifelong political rival, Stephen Douglas, had successfully lobbied for Congress to allow the people of each state to decide for themselves if they wanted slavery or not. Lincoln felt slavery should be kept in the South, hoping that, if contained, it would eventually die there.

In 1857, the Dred Scott decision struck a further blow to Lincoln and those in favor of abolishing slavery. Dred Scott was a slave who sought freedom through the courts because he at one time lived in a free state. The court denied his request on grounds that as a slave, he was his owner’s property, not a citizen of the United States.

This is what led up to Lincoln’s famous “House Divided” speech, given at the Republican State Convention in Springfield, Illinois. Lincoln’s speech publicly established his position on the slavery issue and instantly set him apart as the foremost authority on abolitionism.

Lincoln began his speech by saying that if we know where we are and where we are going, then we might better understand what to do and how to do it. For those answers, Lincoln turned to history. He said, “In my opinion, [slavery] will not cease until a crisis shall have been reached, and passed. ‘A house divided against itself cannot stand.’ I believe this government cannot endure permanently half slave and half free. I do not expect the Union to be dissolved—I do not expect the house to fall—but I do expect it will cease to be divided. It will become all one thing, or all the other.”

He said, “Either the opponents of slavery will arrest the further spread of it, and place it where the public mind shall rest in the belief that it is in course of ultimate extinction; or its advocates will push it forward, till it shall become alike lawful in all the states, old as well as new—North as well as South.” For Southerners, those were fighting words.

Lincoln’s “house divided” metaphor was familiar to most Bible-reading Americans back then, as it is mentioned in three of the Gospels.

Lincoln was quoting a reliable source during his “House Divided” speech! No wonder he was so determined. No wonder he adamantly defended that speech a year after he delivered it. One hot summer evening in 1859, while dining with friends, he said, “Well gentlemen, you may think that speech was a mistake, but I never have believed it was, and you will see the day when you will consider it was the wisest thing I ever said.”

Lincoln (and Christ) knew that there has not been one good thing in man’s 6,000-year history to come out of division. Lincoln knew that division, unless some great crisis corrects the chasm before it is too late, can only end in ruin.

Today, America faces a crisis comparable to that of the mid-19th century. And once again, it revolves around this issue of slavery.

“Slavery,” like the “house divided,” is a Biblical metaphor. It is used throughout the Bible to depict the oppressive, demanding nature of sin. We find in Hebrews 11:24-26 that Egypt is pictured as a type of sin, and when the Israelites came out of Egypt, it typed our flight out of the ways of this world; the ways of the flesh; the way of sin. Paul said in Romans 7:14, “For we know that the law is spiritual: but I am carnal, sold under sin.”

This way of sin is defined throughout the Old and New Testaments. Of course, I John 3:4 says sin is the transgression of the law. But there are many verses which are more specific. Paul clearly defined this law in Romans 13:9: “For this, Thou shalt not commit adultery, Thou shalt not kill, Thou shalt not steal, Thou shalt not bear false witness, Thou shalt not covet; and if there be any other commandment, it is briefly comprehended in this saying, namely, Thou shalt love thy neighbour as thyself.” In other words, Paul said, if you break any of these laws, that is sin. And sin, as we have seen, is slavery.

Elsewhere, Paul wrote, “Be not deceived: neither fornicators, nor idolaters, nor adulterers, nor effeminate, nor abusers of themselves with mankind [homosexuals], Nor thieves, nor covetous, nor drunkards, nor revilers, nor extortioners, shall inherit the kingdom of God” (I Cor. 6:9-10). It’s God’s will that we be emancipated from that way of life. So He sent His Son to pay for our past sins (Rom. 3:25), that we might live in freedom—free from the slavery of sin—free to live in righteousness.

Now, for the most part, people in our society are hostile to Christ’s message of freedom. In fact, it has gotten much worse in these last days than at any other time in our history. Most today even reject the deeply religious morality the United States of America was founded upon. To them, it is old-fashioned; outdated. Instead, they preach a new morality. The preachers of this new religion advocate absolute freedom—not the kind of freedom preached by our Founding Fathers which they based on religious principles; not the kind of freedom from the sins of the flesh preached by Christ. Their message of “absolute freedom,” as Jesus clearly explained, actually means slavery.

The apostle Peter spoke about these “absolute freedom” preachers in his second general epistle: “They promise them freedom, but they themselves are slaves of corruption; for whatever overcomes a man, to that he is enslaved” (II Pet. 2:19, Revised Standard Version).

The “absolute freedom” agenda proclaimed by higher education and popular culture is actually a message advocating slavery. Its proponents favor enslavement to lust, competition, sexual perversion and deceit. They are able to persuade a large majority to this agenda because being enslaved by lusts does at first seem pleasurable and right. But in time, it always ends in misery, pain and suffering. The “absolute freedom” party used to be in the minority; it used to be a counterculture. But like cancer it has spread across the Union, from state to state. Now it is the popular culture.

There are still a handful of abolitionists though. This party, now in the minority, would have all men to be free—free from the slavery of sin. This party advocates real liberty—freedom to live according to God’s spiritual law; the way of life which produces honest, successful lives, happy marriages and well-behaved children. The abolitionists’ ultimate objective is to emancipate all who live in slavery.

Once again America is deeply divided; and once again, our great division revolves around slavery. It is not as visible or as obvious as it was in the 19th century, but it is equally divisive, and far more dangerous, for one simple reason: This time there is no national leader to lead this nation out of the evils of slavery. There is no Lincoln to save the Union.

A kingdom divided against itself cannot stand. Given time, it will either become all one thing, or all the other. The Union will either be saved, or the pro-slavery agenda will win. Look around you to see which moral agenda is winning. We live in one of the nastiest societies man has ever developed. Every kind of perverted sin has multiplied. Nothing has been able to curb our immoral appetites. More and more supporters are converting to the pro-slavery party. Like in the 1850s, the pro-slavery party is on the verge of winning.

But soon, as Christ immutably prophesied in numerous scriptures, just as slavery appears to engulf the whole nation—the entire world, in fact—He will return to this earth with His proclamation of emancipation. He originated the “house divided” metaphor; more than anyone else, He knows what it takes to build a stable society that works. When Christ sets up His Kingdom, all slaves, everywhere, will finally come to understand what real freedom is.