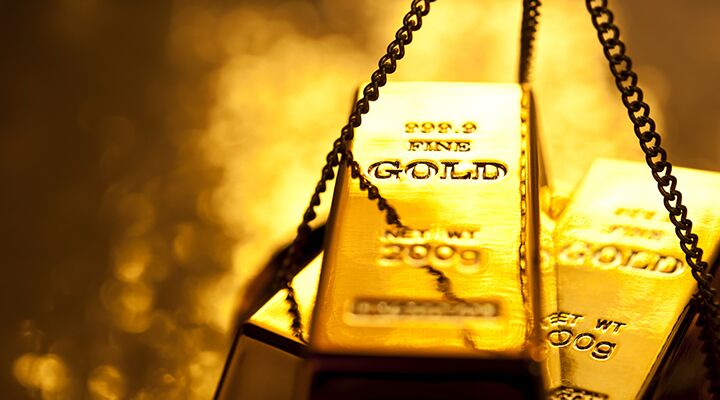 Economic conflict between Europe and the U.S. Federal Reserve is intensifying.

The central bank of the Netherlands announced November 28 that it is repatriating $5 billion worth of gold. The 122-ton stockpile of gleaming bars represents 20 percent of the Netherlands’ total gold supply. It also represents the world’s dwindling confidence in the United States as a safe house for foreign gold.

The Dutch are the latest participants in a movement repatriating large quantities of international gold held in the States. The trend toward bringing gold stores home has started to take hold in recent years, sparked by the 2008 financial crisis and fanned by the U.S.’s continued reckless financial policies. Germany announced in January 2013 it would repatriate 300 metric tons of gold from the U.S. and 374 metric tons from France—the largest gold transport on record.

Before the trend took hold in Europe, nations such as Iran, Venezuela and Libya were repatriating their gold. The 2013 move by Germany—the real economic and political leader of Europe—blazed the trail, leaving a clear path for other European nations to follow. The trend extends beyond those nations hostile to the U.S.; it is now trending throughout the Western world.

The 2013 move by Germany—the real economic and political leader of Europe—blazed the trail, leaving a clear path for other European nations to follow.
Even the Swiss government was forced to hold a referendum to see if gold should be brought home. The referendum was aptly named “Save Our Swiss Gold.” While soundly defeated, the fact that this referendum was forced on the country shows that the issue is boiling to the surface in Europe.

Another nation that may soon follow in Germany’s and the Netherlands’ footsteps is France. Right-wing leader Marine Le Pen has demanded that all French gold be brought home and that the French gold sales program be discontinued immediately. As the main opposition leader, and a likely candidate for the presidency in the next election, Le Pen has substantial weight behind her demands.

Ramming home the urgency of her demands, Le Pen concluded, “The stakes are high; it is the future of France in question!”

Amsterdam appears to have reached and acted upon the same conclusion. The logical question is, who else is thinking this way? The U.S. holds the world’s largest stockpile of gold—around 75 percent—so no doubt repatriation is on the minds of a few nations.

America hasn’t made much of an attempt to ease concerns. The national debt topped the $18 trillion dollar mark on November 28. Nations undoubtedly wonder what the U.S. plans to back its currency with. Germany’s gold repatriation plans are a glimmering wake-up call to nations with gold reserves in the United States.

Germany called on the U.S. for transparency about its gold holdings, requesting an audit of German gold. However, its auditors were left skeptical after they were allowed to see only a small portion of its gold in Fort Knox. The blatant lack of transparency has fueled speculation that the U.S. has used Germany’s gold to fund its fighting, and bail out its banks.

The national debt topped the $18 trillion dollar mark on Tuesday.
In Germany, this has led to the establishment of “Holt unser Gold Heim” (Repatriate Our Gold). It is an initiative comprised of German elites determined to gain a full and comprehensive audit of German gold, and the repatriation thereof. These are groups that are growing increasingly vocal throughout Europe. And it is these groups that are starting to gain the backing of their respective governments.

While Switzerland knocked the proposal down, the French look to be picking it up. Like the first pebbles of an avalanche, the U.S. Federal Reserve may suddenly be buried under immense pressure to conduct an audit of all the gold stored in Fort Knox and let nations know where their portions lie.

Should such a time come, nations may quickly discover that their gold was used to prop up banks and fund wars. If so, the Fed will have to buy all that gold that it used. The repatriation trend is setting Europe up for confrontation with the Fed.

Watch as the momentum toward repatriation grows. If the Fed opens the doors to reveal empty vaults, it will mean the end of the U.S. dollar. If the gold is there, and the foreign nations take it, the U.S. will lose another massive advantage: leverage.

Consider Germany. Why was so much of its gold held in the U.S. in the first place? One of the primary reasons it was was taken after World War ii was to ensure that should Germany rise again, it would not have access to a vast portion of its wealth. Yet today, Germany and even belligerent nations like Iran are allowed to remove their gold!

The U.S. is quickly losing the leverage it once had, and is simultaneously endangering itself to the economic power bloc of Europe—led by the gold-laden Germany.

Read Trumpet columnist Robert Morley’s article “German Gold Repatriation Signals Economic War,” and you will see how repatriation is one more step toward a dominant militarized German-led Europe and its military conflict with the United States!