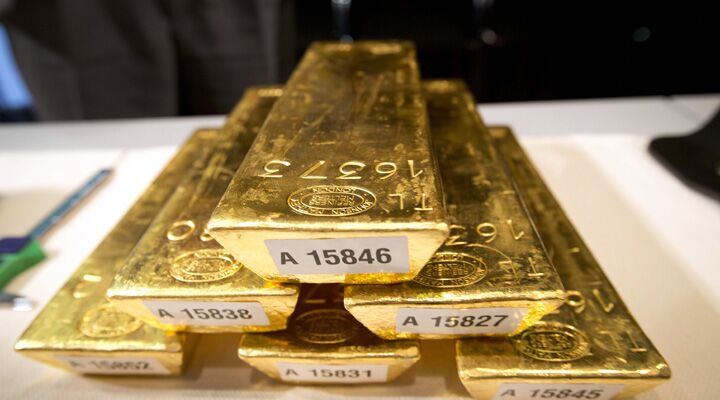 But does it signal looming hot war too?

On January 16, Germany’s central bank made a startling announcement. It asked for the return of gold stored in America and France. Six hundred and seventy-four gleaming tonnes will be relocated to vaults in Frankfurt.

The statement by the second-biggest gold holder in the world sent a shudder through global markets. Newspapers went into speculation overdrive. Why would Germany ask for its gold back now? Did Germany no longer trust America to hold its gold?

Veteran gold trader Jim Sinclair said the Bundesbank’s announcement was a warning that investors should take physical delivery of their gold—that in an atmosphere of skyrocketing debt and slowing economies, counter party risk was growing: “This sends a message about storing gold near you and taking delivery no matter who is holding it.”

According to Sinclair, the announcement signaled an astounding breakdown in trust between Germany and America. “When France did this years ago it sent panic amongst the U.S. financial leadership. History will look back on this salvo as being the beginning of the end of the U.S. dollar as the reserve currency of choice,” he said.

The incident Sinclair is referring to is the notorious failure of the Bretton Woods currency system in 1971. By order of President Nixon, America defaulted on its gold obligations. From then on, only paper currency would be used to pay America’s debts. Foreign nations, led by France, balked, but they lost the battle. America went off the gold standard, and today’s fiat, floating currency system resulted.

Has America finally printed one too many dollars out of thin air? Has Germany finally had enough of America’s handling of the global financial system? German fear of inflation from money printing is well telegraphed. The Bundesbank has fought the European Central Bank over its quantitative easing programs.

Is Germany now signaling that a confrontation with the Federal Reserve is immediate? And that Germany will throw its weight behind those who are pushing for an alternative global reserve currency to the dollar?

Probably not quite yet, at least not in a big way.

Germany has another fish to fry first—one that comes with escargot appetizers.

But first, why is Germany’s gold held in New York, London and Paris anyway? Why doesn’t it hold its own gold? According to the Bundesbank, the reason is twofold.

First, storing gold in America makes it easier to sell, or pledge, in case of an economic emergency. It is easier for others to quickly take ownership of it.

The second reason is that it was deemed safer to spread Germany’s gold out during the Cold War to protect it from the Soviets. According to the Bundesbank, that is no longer a concern. That Germany feels safe enough to bring it home speaks volumes about Germany’s changing relationship with Russia.

But there is a third—far more important, and unmentioned—reason Germany’s gold isn’t kept at home.

Following Germany’s defeat in World War ii, it was the Allies’ purpose to ensure that Germany could never again disturb the peace of the world. Forcing Germany to store its gold overseas was the primary financial mechanism preventing Germany from ever starting another war. As analyst Byron King notes, “One way for the U.S., Britain and France to keep a leash on Germany was to keep ‘German’ gold under control outside of that country’s borders.”

As long as the Allies controlled Germany’s gold, the Allies had a conqueror’s insurance policy that ensured Germany would not once again strike out on its own and disturb the peace. Without its gold, Germany’s currency, and thus its economy, could be destroyed virtually overnight.

Now America, Britain and France appear to think that insurance policy is no longer needed. It will be a tragic mistake.

Germany’s Bundesbank noted that it has already repatriated most of its gold from London. Frankfurt has retaken possession of 850 tonnes out of 1,300 tonnes stored across the Channel. Now it is repatriating 300 tonnes of gold from America, which equates to about 20 percent of its holdings in the U.S.

Interestingly, the German central bank says it will take seven years to get its gold from America. What is that all about? Why would America need seven years to transfer what is essentially a bunch of bricks? Is America still hesitating at relinquishing control over Germany?

The most important part of Germany’s announcement, though, may be that it is taking full custody of all of its gold held in Paris. All 374 tonnes will be transferred home—and you can be sure it won’t take seven years. It took less than three years for Germany to remove more than twice that much from Britain.

This is a sign that Germany is about to stop playing Mr. Nice Guy with France.

A big battle is raging over control of Europe’s economic destiny. Northern Europe, led by Germany, is fighting for control of the European Central Bank against a group of mostly southern nations led by France. The outcome will impact euro exchange rates, debt markets, employment, social stability—and ultimately, even which countries will remain part of the eurozone.

“The Germans kind of feel like they’ve been overrun in this decision-making process,” says Michael C. Burda, an economist at the Humboldt University of Berlin. Bringing the gold home, he said, “is just a signal that Germany is not going to take this much longer.”

Germany is getting ready to deal emphatically, and once and for all, with France. France is about to find out who the true financial power of Europe is. And Germany is signaling to the world that the days of its apologizing over its World War ii past are over. No longer will it weakly submit to Paris’s demands.

But after Berlin silences Paris, what will Germany’s next move be?

Here is what Trumpet editor in chief Gerald Flurry wrote after Russia invaded Georgia in 2008:

I believe it is very likely Germany and Russia have already cut a deal. … The presence of a deal between these two nations is not a sign of peace. Like the Molotov-Ribbentrop pact, and so many others before it, it is a sign of exactly the opposite. Both of these nations are looking to secure their shared border—so they can pursue their imperialistic aims elsewhere! It is a precursor to war! That is the way they operate! And the U.S. has no clue.

Germany has secured its border with Russia. Its willingness to store its gold in Frankfurt again is evidence it no longer fears Russia the way it once did. Now with its eastern flank secure, Germany is going after Paris for unchallenged control of Europe.

Then, once it is done subduing its only major counterweight in Europe, it will turn on America and Britain.

Germany’s old World War ii foes will soon regret turning Germany loose. The world is about to see a much stronger and aggressive German Bundesbank—and consequently, German nation. German confidence and power grows with each brick added to its already formidable stack of gold.