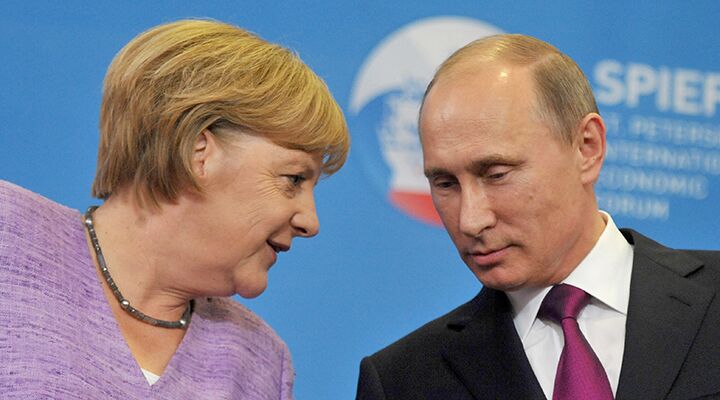 Did he make this statement because Russia has entered, or will soon enter, another secret pact with Germany?

Russian President Vladimir Putin said November 4 that he sees nothing wrong with the Molotov-Ribbentrop non-aggression pact that the Soviet Union made with Adolf Hitler’s Nazi Germany just days before World War ii broke out.

The Molotov–Ribbentrop Pact was a promise of non-belligerence by either party toward the other. Just a week after it was signed, Germany invaded Poland, officially igniting World War ii.

But the details of the Molotov–Ribbentrop agreement show that it was no declaration of pacifism by the Soviets. In fact, Putin knows full well that the pact included secret protocols that divided Poland, Romania, Lithuania, Latvia, Estonia and Finland into “spheres of influence” for Germany and for the Soviets. Until 1989, the Russians denied these protocols, but since then they have acknowledged them.

As a direct result of the protection from each other granted by the Molotov–Ribbentrop Pact, both the Soviets and the Nazis ravaged Poland. The ussr captured and executed more than 20,000 Poles in the 1940 Katyn massacre, and the Germans started a campaign that slaughtered around 3 million Polish Jews.

Is that behavior justified because “those were the foreign policy methods” at the time?

Putin’s endorsement of the pact is significant because of the long history of conflict between Germany and Russia. There have been seasons of cooperation between the two sides, such as the 1922 Treaty of Rapallo and the aforementioned Molotov-Ribbentrop Pact. But such seasons have been brief, and have generally been the autumn just before winters of war.

The Trumpet has predicted that another such pact between the Russian Federation and Germany is imminent, and that it will be a precursor to a conflict larger than any the world has ever seen. In 2009, columnist Brad Macdonald wrote:

History is consistent on this point: Germany and Russia are not close friends, and any appearance that they are is a harbinger of conflict. … History tells us where this will end. The formation of a peace pact between Russia and Germany is a sure sign that one or both are preparing to engage in an imperialistic, violent mission. Watch German-Russian relations carefully: It appears another Molotov-Ribbentrop pact is imminent.

In the Trumpet’s November-December 2008 issue, editor in chief Gerald Flurry said that a new Russo-German pact may already be in place:

Vladimir Putin’s endorsement of the Soviet Union’s pact with Hitler suggests that the idea of a modern equivalent agreement may well be on his mind.