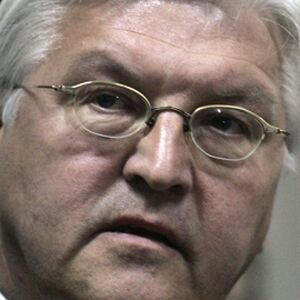 History shows that budding relations between Russia and Germany are a sure sign of conflict.

There’s a certain point before every war when conflict becomes inevitable. When this point is breached, no amount of negotiation or compromise will stem the impending carnage.

In the case of World War ii, that point occurred close to midnight on Aug. 21, 1939, when the music stopped playing on Berlin radio and the following announcement was made: “The Reich government and the Soviet government have agreed to conclude a pact of nonaggression with each other.” The Molotov-Ribbentrop Pact was signed two days later. Hitler had allayed his primary fear; the eastern front was secure. Russia was his friend.

Germany and Russia have a long history of conflict. There have been bouts of cooperation, such as the Treaty of Rapallo in 1922 and the Molotov-Ribbentrop Pact in 1939. But these were marriages of convenience—forged out of mutual strategic necessity in the lead-up to major conflict—which always ended in divorce, often violent.

History is consistent on this point: Germany and Russia are not close friends, and any appearance that they are is a harbinger of conflict.

During a visit to Russia last week, German Foreign Minister Frank-Walter Steinmeier waxed eloquent on the relationship between Russia and Germany, stating that “Russia is an indispensable partner for Germany and the European Union,” and touting “German-Russian cooperation as a model of interaction, so that both sides will benefit if our potential is united” (emphasis mine throughout).

Steinmeier’s remarks are deeply disturbing to students of history. “One cannot fault the rest of the world if it takes Steinmeier’s comments with a bit of apprehension,” mused Stratfor. “The last time Germany and Russia ‘united their potential,’ the result was the Molotov-Ribbentrop Pact, which carved up Eastern Europe between the Soviet Union and the Third Reich in 1939” (June 11). This premier intelligence organization is considering Russian-German relations through the grim prism of history and says there’s cause for apprehension.

Truth is, the formation of a Russian-German axis is currently one of the most significant and underrated trends on the world scene!

It is not insignificant that Germany’s thriving relationship with Russia is occurring concurrent with the meltdown of the U.S.-Germany relationship. Tension and disagreement has flared up recently between America and Germany on issues of all shapes and sizes—from the war in Afghanistan, to dealing with the global financial crisis, to Guantanamo prisoners, to dealing with Russia. This rift was especially noticeable earlier this month when President Barack Obama briefly visited Germany (on his way to France), where he was more a tourist than a president, skipping around sites in Dresden (he didn’t stop in Berlin) and only meeting briefly with German Chancellor Angela Merkel.

These are not superficial, short-lived differences. Fundamentally, they’re the result of a long-developing shift in Europe’s geopolitical tectonic plates that began with German reunification in 1989 and is now peaking. Germany has spent the last 20 years reinventing its reputation in Europe (and the world) and establishing itself as the economic, military, demographic and geopolitical leader on the Continent. Berlin’s differences with Washington, Stratfor wrote, are “symptoms of a long-term trend—Germany’s rise to a preeminent position in Europe” (June 5).

Berlin’s ascendancy is undermining the interests of the United States in Europe. Stratfor continued: “In almost 65 years of diplomacy following the defeat of the Third Reich, the key U.S. strategy in Europe has been to prevent the rise of a single powerful political entity that could block U.S. interests in the region. The Germany of 2009 is giving the United States the first glimmer of such an entity.“

Germany’s decision to engage Russia, even though it means upsetting the U.S., is a sign that a “a single powerful political entity” has emerged in Europe!

Russia recognizes this reality and is positioning itself accordingly. Unlike America, the Kremlin is well aware of European history and sees that Germany has restored itself as the dominant power and natural leader of Europe. By forging closer ties with Berlin, the Russians are getting on good terms with the political, military and economic entity that will determine Europe’s future. Today Washington still asks the same question Henry Kissinger famously asked: “If I want to call Europe, who do I call?” Well, the Kremlin knows exactly who to call: That’s why it has established a direct line to Berlin!

The Kremlin is also cognizant of the deep fissures in the U.S.-German relationship and is working hard to woo Berlin further away from Washington. Consider the Opel saga, for example. Opel is a European subsidiary of America’s General Motors. Until recently, Opel, like its parent company in the U.S., was on the brink of collapse—a collapse that would have severely impacted parts of the German economy (thousands of Germans are employed in Opel plants) as well as the political fortunes of German Chancellor Merkel, who is seeking reelection in September. Despite cries for help from Berlin, Washington did not make even a token attempt to save Opel, essentially ignoring German concerns. Russia was more helpful. Seeing an opportunity, the Kremlin swooped in with an eleventh-hour deal that saved Opel, the jobs of thousands of Germans, and possibly the political future of Angela Merkel come September.

“The last-minute assist by the Kremlin might be the first glimpse of a new political alliance developing in Europe,” wrote Stratfor (op. cit.).

This was indeed a glimpse of a new political alliance taking shape in Europe, but it wasn’t the first. The world got a strong whiff of the Russian-German alliance last August when Russia steamrolled Georgia and Germany barely raised an eyebrow. Trumpet editor in chief Gerald Flurry wrote at the time: “I believe Germany may well have been complicit in Russia’s plan to attack Georgia!” That statement was supported by later events. In January, for example, when Russia shut off natural gas supplies to Ukraine, Germany actually sided with the Kremlin. Now Russia is reciprocating by coming to the rescue of Germany and bailing out Opel.

It’s also interesting, as Straftor has observed, that every time Russia or Germany meets with America, those meetings are followed by a meeting between Berlin and Moscow. Steinmeier’s meeting with Putin and Medvedev in Russia last week occurred just a week after Obama met with Merkel in Dresden. In July, Merkel and Medvedev will get together shortly after Medvedev meets with Obama. “The pattern to discern in this schedule,” Stratfor wrote, “is that the Russian and German leaders are presenting a united front after every substantial meeting with Washington” (ibid.).

The trend is obvious: Russia and Germany are forging a relationship almost in defiance of the United States!

History tells us where this will end. The formation of a peace pact between Russia and Germany is a sure sign that one or both are preparing to engage in an imperialistic, violent mission. Watch German-Russian relations carefully: It appears another Molotov-Ribbentrop pact is imminent. In fact, as Gerald Flurry wrote last year, such an agreement may already be in place.

But did you know that Germany and Russia have probably already dealt with their most urgent differences? … I believe that Germany’s leaders may have already agreed to a deal with Russia, a modern Hitler-Stalin pact where Germany and Russia divide countries and assets between themselves. This agreement would allow each to turn its sights on other targets.

That is a bold statement. Moreover, it was made before Germany sided with Russia in the Ukraine gas crisis, before things really began to fall apart in the U.S.-Germany relationship and before Russia came to Germany’s aid by bailing-out Opel. Time and events are proving Mr. Flurry correct!