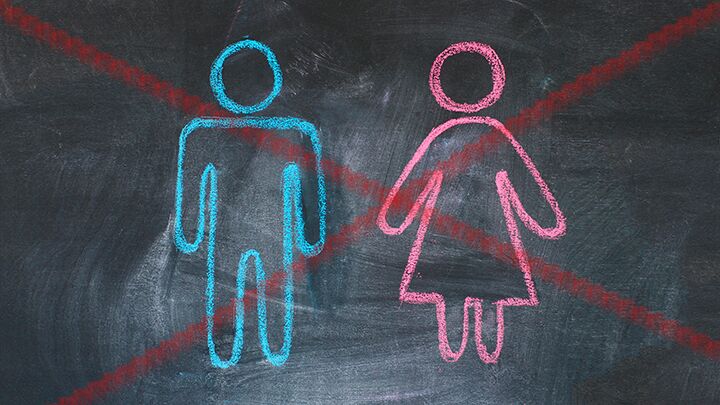 Wouldn’t you love to have your ‘birl’ or ‘goy’ sent there?

Personal pronouns are headed for the trash pile. A Lincoln, Nebraska, middle school advised its teachers at the beginning of the fall semester to use gender-inclusive expressions. Teachers are to veer away from gendered expressions, such as “boys and girls,” “guys,” or even “ladies and gentlemen.” They are instead encouraged to embrace less sexually-orientated terms, such as campers, athletes, readers or even “purple penguins.”

The middle school teachers were each given a 12-step handout to help them become more gender-inclusive. Here are some of the guidelines:

Point number 2: Teachers should develop classroom names. Teachers are not allowed to use the common expressions such as boys, girls or “you guys” to gain their students’ attention. The handout provides examples of what a teacher should say: “calling all readers” or “could all of the athletes come here.” Another example is, “purple penguins to meet on the rug.”

Other points in the handout call for the teacher to question students if they reference gender in a binary manner. “What makes you say that? I think of it differently,” is one way they are to challenge the students in order to train them to be more gender unidentifying.

So from now on, when a young girl asks the teacher, “May I go to the ladies’ restroom?” or a boy says, “I am going to play ultimate Frisbee with the other guys,” they are to be corrected for potentially making a gender-confused student uncomfortable.

The guidelines did not detail how the students should address the teacher. Are “Miss,” “Mrs.” and “Mr.” acceptable anymore? Perhaps they should just call the teacher by their first name? Here is a suggestion from a Vancouver, British Columbia, school that recently adopted a similar gender neutral policy: Just make up your own words. At that school, “he/she,” “him/her” and “his/hers” will be used in addition to the neutral pronouns “xe,” “xem,” “xyr.”

Trumpet columnist Joel Hilliker wrote in his “Let Boys Be Girls. Or Goys or Birls” article:

An effort is gaining ground to create a world where not just ‘sexual orientation,’ but sex itself, is a choice. Where boys can be girls and girls can be boys, or something in between. Where people are expected to ignore the biological reality of sex so that all people coexist androgynously, or according to whatever gender suits them at the moment. Where everyone pretends that gender confusion is normal, if not desirable, and anyone who doesn’t play along can be punished and silenced

Lincoln Superintendent Steve Joel said he was pleased with this new gender-inclusive curriculum. The district does not want any student to feel like an outcast. “We’re all there to learn,” Joel said. Accepting gender difference is a part of learning for students.

Is it any wonder American students chronically underperform compared to their international counterparts? Instead of teaching math and science, teachers are required to focus on this gobbledygook.

“We’re standing up for kids and making our schools safer and more inclusive,” board member Mike Lombardi said.

Joel Hilliker continued: “Our society has transformed into an immoral ‘do your own thing’ world that tolerates and accepts anything and everything. It is just as it was in Israel during the cursed and bloody period of the judges, when ‘every man did that which was right in his own eyes’ (Judges 17:6; 21:25). People pompously promote and push a way of life that ignores, insults, challenges and defies God in so many ways.”

How does God view this gender-inclusive curriculum indoctrinating our society? Read “Let Boys Be Girls. Or Goys or Birls” for the answer.