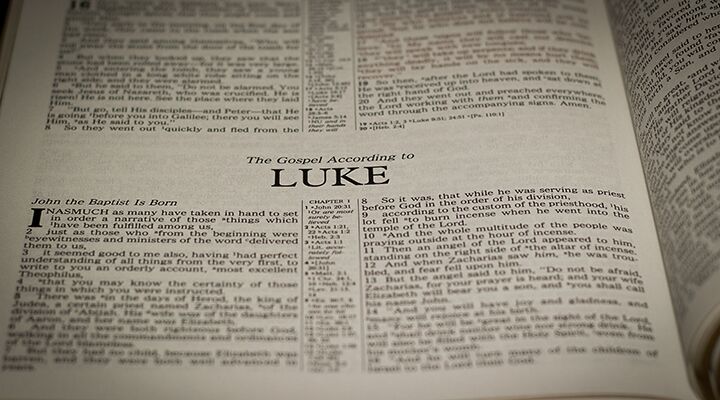 A key to understanding Bible prophecy

Bible prophecy is as real as the physical world around you. Though it might seem incredible, these advance news forecasts are as solid and trustworthy as the rest of the Holy Bible. One key point to understand about Bible prophecy is that it is often dual.

A dual prophecy is one that contains two different warnings: a warning for those who lived during the time when the prophecies were delivered, and a warning for the generation to which all aspects of the prophecy apply—for those who live in the “end time,” as some scriptures phrase it. When Scripture says “that generation,” it is referring to this modern generation; we are in the end time, and we can prove it.

In other words, many Bible prophecies have both an ancient and a modern fulfillment. Typically the ancient fulfillment is a partial fulfillment. Luke 21 contains a good example of a dual prophecy made by Jesus Christ Himself. Jesus’s disciples asked Him what would be the sign of His Second Coming. Christ answered with several prophecies, one of which was the destruction of Jerusalem (verses 20-24).

Many who study Bible prophecy believe that Luke 21 was completely fulfilled in a.d. 70 when the Roman Empire leveled Jerusalem. But Christ said His return would be preceded by the destruction of the city and dramatic heavenly signs and a great conflict so terrible that “there should no flesh be saved” unless He intervened. Other than the a.d. 70 destruction of Jerusalem, none of those things have happened—and Christ hasn’t returned. So how could Christ use that destruction of Jerusalem as a sign of His coming if He still hasn’t returned almost 2,000 years later? If Luke 21 is already fulfilled, then you are forced to believe that Christ was either mistaken or incapable of bringing prophecy to pass. But if you believe Christ really was and is the Son of God, you know that these prophecies must come to pass in a future fulfillment.

Thus Christ’s forecast of the destruction of Jerusalem must have two fulfillments, one ancient and one soon to come. This is a prime example of how prophecy is often dual. In many cases like this one, the ancient fulfillment is a forerunner. It constitutes a vivid type of what times will be like when the modern, complete fulfillment comes to pass.

So what does this mean for you?

It means these dire warnings are not just historical curiosities. They will come to pass again!

Many prophecies in the books of Ezekiel, Daniel, Leviticus and other books apply to us today. In fact, they apply even more directly today than when they were first delivered because their fulfillments in the “latter days” and the “end time,” as the Bible calls it, are more complete. The warnings weren’t just for an ancient people in their ancient kingdoms—it’s for our generation today in our modern nation-states and republics.

Further proof of the duality of these prophecies exist in today’s headlines. When you prove the identities of key prophetic nations—Israel, Judah, Babylon, Assyria, etc.—you find that their modern descendants are acting exactly how Isaiah, Jeremiah and others prophesied!

The Bible is real, and Bible prophecy is alive! You can put your faith in these words; you can stake your life on them.

To prove in greater detail whether Bible prophecy is largely dual, request Herbert W. Armstrong’s free book. It will revolutionize your understanding of the Bible. That book is The United States and Britain in Prophecy.