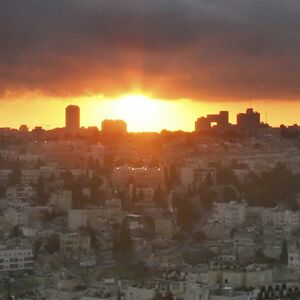 An obvious yet overlooked fact of biblical history

From beginning to end, the Bible is a book primarily about Israel—ancient Israel and spiritual Israel (the church). Ancient Israel was composed of 12 different tribes. Many today falsely assume that all 12 tribes are essentially Jewish, undoubtedly because the name “Israel” has been associated with the Jewish state since 1948.

Prior to that time, however, it was more generally understood that the Jewish people comprised only one of the 12 tribes of Israel.

Michael Oren brought out an interesting point in Power, Faith and Fantasy about the name selection for the Jewish state. Before settling on Israel, other names considered included Zion, Herzliya and Judah. Since the Jews make up one tribe of Israel, it’s not necessarily wrong to refer to them as Israelites. The error comes in assuming that all Israelites are Jews. Indeed, as any student of Old Testament history knows, most Israelites are not Jewish.

God promised Abraham that he would be the father of many nations, not just one (Genesis 17:1-6). The Jews have never been more than one nation. Furthermore, of all 12 tribes, God promised the greatest physical prosperity to Joseph, not Judah. Joseph was to receive the birthright promises (1 Chronicles 5:2). Judah received the “scepter” promise of a royal line beginning with King David and eventually culminating in Christ. Jesus was Jewish. He was not of the tribe of Joseph, which was to receive the super-abundant prosperity and power of the birthright promises.

The Bible reveals that the 12 tribes of Israel divided into two nations after Solomon died because of the burdensome taxes initiated by his successor, Rehoboam (1 Kings 12). Most of Israel instead chose to follow Jeroboam. As it says in 1 Kings 12:20, “… there was none that followed the house of David, but the tribe of Judah [or the Jews] only.”

Verse 21 reveals that the tribe of Benjamin also went with Judah. At this critical juncture in history, the 12 tribes of Israel became two separate nations. Those who followed David’s line included Judah, or the Jews, and Benjamin (and also part of the tribe of Levi, which other scriptures prove). They became known collectively as the nation of Judah.

But the majority of Israelitish tribes, including Joseph, which was to receive the material, birthright promises, followed Jeroboam and became known as the nation of Israel.

This is the most obvious, yet overlooked fact of biblical history. Anciently, the name Jew did not apply to the nation Israel. In fact, the first time the term “Jew” is used in the Bible, it is within the context of Jews fighting against Israelites! (2 Kings 16:5-6).

The history of each of these two nations, ancient Israel and Judah, was quite different, yet they both ended in disaster. 2 Kings 17:22 says, “For the children of Israel walked in all the sins of Jeroboam which he did; they departed not from them.” These sins continued through nine different dynasties, despite constant warnings from God’s prophets. God then removed the Israelites out of His sight, allowing them to be carried away captive into the land of Assyria—never to return again to Palestine (verse 23). That captivity began in 721 b.c.

After Israel was taken captive, Judah remained in Palestine for more than 100 years (verse 18). The Jews were eventually taken into captivity as well, but not by the Assyrians—they went into Babylonian captivity. At that point, none of the original 12 tribes of Israel resided in Palestine. Yet the book of Ezra shows that 70 years after Judah’s captivity, a Persian king allowed a group of Jews to return to Jerusalem in order to rebuild the temple. These people were of the nation of Judah (Ezra 1:5; 2:1).

Israel, on the other hand, was lost from world view, becoming known as the “lost 10 tribes.” Even though most in this world have not correctly identified these lost tribes, there was a time when it was at least more commonly known that they were definitely not Jewish. Oren, for instance, says many American colonists traced the lineage of Native Americans to the lost 10 tribes.

A search through the archives of the New York Times reveals how much speculation there was during the 1800s about where the lost 10 tribes migrated after their Assyrian captivity. Consider this headline from 1885: “Afghans and Their Home—Are They Descendents of Israel’s Lost Tribes?” The Times wrote, “A very ingenious attempt to connect the Afghans with the 10 lost tribes of Israel was made by Sir G.H. Rose, in a pamphlet issued 30 odd years ago. The Old Testament was abundantly drawn upon to show that the tribes disappeared toward the east …” (April 19, 1885).

Of special significance is that during the same time period the New York Times printed numerous articles in favor of the establishment of a Jewish state in Palestine, there were several other articles containing speculation about where the lost 10 tribes might have migrated to. Clearly, people then knew the lost 10 tribes were not Jewish.

Where, then, did they go? While G.H. Rose thought they might have moved east, there is abundant evidence from the Old Testament revealing that they disappeared northwest of Palestine—primarily settling into the northwestern nations of Europe, the British islands and eventually the United States of America!

God, remember, told Abraham he would be the father of many nations. More specifically, He promised the two sons of Joseph, Ephraim and Manasseh, the greatest physical blessings of all—the birthright promises. Manasseh was to develop as one of the greatest and most prosperous nations in history. Ephraim was to develop into a multitude of nations—a world empire that spanned the globe.

In a 1969 article about the work of Herbert W. Armstrong, the New York Times wrote, “Another important teaching of the … movement is that the English and American peoples are the descendants of the tribes of Ephraim and Manasseh …” (Oct. 10, 1969). The Times estimated that this teaching had more than 2 million adherents in America. This widespread awareness of the truth about ancient Israel’s lost identity can be attributed primarily to the dispensation of Mr. Armstrong’s most popular work, The United States and Britain in Prophecy—requested by more than 6 million people during the 20th century! To prove the latter-day identity of the lost 10 tribes, in particular the tribes of Ephraim and Manasseh, please request your own copy of Mr. Armstrong’s book. We give it away for free.