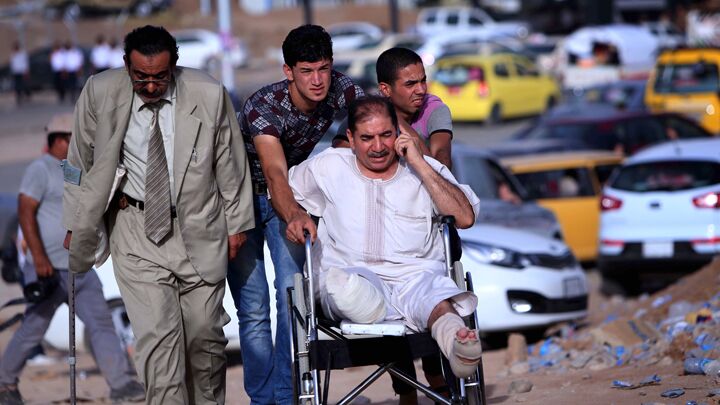 A classic example of how weakness empowers terrorists

The terrorists looted 500 billion Iraqi dinars (us$429 million) from Mosul’s central bank and many other banks in the city. Unspecified quantities of gold bullion have also been seized, making isis perhaps the wealthiest terrorist organization in the world. This also makes isis a tougher foe for the Iraqi government to curtail, let alone defeat.

Along with the cash, isis took over Mosul’s airport, tv stations, police stations and military bases. It gained control of advanced military hardware, most of which was supplied by the United States but abandoned by Iraq’s overwhelmed, fleeing military. All in all, about 500,000 people, soldiers and civilians alike, have fled the city—almost a third of its 1.4 million population. One thousand inmates incarcerated at Mosul’s central prison have been released on the city’s streets.

By taking Mosul, isis has taken over a major transportation and trade hub with Turkey, Iraq’s northern neighbor, as well as a major pipeline carrying 15 percent of Iraqi oil.

Mosul was the last urban city the United States secured during the Iraq War. That effort—measured in blood—appears to have been spent in vain.

Prime Minister Nouri al-Maliki has called for parliament to declare a state of emergency in Mosul. The Iraqi government has even asked civilian men to volunteer in the fight against the isis takeover.

Just a day after the Mosul coup, isis took over Tikrit, a city halfway between Mosul and the capital Baghdad. “All of Tikrit is in the hands of the militants,” declared one police officer. isis militants took over Fallujah back in January. The terrorist group has a strong presence in northern Syria, fighting against the Assad regime. isis’s grand goal is to create a Sunni Islamic caliphate across the Syrian-Iraqi border. It has been empowered by the weak, Iranian-backed, Shiite government in Iraq and U.S. weakness in Iraq and Syria. Meanwhile, Iranian officials are calling for an international response to isis’s exploits in Iraq. A Najaf-based representative of Iran’s Ayatollah Ali Khamenei has even called for Shiites to join Iraqi security forces against isis.

After America’s largely unsuccessful campaign in Iraq and its inaction in Syria, terrorist organizations like the Islamic State of Iraq and Syria are growing in power, destabilizing the region and priming the Middle East for the fulfillment of prophesied alliances and factions in the Islamic world.

With the fall of Fallujah, Mosul and Tikrit, you might wonder what the U.S. accomplished in Iraq. If so, you should watch our video “Where Americans Died in Vain.”