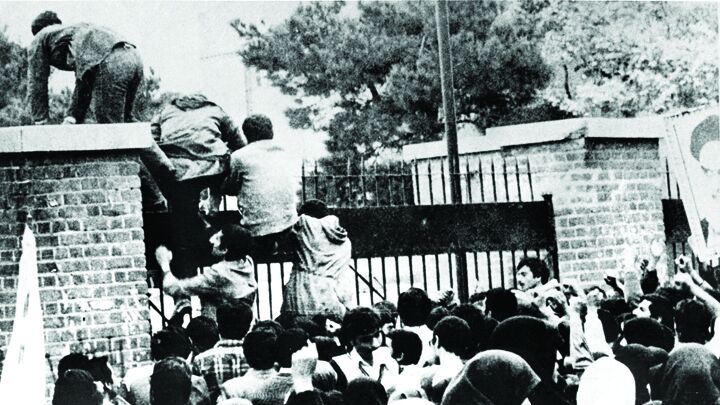 For 444 days in 1979 to 1981, Iran held U.S. Embassy workers hostage. It was one of the most humiliating experiences in American history. Never was America more dishonored and disgraced before the entire world.

Yet, in the past three decades, we have done little to remove the lingering shame of that event.

Recently, Iran sent a new ambassador, Hamid Abutalebi, to the United Nations—a man who was personally involved in the hostage debacle. Why would Iran do such a thing? In essence, it is for the same reason the Iranians took the American hostages 35 years ago: Iran despises the United States, and will do all it can to humiliate America before the eyes of the world.

By appointing Abutalebi to the UN, Iran is sending a message—a message about how weak America is, and how strong Iran is.

The United States has moved to prevent issuing Abutalebi an entrance visa into America. But Iran is standing by its selection to the post, claiming America is breaking international law. This is yet another sign of Iran’s disdain for American power.

This is just one example among countless demonstrations of how weak and powerless America has become in the world today. These kinds of provocations are routine. Most people today think that such matters aren’t very important. They are grievously mistaken.

There was a teenager in the Bible who demonstrated exactly how to handle a situation like this with Iran. His example ought to resonate with us today because of the way America is conducting itself.

When King Saul ruled the nation of Israel, it suffered from a shameful lack of faith and courage. David, still a teenager, visited the army at the battlefront and saw Israel’s soldiers—who should have been the picture of faith-filled valor—cowering in fear before a Philistine warrior.

In times of crisis, real warriors come to the surface and demonstrate their leadership.

“And all the men of Israel, when they saw the man, fled from him, and were sore afraid” (1 Samuel 17:24). Saul offered a great reward to anyone who would stand up to Goliath. But no one would fight, even for riches. You see the same pathetic spirit of timidity and fear in the United States today.

Why were these men so shamefully fearful? It was primarily because of Saul’s poor leadership. Young David had a totally different spirit. “And David spake to the men that stood by him, saying, What shall be done to the man that killeth this Philistine, and taketh away the reproach from Israel? for who is this uncircumcised Philistine, that he should defy the armies of the living God?” (verse 26).

This was a real crisis of Israel’s leadership! It is exactly the state to which America has descended. And young David is a picture of the kind of leadership necessary to empower the nation—even today.

In times of crisis, real warriors come to the surface and demonstrate their leadership.

David wanted to remove the “reproach” this situation was bringing on Israel. That word means scorn, contempt, vile dishonor. That is what the Philistines had brought on the nation! David took that as a personal insult!

Don’t we see the exact same reproachful attitude today toward the United States by nations such as Iran, Russia and China? Nations all over this Earth routinely despise and taunt the United States, regardless of America’s superior strength. There is no respect or fear of the United States.

Where is the David-like leader to stand up and defend the honor of the nation?

Who in America would stand up and fight for the honor of their nation—or even the honor of God? Even America’s valiant soldiers are restrained by disgraceful and incoherent policies from the top. No longer do the nations of Israel fight for their own honor.

The giant Goliath came out every day yelling taunts and belittling the army of Israel. Weeks went by and no one in Israel was willing to shut Goliath’s mouth.

Hearing this, David was dumbfounded. He asked, Isn’t there a cause to stand up for Israel and for God? Isn’t this man’s belittling speech which brings dishonor to our nation and God enough to go and make him shut his mouth? (verse 29).

This bold teenager stepped right to the front of the army and volunteered to take on the giant himself. He said, “The Lord that delivered me out of the paw of the lion, and out of the paw of the bear, he will deliver me out of the hand of this Philistine” (verse 37). Some will read that in their Bible and find it hard to believe. But is it really so impossible that the God who created man, his mind and the universe couldn’t somehow empower a man to kill a lion, a bear and a giant?

When David confronted Goliath, he said, “Thou comest to me with a sword, and with a spear, and with a shield: but I come to thee in the name of the Lord of hosts, the God of the armies of Israel, whom thou hast defied. This day will the Lord deliver thee into mine hand; and I will smite thee, and take thine head from thee; and I will give the carcasses of the host of the Philistines this day unto the fowls of the air, and to the wild beasts of the earth; that all the earth may know that there is a God in Israel” (verses 45-46).

Here was David’s true cause: He wanted to show the whole world there was a living God in Israel!

In this, David set an earthshaking example for all of mankind!

David asked, Who was this uncircumcised Philistine to dare mock God? No one in Israel, apart from this young teenager, was willing to stand up and exercise some faith in the living God. The people’s inaction sickened this young man! David’s example showed all the Israelites how contemptible they were because they wouldn’t fight for God’s honor and their own honor.

David continued to develop that quality of faith he exhibited as a youth. When he became king, he went on to build Israel into a superpower! He taught this same faith to his followers—so much so that they too became giant slayers! (2 Samuel 21:15-22). These were tough people when they learned how to fight in faith for God and for David.

David stood up himself and removed the dishonor from Israel, just as, on the human level, America ought to remove the dishonor created by Iran a long time ago, and by so many other nations today.

Weakness is revealed when a nation does not put down that dishonor. When enemies see that weakness, they become increasingly contemptuous, and grow bolder and more dangerous.

There is a gaping hole in our society today! Our leaders simply will not fight for the honor of God or our nation.

King David’s example is there for all of us to learn from, especially our leaders!