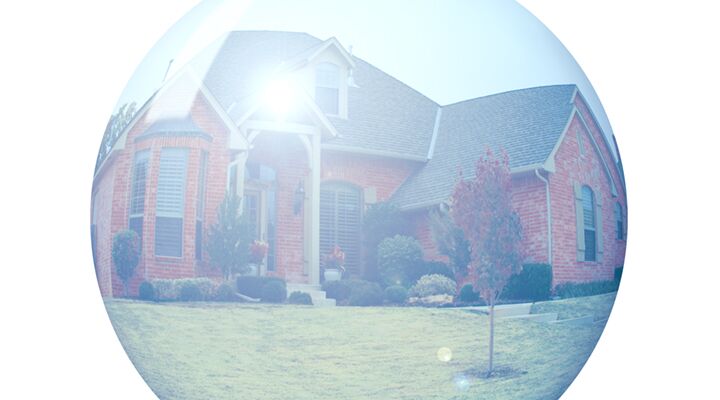 Australian household debt has reached a new record. Australians are living in the danger zone with debt at an astounding 177 percent of annual disposable income. Borrowing such massive amounts to spend on unproductive assets means economic disaster is virtually guaranteed.

What is this big unproductive asset that so many Australians are spending billions on?

Houses. Big ones, tall ones, even small ones. And they are all going up in price quicker than ever.

House prices rose at the fastest pace in 18 years in March, according to the Guardian. The average house in Australia’s major cities index went up by 2.3 percent in just the past 30 days. Over the past year, house prices across the country rose almost 11 percent. In Sydney they are up over 15 percent.

And the trend is showing no sign of slowing down, according to Commonwealth Bank economist Gareth Aird. “Strong population growth, record low interest rates and expectations of further house price appreciation are fueling demand,” he said.

Whoa. Did you catch that? Record low interest rates and buyers’ expectations that houses will keep going up are two of the three big factors pushing prices higher. If that is true, you could hardly ask for clearer signs that the housing market is a bubble. If ever there was a reason not to buy a house in Australia right now, those are two big ones.

Why are interest rates so low in Australia? Because the underlying economy is stuck in a funk with unemployment at a 10-year high, and the Reserve Bank of Australia is using the only real tool it has to keep the economy going—low interest rates—to encourage people to borrow and spend more money.

But increasing debt to stimulate growth is a short-term solution at best. It doesn’t solve the fundamental weakness in the economy. Australia’s manufacturing industry is collapsing. Soon Australia won’t even manufacture vehicles anymore. Ford, Holden and Toyota have all announced that they are shuttering their last plants.

Then there is the risk of a major economic slowdown in China. In March, for the first time ever, China let a corporation default on its debt. This is a sign that China’s highly leveraged corporations are struggling and may no longer be able to count on the government for a bailout. If China is maxed out on debt, who will buy Australia’s iron, coal and other raw commodities? Australia’s main revenue generation streams will get clogged. The Shanghai stock index certainly isn’t the picture of a healthy economy.

As economic analyst John Mauldin wrote on April 5, “The recent collapse in Australian new export orders and moderate contraction in Australian production could point toward a real man-eater lurking in the Chinese bamboo.” Analyst Harry Dent agrees. There is no doubt Australia has a housing bubble in which China plays a major role, as he says in the following video from March 7 (well worth the watch).

Japan may be in worse shape than China. On April 1, Japan increased its consumption tax from 5 to 8 percent. It is the first step toward raising it to 10 percent as President Abe tries to grab more money to pay for out-of-control government spending. Days after the tax took effect, the International Monetary Fund slashed Japan’s growth estimate to 1.4 percent.

Without China and Japan, what is left to drive growth? Internal consumption? Not with consumers already maxed out with record debt. Where will the money come from to keep the economy going?

Another good question to ask before plopping down half a million or more to buy a house is what will happen to the economy and house prices when the record low interest rates start to rise? It wouldn’t take much of a scare in China or Japan to send the Aussie dollar plummeting. If that happens, politicians won’t be clamoring for a weaker dollar anymore—they will be jacking up interest rates in an effort to prevent full-on investor capital flight. It wasn’t that long ago that the Aussie dollar traded at 52 cents U.S.

Then all the bad things associated with too much debt—80 percent of which is owed to foreigners—will come home to roost.

Consumption will fall drastically. Corporate profits will evaporate. Unemployment will rise. The supply of homes for sale will surge. And buyers will fade away.

“Expectations of further house price appreciation” will fade even faster.

But what about the strong population growth that is supposedly fueling house price gains? An increasing population does support real estate prices. But Australia’s population growth is almost completely due to immigration. Since many immigrants are poor, if the Australian economy crashes, many immigrants may still keep heading to Australia. But that doesn’t mean they will keep buying houses at the same rate. When America’s bubble popped multiple generations of families began moving in together. And if Australians are fighting for jobs, how long will it be before someone gets elected on the promise of saving jobs for Australians?

Population growth, low interest rates and the belief that people needed to buy a house before they were priced out of the market were the exact same lines of reasoning in America before its property bubble burst.

House prices now equate to 4.3 times annual income and 28 times annual rent, both within a fraction of their historic highs.
Barclay’s chief economist, Kieran Davies
But there are some differences between Australia and America. Following the global economic crisis, American households began getting rid of debt (through bankruptcies, write-offs and debt repayment), but Australians kept borrowing through the crisis—and now they are borrowing even more as housing prices stretch even further.

Will Australia’s housing bubble burst this year? In 2010, Australia’s housing bubble surpassed America’s in relative proportion. In 2011, the bubble appeared to have burst—but came back with a vengeance. By 2012, it became evident that Australia was suffering from a classic case of Dutch Disease—high levels of natural resources exploitation but at the expense of a withering manufacturing capability, but debt levels continued to expand. Then in 2013, Australia doubled down on its relationship with China.

When will the bubble burst? No one knows. But it is a lot closer to happening today than it was four years ago. Aussies would do well to prepare for a period of increasing hardship akin to what happened in America.