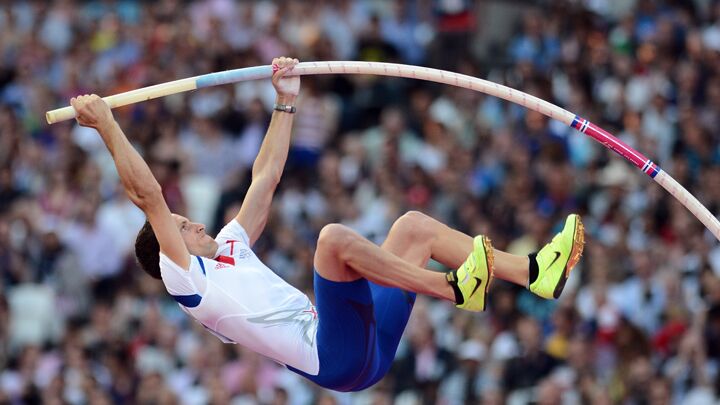 As the world stares terrorism and nuclear, biological and chemical Armageddon in the face, this truce is easily appreciated.

“[The] Olympic Truce means no war for 16 days during the Olympics, and hopefully no war beyond,” said Greek Ambassador at Large Stavros Lambrinidis, director of the International Olympic Truce Center, concerning this summer’s games in Greece. “It doesn’t help much to stop fighting for two weeks, then go back to killing each other” (Athens News Agency, March 21, 2002).

The Olympics are intended to promote the ideals of peace and unity between people and nations. Every four years, the Olympics are held with the hope of illustrating friendship and fraternity in a desire for peace. The official Olympics website calls the games “the greatest celebration of humanity, an event of joy and optimism to which the whole world is invited to compete peacefully” (www.athens2004.com).

The Olympics, like few other events, portrays the human desire for peace. But at the same time, they reveal that man, of and by himself, is utterly incapable of ever reaching that lofty and magnificent goal.

The history of the Olympics demonstrates this fact. A brief look at the Olympics since they were reintroduced in 1896 shows the true heart of man.

The Berlin 1936 games, essentially commandeered by Hitler, were turned into a showcase of Aryan supremacy despite the wondrous achievements of a black American, Jesse Owens. Germany walked away with the largest number of medals, fueling the disastrous rise of German nationalism at home and abroad.

Sixteen years on, flying in the face of the ideals of peace and unity, the 1952 games in Helsinki, Finland, saw the growing seeds of the Cold War when Russia and the nations trapped behind the Iron Curtain were permitted to build their own Olympic Village, keeping their athletes separate from the West—a clear demonstration of hostility and mistrust. For 30 more years, Communist nations used the games to demonstrate their strength and desire for global dominance.

From the 1956 Melbourne games came the seeds of international politicization of the event. That year, the Netherlands and Spain pulled their teams because of the Russian invasion of Budapest, Hungary; Egypt, Lebanon and Iraq withdrew their teams in response to the Suez crisis, which was coordinated by Britain and France. China also withdrew because Taiwan was permitted to compete.

Despite the idea that politics was not to enter the Olympics arena, South Africa was kept from competing in the 1964 games in Tokyo because its team consisted of only white athletes—it refused to condemn apartheid.

Within just two weeks of the 1972 Munich games, 20 countries vowed to withdraw if Rhodesia (now Zimbabwe) was permitted to compete. And on the 11th day of the Olympics, terror ripped through the very games designed to promote peace. Terrorists from the Palestinian terrorist group “Black September”‘ commandeered the Israeli team’s residences, and the resulting shootout with police left 11 Israeli athletes dead.

In the 1976 Montreal games, the dispute over the legitimacy of Taiwan came up again. The United States threatened to pull its athletes until a compromise was reached permitting Taiwan to fly its flag and play its anthem but not permitting it to compete under the name China. When the dust finally cleared, Taiwan pulled its team anyway and went home. That same year, more than 20 African nations as well as Guyana and Iraq stated they would pull their teams if New Zealand was permitted to compete. The issue: The New Zealand rugby team had toured in racially segregated South Africa earlier in the year.

Then came the famous 1980 boycott of the Moscow games. After the Soviet invasion of Afghanistan, 62 nations, including the United States, boycotted the games.

Of course, we must not forget the huge vote-buying scandal over the 2002 Salt Lake City Winter Olympics as well as the $13 million in Olympic funds the Chinese have already misappropriated in their preparation for the 2008 games.

So much for the demonstration of peace, unity and fraternity!

Clearly, on the national level, the Olympics have failed to reach their ideals. On the level of the individual athlete, the ideals are much more alive. However, even then, they often buckle under the weight of individual impropriety in pursuit of “Citius, Altius, Fortius”—faster, higher, stronger—the Olympic slogan. Individual athletes, like the nations they hail from, can demonstrate more concern with personal gain than with the ideology of integrity, peace and unity for mankind. In doing so, many have turned to performance-enhancing substances. It was necessary for a system to be set up to verify the integrity of the individuals who were supposedly embodying the Olympic ideals. The issue of banned and performance-enhancing substances has surrounded the Olympics for many years, but the problem is growing worse as new substances are becoming increasingly harder to detect—and thus increasingly tempting to use.

Before the games in Greece began, six athletes had already been rendered ineligible for doping. Today athletes attempt to use substances such as erythropoietin (to boost production of red blood cells) and human growth hormone. Last year, it was discovered that a new designer steroid, tetrahydrogestrinone, was being used by athletes—which disintegrated during the standard testing process. As a result, a new array of codes and sanctions, enforcers and testing protocol have been added. The latest development is insulin-like growth factor 1, which can add more muscle mass and strength and can be easily purchased on the Internet (National Public Radio, August 10).

Doctors became police for this year’s athletes. Forty-nine doctors checked each winner, along with 30 percent of all competitors. The checks looked for steroids, designer steroids, human growth hormone—and even went so far as to check if athletes had completed transfusions of their own blood to boost their stamina. Competition and dishonesty have become so pervasive that some Olympians even feared being sabotaged with drugs in their food or water, which would have resulted in disqualification and being banned for two years (U.S.News & World Report, August 9).

Casting a shadow over this year’s games was the stark reality of today’s terror-torn world. Because of terrorism, the games took place in a veritable fortress. Greece spent nearly $1.2 billion on security. This is about five times what was spent in Sydney four years ago. Triple the personnel were used to protect the 10,500 athletes and 1.5 million visitors. In the Greek port of Piraeus, 11 cruise ships housed heads of state and other distinguished guests. The port area was in a virtual lock-down with seven aircraft, six helicopters, 656 coast guards and 213 defense personnel and was enclosed in a perimeter fence complete with sensors and closed-circuit tv. On standby were several teams of interventionists and diver units, explosive ordnance teams, explosive detection dogs and, of course, snipers. The airspace over Greece was restricted, and a 12,000-person joint military security force was ready. The northern border with Bulgaria was locked down, and a series of “lock downs” took place so security could sweep for things such as bombs. All in all, the security for the 2004 Athens games is unparalleled in the history of the games.

Despite all noble efforts to promote peace, cooperation and fraternity, the nations and peoples of this world have proven that they are not capable of living in peace and cooperation with one another. There is no denying that overall, the Olympics actually further illustrate the deep problems within mankind. The Apostle Paul addressed these type of issues, calling them the works of the flesh: “… enmities, strife, jealousy, outbursts of anger, disputes, dissensions, factions” (Galatians 5:20; New American Standard).

Man’s dreams of world peace are just that—dreams. It is man’s very nature, under the influence of the god of this world (2 Corinthians 4:4), that prevents the high Olympic ideals from being reached. Prophecy says that at this end time people will talk of peace while there is no peace (Ezekiel 13:10; Jeremiah 8:11). God makes plain in His Word that mankind does not know the way to peace (Revelation 3:17). It will take God’s intervention in world affairs to bring about world peace. That day is fast approaching. God speed the day.