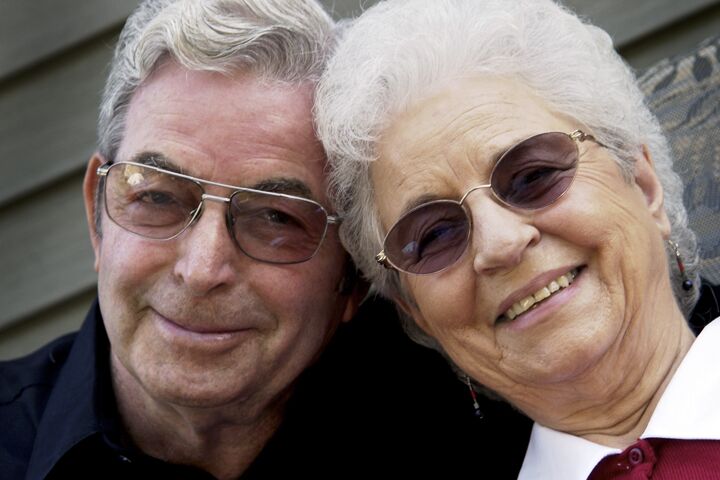 Society is jubilant about the fact that the average life expectancy in the developed nations is rising. On the other hand, the increasing numbers of elderly are seen to be a mounting problem.

Why do people fear getting old? One principal reason is the “throw away” mentality of our Western society. The social pressure to “keep up with the Joneses” means that not having the newest model or latest gadget is seen as being out of date. In like manner, we have been programmed to think getting old makes us second-class. That is planned human obsolescence! It is a destructive misconception.

Notice how our media promote the error: In advertisements, young, lively individuals are used to sell products aimed at encouraging us to look more handsome, pretty, muscular or successful, while older generations are used to advertise denture products, sleep inducers, wheelchairs, hearing aids, and the list goes on.

Society’s throwaway mentality has other ramifications. Due to advances in transportation technology, family members often relocate great distances from each other. Children grow up and move away. Grandchildren have less contact with grandparents. Not only are the young then deprived of valued and needed instruction, but just at a time when the elderly need the family, they are often rejected, abused and abandoned. What a travesty!

This is in direct violation of God’s plan for the family. He commanded, “Honour thy father and thy mother: that thy days may be long upon the land which the Lord thy God giveth thee” (Exodus 20:12). The implication is that if we do not honor our parents, our days will not be long upon our land. God also recorded: “Thou shalt rise up before the hoary head, and honour the face of the old man, and fear thy God: I am the Lord” (Leviticus 19:32). It is all about respect for authority. If we do not respect and honor our elderly, we are showing disrespect and dishonor to God.

Society’s perception of the elderly has indeed had a huge impact on how people view the “problem” of getting older. But it is not the only factor.

Generally speaking, it is a characteristic of youth to ignore the fact that if we live long enough, we all grow old. The result is that, in far too many cases, no provision is made for later years. Many young people notoriously live life by burning the candle at both ends. Physical or mental habits wrongly practiced in our youth often result in major health and emotional problems in senior years. This abuse of our bodies exacts a toll greater than the wear and tear the human body normally experiences as it gets older.

In certain instances, this can lead to an even greater problem of age. An International Psychogeriatric Association press release, referring to findings of one of its directors, Dr. Eric Caine, stated, “Suicide rates are highest among the elderly and the situation appears to be getting worse. Depression is a primary factor in these deaths. Much of the depression occurs because of multiple small problems—medical and otherwise—exaggerated in the minds of an individual more often than because of terminal illness. People become ‘demoralized and discouraged’ by their declining physical abilities and assorted nagging problems, but the depression these difficulties generate is far more serious than whatever brought it on” (Aug. 19, 2003).

While the Caine report demonstrates that the problem is growing internationally, it certainly is already epidemic in those nations known to be modern Israel today—the peoples of Anglo-America. But it doesn’t have to be this way for any individual. We do not have to fear getting old!

In their book Successful Aging, John Rowe M.D. and Robert Kahn Ph.D. comment on six widely believed myths exposed by the most extensive and comprehensive study on aging in America, conducted by the John D. and Catherine T. MacArthur Foundation.

These myths are, first: “To be old is to be sick.” Yes, the aging body is more prone to complaints, but the study reveals that as people age they are more likely to do it in a state of wellness rather than being ill. It is absolutely false to believe that just because you’re getting older, you can’t remain healthy.

The second myth is based on the saying “You can’t teach an old dog new tricks.” Not only is this untrue about old dogs, it is equally false about older humans. Because of what is termed plasticity, the human brain is now known to be capable of accumulating knowledge well past the onset of old age. Scientists have come to understand that the brain works a lot like a muscle—the more we use it, the better it functions. Age should never keep us from using our mental faculties. In fact, in this regard, the saying is very true: “Use it or lose it.”

The third myth is described as “The horse is out of the barn,” referring to the totally false belief that if a person didn’t take care of his or her health when young, it’s too late to do so in later years. God actually made the human body amazingly resistant to abuse. Replacing bad habits with good habits allows the body to begin the process of mending at any time in one’s life—the earlier the better, of course. While there is no “fountain of youth,” clean, healthful living is the best prescription for “anti-aging.”

The fourth point they address is that successful aging is determined by heredity. Heredity, they show, is a factor, but it plays much less of a role than the choices we make. Here again, clean living and mental peace are far more important to the success of the aging process. Rowe’s and Khan’s research illustrates that the importance of genetics as a health factor shrinks as one grows older, while lifestyle habits become more influential.

Fifth in their list is, “The lights may be on, but the voltage is low.” This stereotype has led society to believe that the elderly suffer from inadequate mental and physical abilities. Such need not be the case. Scientists have come to understand that senility does not come with old age; it comes from lack of use of the brain. The saying “you’re only as old as you think you are” is absolutely true.

The sixth myth is that elderly people do not pull their own weight. Probably the most virulent, this is a reference to the fact that Western societies tend to measure worth according to wealth or fame. We feel the need to know who the wealthiest person is, or what is happening with our favorite movie star. For that reason, unpaid production or selfless service is not always considered as “pulling one’s weight.” The truth is the diametric opposite. Those elderly who do volunteer work (and those many who work for pay), and give aid to families, friends and neighbors, are providing a valuable contribution to society.

The fact is, sooner or later we’re all going to get old. It’s also a fact that only survivors reach old age. Therefore, when we reach the time of “old age,” we ought to be rejoicing! We have survived! If you’re there already, congratulations—well done! Now it’s time to learn how to enjoy those well-earned years.

We need to make a commitment to stay active physically and mentally. If we broke the laws of health as a young person, we can still profit from obeying them now. Eat a balanced diet of whole foods. Exercise daily. Get plenty of rest. Begin to take a new look at life. Get excited about life! The truth is, life can get better with age!

Elderly people need to strive to be up to date on the happenings of today so younger people can find them more interesting. In addition, we certainly need to know what is happening in the world by staying abreast of world news. Traveling, hobbies and activities can now be enjoyed as our budget allows. Community centers and local colleges offer ways to improve. Take advantage of these opportunities.

Positive mental health is extremely important, and it is the area over which we have most control. One cause of discouragement at any age is the loss of self-worth. In our elder years it can be more devastating, because many begin to feel they are no longer needed. That is simply not true! This is almost always caused by focusing on the self. Those feelings can be overcome by concentrating on helping others. One basic way to having a peaceful mind is to begin a relationship with God. Study His Word and realize that He has a purpose for us. He knows us individually and will never let us down—if we will obey Him.

The times in which we live can be stressful enough. Make a positive commitment to change your life to offset as much of that stress as you can. We all need to accentuate the positive side of life and eliminate the negatives. Don’t focus on the past; look forward to the future—and join the club, participate in the activities, meet the people, make the friends, and do the service. Make a commitment, today, to prove to yourself that you can, and will, improve with age!