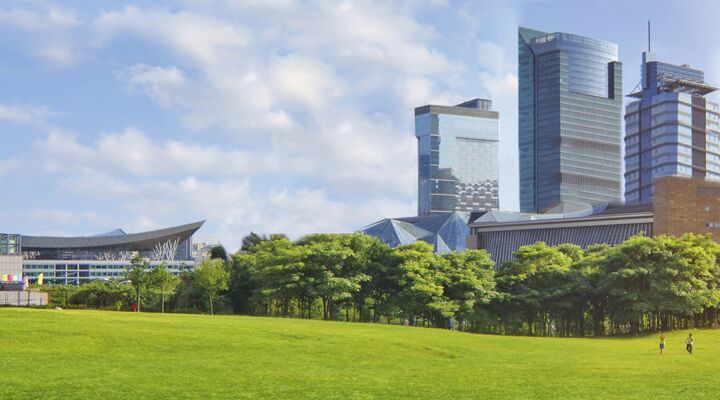 It’s a bold move, proclaiming that you should have influence over the entire global economy. But that’s exactly what Pope Francis did in November.

The Catholic Church has influenced economics in different ways for centuries. The historical facts confirm the results: Dark Ages where peasants live in pulverizing poverty; six oppressive eras under the Holy Roman Empire; the modern rise of dictators in Italy, Austria and Spain. The facts also confirm that the church almost always manages to get richer even when the poor get poorer.

But if Catholic corporatism causes injustice and suffering—and so does capitalism, communism, socialism, fascism, Islamism, anarchism and every other human model—where is there an economic system that actually works?

Believe it or not, the world’s most brilliant, equitable, innovative, comprehensive, prosperous economic system is hiding in plain sight: inside your Bible! And it is about to be established!

But before it arrives, the Bible prophesies what will happen to the world’s economy. First, America’s economic dominance will crash and burn (Leviticus 26; Deuteronomy 28; Ezekiel 5). Then, the German/Vatican-led Holy Roman Empire will conquer and wield economic power (Revelation 13) over the Western Hemisphere. It will impose a mark of worship without which “no man might buy or sell” (verse 17). Then, this European superpower will clash with an Asian superpower (Daniel 11:44). But before this nuclear World War iii finally wipes out all human life (Matthew 24:22; Isaiah 24; Zechariah 14), Jesus Christ will return to Jerusalem!

The King of kings is about to take over control of the entire world government: executive administration, legislation, jurisprudence, education—and economics!

The Bible reveals not only what He will do, but also how He will do it!

God is love (1 John 4:8)—and so is His law. Christ named the two main principles of that law in Matthew 22:36-40: Love God, and love your fellow man. These two principles expand into the legal (and economic) foundation of the World Tomorrow: the Ten Commandments.

When He returns, Christ and His kings will administer these great commandments powerfully and fairly. What will that world economy be like?

First, everyone will worship the true God (by obeying the first four commandments), producing a spectacularly peaceful, purposeful culture, as well as an educational system beyond your wildest dreams.

Christ’s subjects will keep the Fifth Commandment, honoring their parents, caring for and even providing for them when necessary. World Tomorrow economics will be built on the foundation of family!

These citizens will be protected against murder as Christ enforces the Sixth Commandment. One effect: all the manpower, innovation and money that would otherwise be spent on massive militaries instead will flood into the productive economy.

Christ’s subjects will not suffer or even fear theft or robbery. The Eighth Commandment will outlaw the action and even the spirit of stealing. No resources will be wasted on police and security industries. Workers will consider it a sin to cheat their employers—or even to give less than 100 percent effort. Owners will consider it a sin to horde profits generated by laborers. The goal won’t be to get at all costs, but to give, to grow and to build.

The World Tomorrow economy will not suffer the effects of lying. Contracts will be kept. Misleading promises, bait-and-switch transactions, embezzling, fraud and counterfeiting will be unheard of. Sellers won’t lie to buyers; buyers won’t lie to sellers.

And those who live under Christ’s rule will not covet! Imagine what the Tenth Commandment will do for the economy. People won’t take from each other. They won’t waste their lives lusting and being greedy. They won’t invent ways to spend more than they actually have. They will care far less about what they own and far more about who they are and how they keep God’s commandments.

God gave His magnificent Ten Commandments in Exodus 20. But throughout the Bible, He also gave many more financial statutes and judgments: brilliant, practical, surprisingly specific regulations that will help make the World Tomorrow economy unimaginably prosperous and equitable.

The World Tomorrow citizen will pay no taxes: no income taxes, business taxes, sales taxes, property taxes, health care taxes or death taxes. Instead, he will pay his first tithe to God’s government: a tenth of his increase (Deuteronomy 14:22). Not only will the percentage he pays be extremely low, but he will also be blessed by God for paying it!

Christ’s government will also abolish the economic drag of interest. This will be a key step to restrict much of the power associated with money. The Old Testament calls it “usury,” and all 22 times this word is mentioned, there is evidence that God disapproves of it. Deuteronomy 23:19 says, “You shall not charge interest to your brother—interest on money or food or anything that is lent out at interest” (New King James Version; see also Exodus 22:25; Leviticus 25:35-37). Christ will outlaw not just exorbitant interest or interest charged to the poor, but any interest. There will be exactly zero headlines about credit card debt, mortgage debt or national debt.

Although interest will not exist, loans will—but they will be interest-free! Some ancient Israelites experienced financial problems, and that will still be the (rare) case in the World Tomorrow. Notice each part of God’s statute in Deuteronomy 15:7: “If there be among you a poor man of one of thy brethren within any of thy gates in thy land which the Lord thy God giveth thee, thou shalt not harden thine heart, nor shut thine hand from thy poor brother.” Notice that the man 1) really does need help; 2) lives among the potential lenders; and 3) receives the loan. Who responds to the situation? Not a government bureau or a multinational corporation, which can be easily lied to—and cares nothing about the borrower as a person. It’s the man’s neighbors—most probably his actual family.

The borrower is expected to pay his loan back, not to default or declare bankruptcy. Israelite borrowers went so far as to sell themselves into indentured servitude in order to pay back what they had been given. Meanwhile, God commands the needy person’s family/friends/neighbors to respond and to live the way of give.

God will also administer two other major laws on borrowing and debt. One is known as the year of release. Every seventh year, everyone will cancel all the short-term debts people owe them (Deuteronomy 15). God even specifies that people of means should not withhold lending to the poor even if the seventh year is coming soon and there’s a good chance the lender will then release the borrower from his debt.

The other fantastic law is called the jubilee, which occurs every 50th year (Leviticus 25:8-17). In that year, people will cancel debts and return land to the family that had sold it. These two laws are perfect reset buttons that will help create an economy with a gigantic middle class “to the end that there be no poor among you” (Deuteronomy 15:4, margin). Instead of experiencing a depression every half-century, the world economy will experience a jubilee!

What about those who open their hands and then watch their repayment evaporate? Amazingly, God tells them, I will repay. “He that hath pity upon the poor lendeth to the Lord; and that which he hath given will he pay him again” (Proverbs 19:17). It’ll be a blessing to receive a much-needed loan, then to be liberated from paying it back. But it will be an even greater blessing to be the person who gave that loan (Acts 20:35). You can be sure that on that jubilee year, the lenders will be celebrating right alongside the borrowers, probably even buying them a drink!

Proverbs 3:9-10 says the abundance will literally be uncontainable. Yet for all their prosperity, what people will be excited about the most are spiritual lessons they learn from the World Tomorrow economy. Christ said in Luke 16:10: “He that is faithful in that which is least is faithful also in much.” The “least,” in this case, will be incredible prosperity. What is the “much”? Hebrews 2:8 reveals the answer: God wants to put all things under mankind’s subjection. In the World Tomorrow, it will be this tiny little jewel of a planet. But when God finishes crafting rich, dazzling, abundant, elite character in us using His magnificent law, He will put all things under our feet: the universe!