Want a case study of what happens when Catholicism mixes with politics? Look at Spain. 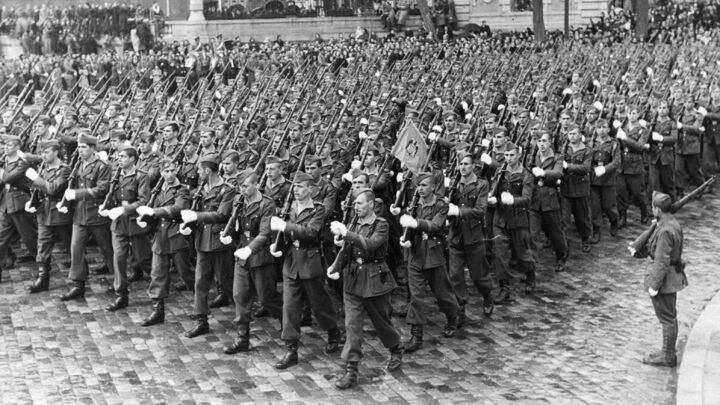 Want a case study of what happens when Catholicism mixes with politics? Look at Spain.

Pope Francis’s message on the global economy is simply this: Communism has failed; capitalism has failed. Now we need to try it the Catholic way.

He presents this Roman Catholic “third way” as new and innovative, but it isn’t: We’ve seen Catholic economic systems in Europe many times over the centuries. Medieval Europe was almost uniformly Catholic, including its economy. But the most recent example comes from Spain.

From 1939 until 1975, Spain was a Catholic state under the dictator Gen. Francisco Franco. The Catholic Herald, one of Britain’s main Catholic news outlets, wrote, “Under General Franco’s 40-year dictatorship, church and state were intimately linked. Life was so strictly regimented that missing mass was frowned upon, while the dictatorship was openly supported by the church, which held a uniquely privileged position” (June 2, 2006).

George Orwell wrote that “in the main, especially at the beginning,” Franco’s rule “was an attempt not so much to impose fascism as to restore feudalism.” In other words, it put into practice exactly the kind of Catholic economics discussed in “Much More Than an Economic Plan.”

Before World War ii, this type of Catholic dictatorship was not unusual, especially in Europe and Latin America. But by refusing to get involved in the Second World War, Spain survived longer than the other Catholic states—until Franco’s death in 1975. His regime shows us what a society and economy dominated by the Catholic Church looks like.

General Franco was “Hitler-lite.” He sat out World War ii and had no dramatic plan to wipe out every Jew on Earth. But he was an authoritarian dictator who locked up tens of thousands of his own people in concentration camps and prisons. Estimates of the numbers he killed vary: Leeds University puts it as at least 130,000; other estimates are higher. The scale of the repression was so great that some have argued that the Franco regime committed genocide, or even a “holocaust.”

And all this was done with the support of the Roman Catholic Church. Under Franco, there was no religious freedom. Catholic teaching was compulsory in all schools. No other churches or religions were allowed legal status to own property or publish books. (This loosened up somewhat after the Vatican ii reforms in the early 1960s.) Spanish government money poured into the church. In return, Franco had veto power over the appointment of Spanish clergy and chose the bishops.

The Catholic Church has never issued any apology or shown any contrition for its support of Franco. “Rather than apologize for its complicity in human rights abuses, the church has adopted a strategy of confrontation and denial,” wrote Michael Phillips, senior lecturer in law at the Center for Human Rights in Conflict, University of East London, in the Oxford Journal of Law and Religion (October 2013).

Instead, this past October the church beatified 522 Catholic “martyrs” of the Spanish civil war that brought Franco to power. That war had some similarities to the one unfolding right now in Syria: There were no clear good guys: One side was backed by Hitler, the other by Stalin, and both sides committed atrocities. But the Catholic Church is (almost literally) making those on its side out to be saints, while refusing to even talk about—let alone apologize for—the crimes and atrocities that side committed. These are not the actions of an organization that has learned from its mistakes and is determined not to repeat them.

Perhaps the atrocity the Catholic Church was most involved in was Spain’s adoption scandal, which has been exposed in the last couple of years. At least 2,000 individuals have begun court proceedings after the revelation that babies were taken from their mothers in Catholic-run hospitals and sold (the mothers were told that their children had died). This was partly a money-making exercise, and partly a way to turn children from “bad” left-wing parents over to “good” Catholic ones. It was literally an attempt to breed socialism out of Spain. The 2,000 people who have pressed criminal charges are the tip of the iceberg. Many more have been unable, so far, to jump through all the hoops necessary to bring these decades-old crimes to court. Lawyers interviewed by the bbc said the number of babies involved could be as high as 300,000 between 1939 and 1987. The Spanish government has been reluctant to estimate the number of victims, but it does admit that the abuse was widespread.

This is what a Catholic economic system looks like in modern times. Looking back further in history gives an even starker warning. Any time any religion has had enough power to stamp out its competition, it has almost always done exactly that—from Charlemagne’s forcible conversion of the Saxons to modern Saudi Arabia’s much less violent ban on Christianity.

The Catholic system that the pope is advocating concentrates a huge amount of power with a few secular and church officials. History has proven, time and time again, that this formula leads to disaster.

After Franco’s death in 1975, Spain’s relationship with the Catholic Church changed to “It’s complicated.” But now we see early signs that Spain is at the forefront of modern Europe’s return to this kind of Catholic system.

In many ways, Spain resembles any other Western democracy. It was one of the first European countries to legalize homosexual “marriage”—and it did so with the support of around 70 percent of the population. At the same time, just over 70 percent of Spaniards claim to be Catholic. Many of these Catholics clearly don’t pay much attention to the beliefs of their mother church. In fact, only around 15 percent of Spaniards regularly attend mass.

Catholicism is no longer the state religion—at least on paper. But church and state are so intertwined that it’s still hard to say where one stops and the other begins. Through direct aid, special tax treatment and the government paying the salaries of Catholic religious workers, the government gives the church over €11 billion (us$15 billion) annually, according to Europa Laica (Secular Europe), a Spanish campaign group. Spain is in the midst of a dire economic crisis, with huge youth unemployment; yet it is handing the equivalent of 1 percent of its entire economic output to the Catholic Church each year.

Even so, the church’s influence had been dwindling in Spain, just as it has across the European continent. Many view this simply as the inexorable march of progress—mankind’s journey out of the darkness of superstition into the light of scientific inquiry. The secular left sees “progress” against religion in the form of abortion becoming easier, homosexual “marriage” spreading, and euthanasia slowly becoming more common.

But in Spain, that “progress” appears to be suddenly reversing. Spain may become the first country in the EU to re-illegalize abortion. Currently, a Spanish woman can legally abort her baby in any circumstance until the 14th week of her pregnancy, or longer if the unborn baby has any deformities. But to the dismay of the political left, under a new proposed law, all abortions would be illegal except in cases of rape, incest, serious risk to the physical or mental health of the mother, or when the fetus is so deformed that it could die shortly after being born. Girls younger than 18 would need their parents’ approval. The government has a comfortable majority in the Spanish parliament, so the law is likely to pass within the next few months.

Thus, where most Western nations are legalizing abortion and homosexual “marriage,” only Spain is making abortion more difficult while simultaneously promoting religion in national life.

On its own, this is very good news. The Bible clearly teaches that abortion is murder. (Request our reprint article, “Is Abortion Really Murder?”) However, this is part of a bigger picture. In the abortion battle and beyond, Spain has revived the role of the Roman Catholic Church in its government and is giving it a privileged place in the nation’s education system.

A key part of this reversal is Spain’s right-wing Popular Party. This party is closely allied with the Catholic Church and came to power in the wake of Spain’s economic crisis. The party is Franco’s modern successor, a democratic home for those who supported Franco’s regime.

In early 2013, the Popular Party pushed through some highly contentious school reforms. The new law allows the government to continue to fund the Catholic Church’s private single-sex schools, something the previous government tried to stop. It also makes religion classes compulsory. These classes are taught by teachers appointed by the local bishop and paid by the state. It is the state injecting Sunday school into the regular school day. Those who don’t want this Catholic education can take a non-religious ethics class, but this is the exception—usually the choice of the rare, militant atheist.

Seventy percent of Spaniards opposed the pro-Catholic education law; only 27 percent supported it. The low level of support indicated that the law was a response “to the pressures that the hierarchy of the Spanish Catholic Church has on the current government rather than considerations of educational policy or academics,” wrote El Pais (May 26, 2013).

The new abortion law also has the strong support of the Catholic Church. Pope Benedict xvi and Pope Francis have both personally endorsed a change in the law.

What’s most important here is Spain’s direction. These changes do not make Spain a Franco-style Catholic dictatorship, but they do reveal that the church is getting far more involved in state affairs than it has been in recent years. And the Vatican, once it gets going, doesn’t usually back off.

In his booklet Daniel Unlocks Revelation, Trumpet editor in chief Gerald Flurry wrote that we need to watch for signs of the Catholic Church gaining power in Europe. Spain was the most recent European country to exit the Catholic system. What’s happening now could be a sign of Europe heading right back into it.