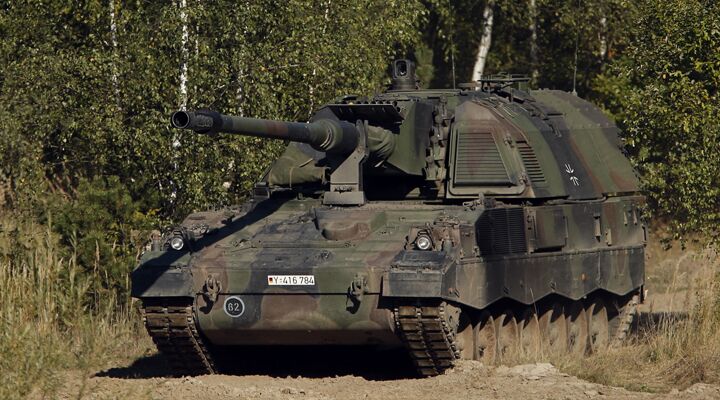 Recent reports have alleged bribery and corruption by German arms dealers in sales to Greece. A Greek government official from the defense department and others cite manufacturers provided million-dollar payments in an effort to secure contacts.

“Krauss-Maffei Wegmann and Rheinmetall were among the companies named,” reported German-Foreign-Policy.com on January 6. “These deals helped inflate the country’s debts and were, therefore, in part responsible for escalating the crisis. Others, such as Siemens, had also paid millions in bribes to land lucrative contracts from Athens.”

“According to a Greek journalist, who has done extensive research on corruption in Greece, German companies are the ‘main beneficiaries’ of Greece joining the eurozone because they subsequently profited from highly lucrative Greek government contracts. The sumptuous contracts helped plunge Greece into crisis while they, at the same time, helped the German industry to blaze its trail to the predominant position in Europe.”

The admission of bribe money came from Antonios Kantas, who, at the time, was involved in obtaining equipment for the defense department. His recognition to receipt of €8 million (us$10.8 million), €3.2 million of which came from Germany, has poured salt into the Greek economic wound. Tanks, howitzers, submarine renovations and anti-aircraft system updates top the list of alleged dirty dealings.

Two years ago on Jan. 11, 2012, we published an article titled “German Arms Industry Profits at Greek Expense.” It warned:

Even as the Greek economy continues its agonizing collapse, with the nation struggling to submit to extreme austerity measures being enforced by its masters in Berlin, the nation’s unelected technocratic government is overseeing a giant fiddle of the books involving the channeling of bailout money into the coffers of Germany’s armaments industry.Who has been the greatest beneficiary of this defense expenditure? The major supplier of defense equipment to Greece: the German armaments industry.When the EU was threatened with the collapse of the Greek economy, German defense industry chiefs held the Greeks’ feet to the fire. Rather than cancel out on existing contracts, permitting the release of funds to support basic services within the ailing Greek economy, the German government defense contractors enforced Greece’s contract obligations.

Repeatedly we have drawn reader attention to the end-time prophecy of a northern European power, “which waxed exceeding great, toward the south, and toward the east, and toward the pleasant land” (Daniel 8:9).

In Daniel Unlocks Revelation, editor in chief Gerald Flurry writes, “The book of Revelation is a mystery to most people. However, few understand that the Old Testament book of Daniel is the key to comprehending the mysterious book of Revelation.” The ancient prophet’s writings unlock the enigma of current events unfolding today as outlined in the concluding book of the Bible.

As a prime Mediterranean gateway, continental periphery and steppingstone to the Middle East, the acquisition and arming of Greece under the auspices of financial distress and subsequent bailout have ideally positioned Germany as benefactor and unquestioned geopolitical general of the region.

You may be surprised to know that while imprisoned on the Greek island of Patmos, the Apostle John wrote the book of Revelation. Within its chapters resides spectacular, divinely revealed prophecy for our day, which you urgently need to comprehend.

Having toured, written and broadcast end-time prophecy from Patmos, Mr. Flurry is uniquely and authoritatively positioned to share with you biblical mysteries revealed today for our understanding. As a free gift to those who care to know, download The Royal Book of Revelation.