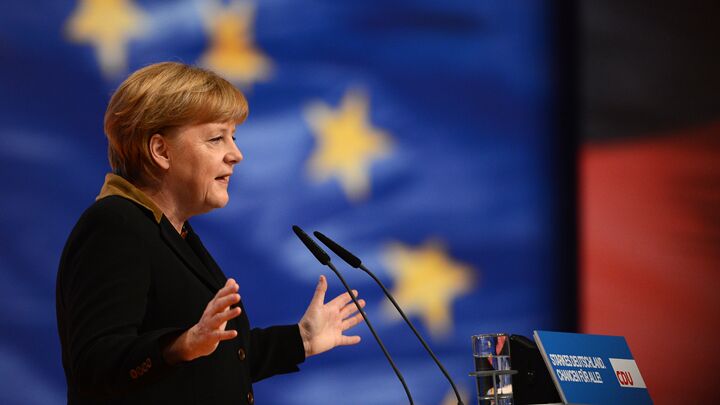 Political change in Europe is coming.

“Toward a German Europe or European Germany?” That’s the question asked by Gallup in a recent article considering the implications of next May’s European elections.

They surveyed public opinion and found the “[m]ajority of Germans approve of German leadership in EU,” yet at the same time there is dissatisfaction at the progress. “Despite public support for German leadership in the EU, nearly half of Germans surveyed (45 percent) say things in the EU are going in the wrong direction. One in three Germans (33 percent) say things are going in the right direction. One in five respondents (21 percent) said neither one nor the other (18 percent) or that they didn’t know (3 percent) or refused to answer (1 percent).”

By the time of the elections the EU will comprise 28 countries, 18 of which trade in the euro currency. In addition, Britain’s Nordic-Baltic summit meetings are forging closer cooperation among themselves, while Ukraine leans toward Russia and possible inclusion in its profitable customs union. These factors combine to reveal the geopolitical economic fractures resulting from member state expansion.

The European Policy Center foresees “the on-going crisis and its effects could unleash in the 2014 EP elections a wave of negative campaigning against European integration and might bring more protest voters to the polls; especially if advocates of the EU fail to state their case forcefully and persuasively to the electorate. This could consolidate the bloc of populist Euroskeptic lawmakers in the next European Parliament and severely affect the political landscape both in the EU and in individual member states.”

We often remind our readers that Herbert W. Armstrong long maintained a core unified bloc of Catholic European nations led by Germany would gain economic superiority. He wrote in a letter to readers of the Plain Truth on July 24, 1983: “The very first issue of the Plain Truth magazine appeared February 1934—just 50 years ago lacking about six months. The article starting on the cover page warned of a coming sudden appearance of a resurrected ‘Holy Roman Empire’ in Europe—a union of 10 nations in Europe under one government, with one united military force. For 50 years I have been crying out to the world the Bible prophecies of this coming ‘United States of Europe’—a new united superpower perhaps more powerful than either the Soviet Union or the United States!”

Three years earlier he noted, “It now looks entirely feasible that Yugoslavia may be included in this revived Roman Empire. Also the pope’s native Poland and Romania, and possibly Hungary. Add Austria, Germany, Italy, Spain, Portugal and France. There will be a union of 10 nations in the general area of the medieval Roman Empire in the new united Europe. Probably Holland, Denmark, Norway and Sweden will not be included. But Ireland may. Britain will not! Ireland would make up the 10!” (co-worker letter, June 10, 1980).

As EU elections loom on the horizon, we watch for the expanded bloc to ultimately reduce to the biblically prophesied 10 core nations (Revelation 17). Download Germany and the Holy Roman Empire to understand the recent past, present and future prophetic events.