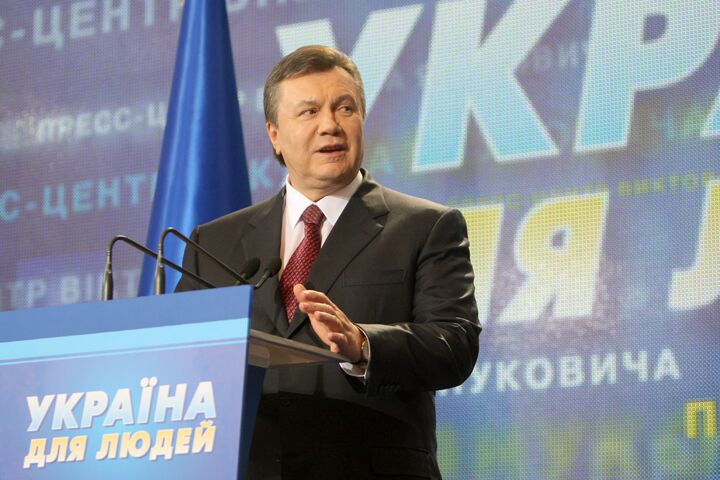 Despite contention over his recent election victory, the emerging new leader of Ukraine, Viktor Yanukovych, began the process this week of rebuilding Kiev’s relationship with Moscow.

On Saturday, Yanukovych announced several pro-Russian defense policies and said nato integration will no longer be a goal for Ukraine. He declared his support for the Kremlin’s plan to create a post-nato European security treaty, and renewed a call for a Russian-led consortium to take ownership of Ukraine’s strategic gas transit pipeline network.

“Over the past five years,” Yanukovych said, “relations between Russia and Ukraine have been troubled, and decisions have been postponed or passed over. We need to return to the friendly way our relations were conducted in the past, and work together for the good of both countries.”

Although the final winner of the election is yet to be decided, Russia has already announced a resumption of diplomatic ties with Ukraine and plans to send an ambassador to Kiev. The message is clear: Yanukovych owes his power and position to the Kremlin, and Moscow expects Ukraine to begin cooperating more wholeheartedly.

Trumpet editor in chief Gerald Flurry forecast Ukraine’s return to Russia in August 2008. At the time, there was talk of Ukraine and Georgia joining nato. “I don’t believe Russia will ever allow that to happen,” he wrote. Ukraine “is the breadbasket of Russia, and surely it is willing to wage war over that as well.”

Rather than launching a “hot” war, Russia has clearly been engaged in a campaign of intimidation, subversion and propaganda. And it seems to have worked. The more pro-European western part of Ukraine may still give the Kremlin some trouble, but the east (and the national government) is now firmly in Russia’s grasp.