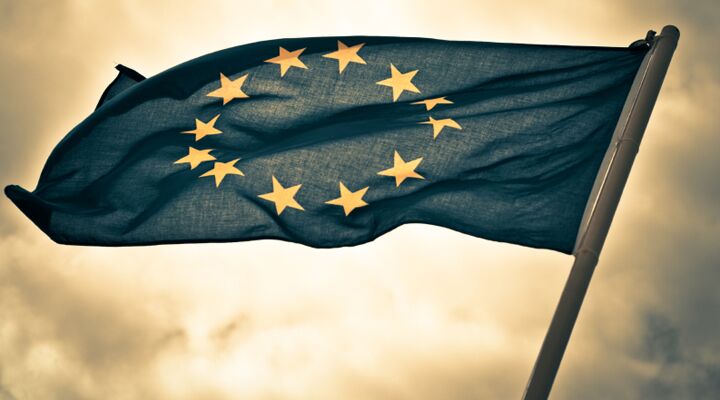 Germany soon to form core bloc of East and West.

From the first edition of The Plain Truth in February 1934, Herbert W. Armstrong told its audience that a union of 10 nations in Europe was to arise. It would have one government and one military force. Many mocked this assertion from a publisher of a magazine that began with about 250 copies printed on a hand-wound mimeograph.

In an ever-developing technological world, the Plain Truth grew to a circulation of over 8 million by the year of his death in 1986. This was the pre-Internet age where publishing giants like Time and Life magazine were household names, yet the publication that began so humbly had grown larger than those famed names, reaching subscribers from all walks of life in all corners of the globe.

Its readership had been repeatedly informed that Germany would rise from the ashes of World War ii and lead a United States of Europe. This union would feature a powerful 10-nation bloc of the select countries of the continent’s east and west, and be economically and militarily led by Germany.

Through the intervening years, many thought this proclamation false and unfounded. As the decades passed from the 1930s to ’70s and into the new millennium, the world witnessed the establishment of a coal and steel union, later a community of countries, and today, bound by treaty, a full-blown European Union.

Since the fall of the Berlin Wall in 1989 and unification of its east and west, Germany has risen in power and influence to the very top of Europe. History’s lens now focuses on a continent in financial crisis. As the Plain Truth’s publisher and founder maintained, Germany was to be Europe’s most powerful nation economically, militarily dominating the weak, and partnering with the prosperous.

How could Mr. Armstrong have known about this geopolitical exclusive? Was his calculation derived from insider information, think tanks, analysts or speculation? Trumpet readers know that the foundation he relied upon for this predictions was firmly grounded in the more sure word of prophecy (2 Peter 1:19).

He wrote in a letter to his magazine readers on July 24, 1983: “The very first issue of the Plain Truth magazine appeared February 1934—just 50 years ago lacking about six months. The article starting on the cover page warned of a coming sudden appearance of a resurrected ‘Holy Roman Empire’ in Europe—a union of 10 nations in Europe under one government, with one united military force. For 50 years I have been crying out to the world the Bible prophecies of this coming ‘United States of Europe’—a new united superpower perhaps more powerful than either the Soviet Union or the United States!”

Three years earlier he noted, “It now looks entirely feasible that Yugoslavia may be included in this revived Roman Empire. Also the pope’s native Poland and Romania, and possibly Hungary. Add Austria, Germany, Italy, Spain, Portugal and France. There will be a union of 10 nations in the general area of the medieval Roman Empire in the new united Europe. Probably Holland, Denmark, Norway and Sweden will not be included. But Ireland may. Britain will not! Ireland would make up the 10!” (co-worker letter, June 10, 1980).

For those who were readers of the Plain Truth and now subscribe to its successor, the Trumpet, that warning continues as this prophecy unfolds. Despite the naysayers, world events play out precisely according to that more sure word.

In the short term, the EU 28-member combine continues in crisis and disagreements until its members separate themselves into self-beneficial strategic alliances. Mr. Armstrong foresaw the collapse of the global financial system triggering the rise of the elite 10-nation “beast” (Revelation 13:16-17). With both sides of the Atlantic struggling to keep their fiscal heads above water, the pending economic sinking appears nearer than ever.

Download a free copy of He Was Right. Directed by editor in chief Gerald Flurry, the Trumpet staff researched and published this collector’s item to provide you with a thorough analysis of the direction and outcome of current world prophecies.