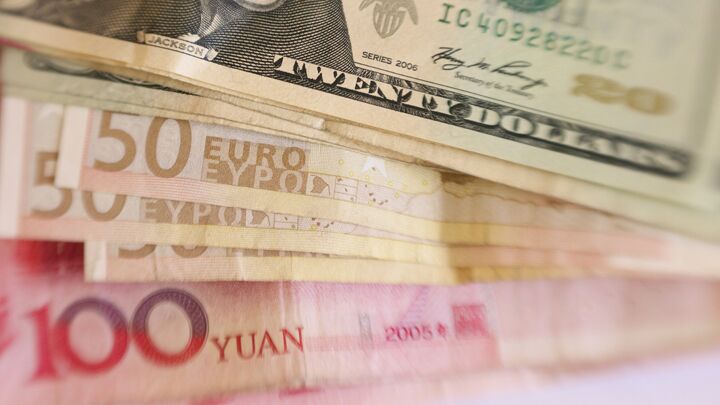 It’s another jab to the greenback.

China entered into a sizable currency swap deal with the eurozone this month that represents a stride toward establishing the yuan and euro as key world currencies. The agreement also means fewer U.S. dollars will be used in commerce between China and Europe.

“The agreement is one of the largest currency deals between China and a non-Asian trading partner,” Alanna Petroff wrote for cnn Money on October 10.

“It’s a way of promoting European and Chinese trade, but not doing it with the U.S. dollar,” said Kathleen Brooks, a research director at forex.com. “It’s a bit like cutting out the middleman, all of a sudden there’s potentially no U.S. dollar risk.”

This currency deal is significant for two reasons.

First, the Trumpet has, over the years, extensively documented the looming implosion of America’s fiat currency. Now that message is being trumpeted in headlines all over the globe, and moves like this Sino-European currency deal show that the dollar’s status as the global reserve currency is weakening.

Second, Bible prophecy shows that Europe and China will form a brief but robust economic alliance called a “mart of nations” (Isaiah 23:1-3).

China overtook the U.S. in 2011 to become the EU’s number one trading partner. The latest EU figures say that Chinese exports of goods to Europe reached $400 billion in 2012 with almost $200 billion going the other direction. The two sides have said they hope to continue to boost trade, and this month’s currency deal will facilitate the achievement of that goal.

Trumpet editor in chief Gerald Flurry has explained that the economic alliance between China and Europe would be underpinned by both sides’ desire to dominate global trade at America’s expense:

Two great trading blocs are positioning themselves to control the world. Both power conglomerates are discussed in Daniel 11:40-45 and in Isaiah 23. … China and Europe have undertaken myriad joint ventures, including the Galileo global satellite system, which was a direct challenge to American’s gps monopoly in space. Europe and China are also cooperating in nuclear research, motivated in part by the desire to form a strategic alliance as a counterweight to Washington’s nuclear power. … The relationship we see developing between the “king of the north” [Europe] and the “kings of the east” [China, Russia, etc.] is exactly what Isaiah prophesied over 2,700 years ago!

This month’s currency swap deal shows evidence of the dollar’s impending demise and also points to the fulfillment of the biblically prophesied China-EU trade bloc. To learn more about these trends and the future of the global economy, read Isaiah’s End-Time Vision and “The Silk Superhighway.”