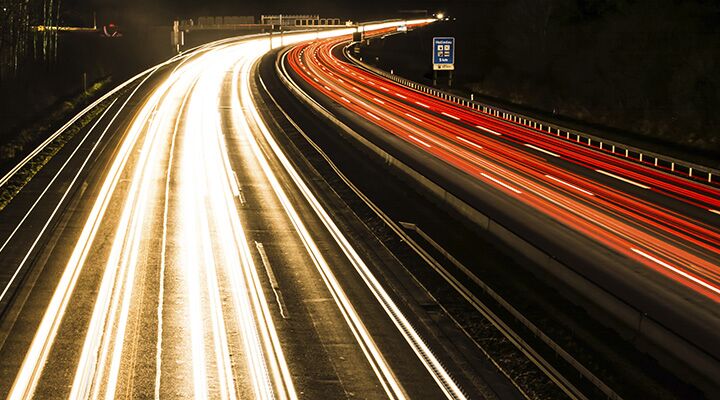 From the December 2010 Trumpet Print Edition

Who is China’s largest trading partner?

If you guessed the United States, you’re wrong. It’s the European Union.

If you got the first one right, here is another question: Who are the biggest exporters in the world? First place goes to the European Union. Second goes to China. Third would then go to Germany if it wasn’t already included within the EU. America comes in at a distant fourth place, followed by Japan.

The world has changed. Not long ago, America was both the largest exporter of manufactured goods and the world’s most important economy.

Change is accelerating elsewhere too. “Patterns of growth” are transforming in China and Germany, reports French Finance Minister Christine Lagarde. There is a “shift and an evolution” in domestic consumption and regional trade hubs, she says.

Yes, a shift is occurring—and it is titanic. Today’s global power centers of manufacturing and trade have swung back to Europe and China. The most important and lucrative trade routes are once again between the old world’s East and West. The modern Silk Road is swarming with the new merchants.

The Road to Greece

The most recent example of this trend is China’s growing partnership with Greece.

Encouraged by government incentives and rock-bottom prices, China is pumping hundreds of millions and on the road to billions of euros into Greece, even as Americans and other investors head for the exits. According to the Washington Post, the cornerstone of those plans is the “transformation of the Mediterranean port of Piraeus into the Rotterdam of the south” that will create a “modern gateway linking Chinese factories with consumers across Europe and North Africa” (June 9; emphasis mine throughout).

Greece’s severe economic woes created an opportunity that China is exploiting. Strapped for cash, the Greek government is privatizing the economy in blitzkrieg fashion—and that has opened the doors to rich Chinese investors. Government-owned utilities, rail and transport networks, even casinos are on the auction block. In June, the giant Chinese shipping company Cosco assumed full control of the primary container dock in Piraeus. In return, this one Chinese company has promised $700 million in infrastructure upgrades. In Athens, the government is pushing China to develop a giant new distribution center in the city’s old industrial sector. Beijing is also being courted to build a new monorail line, five-star hotels and theme parks.

“We have a saying in China, ‘Construct the eagle’s nest, and the eagle himself will come,’” said Wei Jiafu, a high-ranking member of China’s Communist Party and chief executive of Cosco, in a televised interview in June. “We have constructed such a nest in your country to attract such Chinese eagles. This is our contribution to you.”

Already, half of all Chinese merchandise and 60 percent of China’s oil imports are transported on Greek boats, according to Chinese Premier Wen Jaibao.

Yet the Chinese aren’t investing in Greece out of the goodness of their hearts. It is part of a well-engineered plan to create a network of rail lines, highways, pipelines and shipping ports to boost East-West trade. The new Silk Road is booming, and China wants to control it.

In early October, at a joint press conference with Greek Prime Minister George Papandreou, Wen highlighted the growing relationship between Europe and China. To emphasize China’s commitment to the European Union and the euro, he said that China would continue to support Europe’s economy. “China has already bought and is holding Greek bonds and will keep a positive stance in participating and buying bonds that Greece will issue,” Wen said. “China will undertake a great effort to support eurozone countries and Greece to overcome the [economic] crisis.”

Wen promised to address European concerns over investment rules and copyright violations, but said the EU needed to relax remaining trade barriers with Beijing in return.

So far, the Greeks—at least the upper political and business classes (and those who are not part of the unions)—see Chinese investment as nothing short of a “gift from the gods” (Washington Post, op. cit.).

“The Chinese want a gateway into Europe,” noted Greece’s Deputy Prime Minister Theodoros Pangalos in an interview. “They are not like these Wall Street [expletive] pushing financial investments on paper. The Chinese deal in real things, in merchandise. And they will help the real economy in Greece.”

Even Germany—which as a major economic exporter is increasingly in competition with China for market share—seems content to allow the Eastern merchant powerhouse more access to Europe.

Angela Merkel came out in support of China being granted “market status” on October 8. During a joint press conference with Wen, she said, “Germany will continue to actively support the quick awarding of the market status to China from the EU. China will intensively continue to dialogue with the EU on this issue.” The U.S. and other countries currently use the fact that China is not considered a free market economy by the World Trade Organization as justification to levy tariffs and restrictions on Chinese imports.

Goodwill between Europe and China is growing in other ways too. On October 5, Bloomberg reported that Germany agreed to cede two of Europe’s seats on the International Monetary Fund board. One of the seats is all but guaranteed to be given to China.

The Silk Road is becoming a superhighway.

But as much as the increased trade will help Europe over the short term, it will inevitably come at the expense of America.

Already China and Europe are collaborating on joint ventures such as nuclear research and the Galileo satellite system that are specifically designed to be a counterweight to American dominance.

But even more than being a counterbalance, the new alliance will create a multipolar global economy replacing American centricity. This is exactly what your Bible prophesies will happen over the next few short years.

Isaiah 23 warns of an end-time “mart of nations” that acts in economic alliance. This alliance includes the nations of China (Chittim) and Tyre (representing the commercial center of the European Union, also called the king of the north in other prophecies). This chapter, along with other scriptures, makes it evident that these two powerful economies are prophesied to work in confederacy to dominate global trade for a short period of time—at America’s expense.

Deuteronomy 28 foretells America being besieged by its enemies: “And he shall besiege thee in all thy gates, until thy high fenced walls come down, wherein thou trustedst, throughout all thy land, which the Lord thy God hath given thee” (verse 52). Other prophecies reveal that the enemy that besieges the modern nations of Israel will be a German-led European Union (Habakkuk 1:6-17).

Besiege in the above verse means to shut up or tie up, or to be cramped, and has economic connotations. Europe will lead the world in shutting America and its allies out during a global trade war that becomes a hot war. Prophecy tells us America will be “cramped in” to the point where even food can no longer reach its shores.

The Bible contains many prophecies of that European power attacking America—and many other prophecies of America being besieged. Isaiah 23 indicates which nations will join Europe in that economic blockade! “That is where China and the giants of Asia enter the picture,” writes Gerald Flurry in his booklet Isaiah’s End-Time Vision (request a free copy).

“When [the European Union] attacks North America, there will be no help or sympathy from Asia. In fact, considering that China has come to possess most of the world’s strategic sea gates (which, ironically, at one time were held by Britain and America), we believe there may be a brief alliance between the German-led [European Union] and certain Asian powers (Russia, China, Japan—the kings of the east). Should Europe … find a way to take advantage—even for a moment—of key resources and strategic holdings of China, Russia and Japan, it would have more than enough power to besiege the Anglo-Saxon nations and enslave them.

“This is why Isaiah’s prophecy of an end-time ‘mart of nations’ that includes both European and Asian powers is so intriguing,” writes Mr. Flurry. “And why the trend of collusion between these two great economic blocs is worth watching.”

China’s new Silk Road to Europe is rerouting the flow of global commerce and finance—and it is skirting America. The early stages of America’s economic siege have begun.

Yet despite the bad news, there is great hope for America. “Two great trading blocs are positioning themselves to control the world,” says Mr. Flurry in his Isaiah booklet. “Both power conglomerates are discussed in Daniel 11:40-45 and in Isaiah 23. But that trading partnership won’t last long. Soon they will clash, just before Jesus Christ returns and destroys both of them.”

That’s the good news. World events are speeding along the greatest superhighway of all—the one leading to the return of Jesus Christ and the establishment of an equitable and just global economic system that is guaranteed to bring prosperity to the whole world.