The collective mindset of the public is increasingly fascinated by homosexuality. Where is it leading? 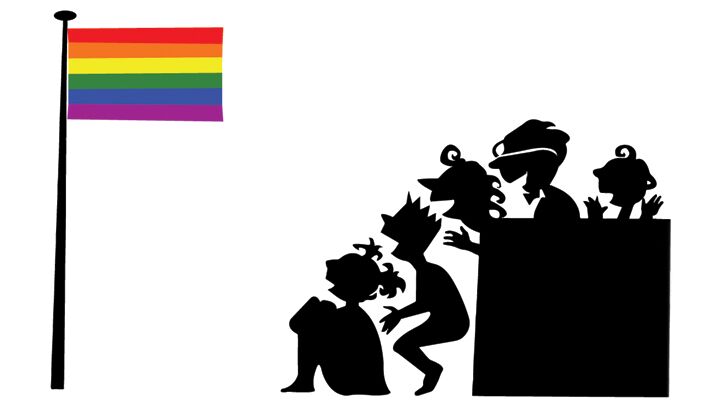 The collective mindset of the public is increasingly fascinated by homosexuality. Where is it leading?

I’m not one for writing overly much on social issues. I have spent a lifetime observing the transition of the Western mind from a general occupation on uplifting, profitable things, to a perverse preoccupation with the very opposite. I find nothing uplifting in writing about nor on overly reading about one wretched phenomenon that is flooding the public’s collective mindset in particular.

This fascination with all things homosexual has emanated from our general education changing over time from a cultural commitment to generally accepted, biblically based, unselfish moral standards to the very opposite: sheer, hedonistic, self-indulgence.

The postwar elevation of liberal socialism, with its destruction of traditional mores in favor of each individual establishing his own “set of values”—and its wretched outgrowth, the socially destructive feminist movement—have combined to warp the public’s sense of why God established the whole institution of the family, and of the reasons for our God-ordained gender roles as men and women, fathers and mothers (Genesis 2:24; 1:28).

This has progressively, over the past 60 years, succeeded in promoting the perversity of homosexuality as an “alternative lifestyle” choice, open to all.

On May 6, cns reported that “In the eight days since nba player Jason Collins announced he was gay, the news media have covered the story in 2,381 places. But in the first eight days of the trial of Dr. Kermit Gosnell and his ‘House of Horrors’ abortion business, the media covered the story in 115 places, meaning that Collins’ ‘gay’ news received more than 1,970.4 percent more news coverage.”

This is also a powerful demonstration of the extent to which homophilia has penetrated the Fourth Estate in Western society—particularly in the U.S.

What is homophilia? It’s the opposite of homophobia, a pejorative used by homosexual lobbyists and the media to describe any person who hews to the Creator God’s assessment of homosexuality (Leviticus 20:13). It describes those who are fixated on homosexuality as a “lifestyle” that should be embraced, even promoted.

“Jason Collins, who plays center for the Washington Wizards, announced he was a homosexual in a self-written article for the Sports Illustrated website on April 29. Kermit Gosnell is charged with five counts of murder and 263 other criminal offenses related to his abortion business in Philadelphia; his trial started on March 18 …. [I]n the first eight days of coverage, there were 2,266 more news stories about Jason Collins coming out of the closet as gay than news stories about Gosnell who, specifically, is charged with killing four babies born alive during abortions by snipping their spinal cords with surgical scissors. The fifth murder charge against Gosnell concerns a woman who died from an anesthesia-overdose” (ibid).

Included in the 263 charges against Gosnell are additional accusations including “conspiracy, solicitation, infanticide, theft by deception, corruption of minors, and tampering with or fabricating evidence. The grand jury report on the Gosnell case states there were ‘hundreds’ of ‘snippings,’ and that Gosnell ‘committed hundreds of acts of infanticide.’”

The Apostle Paul declared that “it is a shame even to speak of those things which are done of them in secret” (Ephesians 5:12). Verses 3-5 of that chapter and Ephesians 4:19 reveal that the context here is perverted human lust. But we have gone in the opposite direction, flooding our mass media and entertainment with a huge excess of “speaking of those things done of them in secret”!

The result is that we are raising generations whose minds are poisoned with perversion. Our lawmakers now entrench in state law the very opposite of the behavior legitimized by the Creator who made us and laid down the divine law that directs human affairs the way they were intended to be. We will pay a mighty penalty for this.

God’s law is immutable. It defines what real love for God and humankind is. It is outgoing, outflowing, uplifting and replete with instruction in how to fulfill the incredible human potential we were designed to achieve.

We must open our minds, not to the conventional wisdom of the media, but to God’s uplifting, inspirational, lawful way of life. A good place to commence such a study would be by reading our inspirational books Mystery of the Ages and The Incredible Human Potential. They will give you a true guide to studying the Scriptures with a genuinely open mind, to drinking in the plain truth about why you exist and the way you were designed to live!