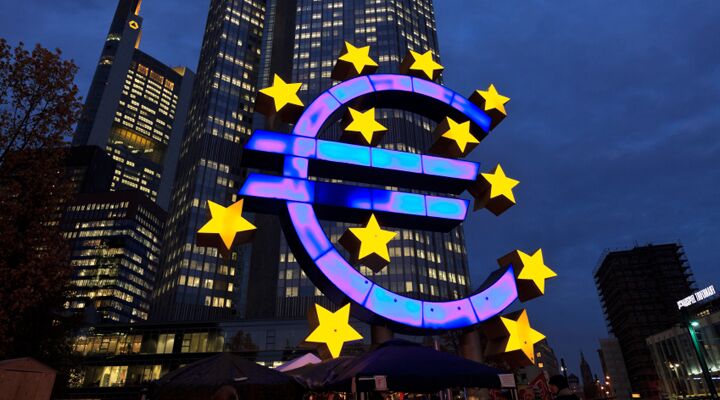 “Nothing can get done without the approval of Germany, and frankly, Germany would be insane to mess with the current status quo, given how much it’s outperforming the rest of the eurozone. Just insane,” wrote Joe Weisenthal of Business Insider.

“Who else can boast that its unemployment rate is substantially below where it was before the financial crisis? So, tight money, low inflation, austerity. It’s working great for the country that has the power,” he opined, pointing to a blatantly lopsided European unemployment chart produced by Danske Bank.

The weak euro currency and flagging continental export market are directly profiting one nation specifically—Germany. A continental bloc the West thought would bring equality, impartiality and equity for all, has become a cash cow for its largest and most dominant country.

Make it in Germany agrees: “Indeed, both domestic and foreign media are already using the word Jobwunder to describe the exceptional performance of Germany’s labor market.”

Seven years ago, Germany’s unemployment rate was near 12 percent. Since that time, compounded by the European financial crisis, it has been in free fall, now at near 5 percent. “If you are thinking about working in Germany, you have made an excellent decision—Germany is Europe’s largest, and the world’s fifth-largest, economy,” says InterNations.

The Continent is undergoing a labor migration of historic proportions as millions pack their bags and head for prosperous Deutschland, Europe’s job engine. With low population growth, Germany is in pressing need of qualified candidates to fill its burgeoning job market.

This comes as the country boasts an explosive export market, which has boosted gross domestic product and fueled strong employment opportunities. In 2012, the EU Blue Card was introduced to speed visa applications of the wealthy and their highly skilled employees. Money- and employment-creation laws were softened for investors looking to establish companies in Germany.

Like iron filings to a magnet, immigrants from the most fiscally depressed countries fled to the Teutonic promised land last year at levels not seen in the past 17 years, according to data released last week. “The report from the German statistics office was sure to fuel a debate over the consequences of immigration for the country. In all, 1.08 million people moved to Germany last year, or 13 percent more than in 2011, Germany’s statistics office said, indicating that the eurozone’s debt crisis is reshaping the fabric of European society as well as the economy” (Wall Street Journal, May 7).

Currently, 27 nations comprise the trading mart and 17 trade in the euro currency, while Germany has made no secret of its desire to reduce this number to a more dedicated German-centric core. The Trumpet has continually reminded readers of the words of the late British Prime Minister Margaret Thatcher: “You have not anchored Germany to Europe. You have anchored Europe to a newly dominant, unified Germany. In the end, my friends, you’ll find it will not work.”

The Trumpet’s editor in chief has drawn particular attention to the domineering of Europe by Germany, from domestic to foreign policy, finance, trade, religion and military expansionism. On the surface, to the ignorant observer, the ever increasing overt actions of German elites appear to be just another business plan. However, to the non-ignorant of recent geopolitical past, such aggressiveness, exploitation, regional expansionism and blatant Euromart domineering reveal the scale and impact of an aggressive continental and globally unchallenged economic policy whose scope has disturbing, far-reaching, historic implications.

Request Herbert W. Armstrong’s booklet Who or What Is the Prophetic Beast? along with Gerald Flurry’s Germany’s Conquest of the Balkans for a deeper comprehension of these concerning developments.