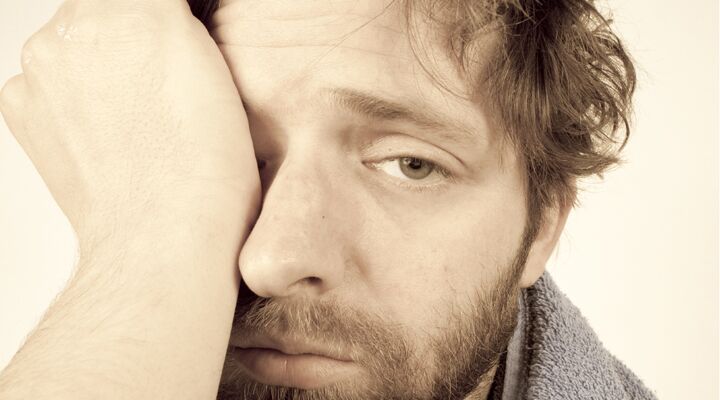 From the May-June 2013 Trumpet Print Edition

Good news! Scientists have found a gene that enables those who possess it to perform extremely well on six hours of sleep a night. Bad news: It is found in less than 3 percent of people. For the other 97 percent of us, six hours isn’t nearly enough.

Do you get enough sleep? Most people don’t. Research shows that the average adult needs seven to nine hours nightly; teens need 8.5 to 10 hours. Yet three in seven Americans ages 13 to 64 say that on weeknights, they rarely or never get a good night’s sleep. (In related news, Americans drink, on average, three 12-ounce caffeinated beverages every weekday.)

The quality of your sleep significantly affects the quality of your life. Evidence overwhelmingly shows that proper sleep makes you mentally sharper, increases your concentration, improves your emotional balance and creativity, enhances your physical performance, makes you a more productive worker, and even helps you prevent weight gain. Nothing else delivers quite the benefits that adequate sleep does.

While you sleep, your brain is amazingly busy. It’s performing biological maintenance, keeping your mind and body running in top condition and preparing you for the day ahead. “It is a common experience,” John Steinbeck once said, “that a problem difficult at night is resolved in the morning after the committee of sleep has worked on it.”

But it all hinges on one predominant factor: going to bed on time. For far too many of us, this is well within our capability, yet not followed near strict enough.

It is a common experience that a problem difficult at night is resolved in the morning after the committee of sleep has worked on it.
John Steinbeck
Some people pride themselves on being able to perform well on less sleep. Well, it turns out, many of us can—sporadically. In 2008, the Society of Neuroscience found that a sleep-deprived person can actually deliver similar results to a well-rested person. But he can’t sustain it, and for a very specific reason.

We all lose focus at times. But brains that are sleep-deprived are unable to refocus as quickly as well-rested ones. The main finding of the 2008 study was that “the brain of the sleep-deprived individual is working normally sometimes, but intermittently suffers from something akin to power failure,” Harvard’s Dr. Clifford Saper wrote in the study. Sleep-deprived people have periods of near-normal brain function “interspersed with severe drops in attention and visual processing. … [D]uring attentional lapses, the sleep-deprived brain enters a sleep-like state.” It’s like your body is compensating by taking micro-naps.

Researchers recently discovered that for every lost hour of uninterrupted sleep, workers spend 12 more minutes per hour cyberloafing—using company time to check personal e-mails and so on. And the Centers for Disease Control and Prevention estimate that 40.6 million American workers—30 percent of the civilian workforce—don’t get enough rest. Harvard scientists estimated in 2011 that sleep deprivation costs U.S. companies $63.2 billion in lost productivity per year, mainly because of “presenteeism” (as opposed to absenteeism)—people showing up but turning in subpar work.

What exacerbates this effect is that sleep-deprived people don’t notice their decrease in performance. The 2008 study found that “periods of apparently normal functioning could give a false sense of competency and security.”

Harvard scientists estimated in 2011 that sleep deprivation costs U.S. companies $63.2 billion in lost productivity per year.
Recent research at Harvard and Berkeley has also revealed an amazing side effect of pulling an all-nighter: short-term euphoria. A sleepless night increases your body’s dopamine levels. This chemical surge may briefly boost motivation and positivity; however, it encourages ill-founded optimism, addiction and impulsive behavior because the regions of your brain responsible for planning and evaluating decisions simply shut down.

The pathway where dopamine travels is called the mesolimbic pathway. Some research indicates that frequently overstimulating this pathway by sleep deprivation could permanently hamper your brain’s neural plasticity—its ability to adapt to new situations. Among college students, for example, four years of repeated sleep deprivation can have serious long-term consequences, “unleashing a neurological cycle of degeneration” (Guardian, Oct. 9, 2012).

The take-home lesson is simple—but fiendishly difficult: Go to bed when you know you should.

You Must Get Sleep

God designed us to require a certain amount of sleep. Have you ever thought about why? God pulls an all-nighter every night (Isaiah 40:28), whereas we require several hours of unconsciousness.

Surely God had several reasons for creating us this way. Perhaps He used it to help keep us humble—to remind us that, while human, we are limited. It’s certainly also a means of developing character: making choices to use our waking hours wisely, and to exercise discipline in our bedtime.

Some believe they can catch up on lost sleep over the weekend. Not true. In fact, sleeping late on Saturdays only lets your sleep clock drift later, making it even harder to wake up on Monday, according to the book Chronotherapy.

So what do you do? Few of us have the option of sleeping in indefinitely. Our real choice comes several hours before that—at bedtime.

So obey this law of health, and go to bed on time. Your quality of life depends on it.