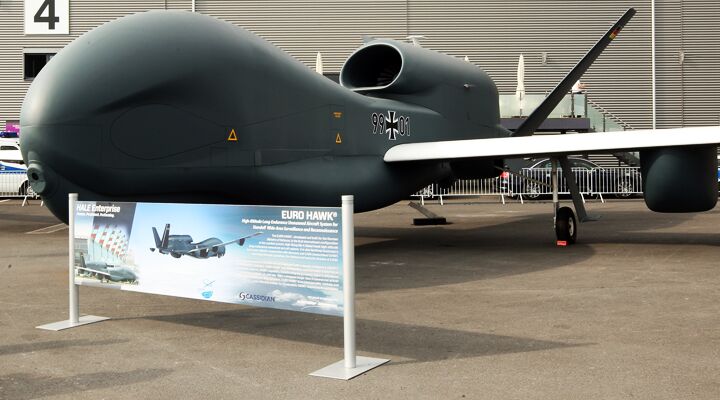 The government has concluded that it must use armed drones “in order to provide protection against sudden and serious changes in the situation,” reported Spiegel Online January 25, citing an official government response to questions from Germany’s Left Party.

The German military has been pushing for their use. Lieut.-Gen. Karl Müllner said: “I can’t explain to the soldiers on the ground why, for political reasons, they have to wait for a manned plane to provide air support, when a drone could have done the same thing.”

Germany is reportedly interested in developing a European drone. Currently, it has to buy them from Israel or America.

“There is a desire to explore development of a European drone,” said State Secretary for the Minister of Defense Christian Schmidt. “A European drone solution has to have more capability than current U.S. systems to make sense,” he added. Developing its own drone would also make Europe much more independent of American power. And it could do more to guard against some of the weaknesses and vulnerability to hacking in U.S. drones.

Bloomberg reported that German officials planned to bring up the subject at a Franco-German meeting to celebrate the 50th anniversary of the Élysée Treaty on January 22. It said the two nations could try to help European Aeronautic, Defense & Space Co. (eads) develop a uav. eads cancelled its drone development last year when it received no government funding.

Drones look increasingly like the future of aerial warfare. Cheaper and more expendable than a manned aircraft, they could make today’s fighter jets obsolete. Armed drones are vital to any aspiring military power.

Watch for Germany to continue to develop its own military capabilities, independent of American power.