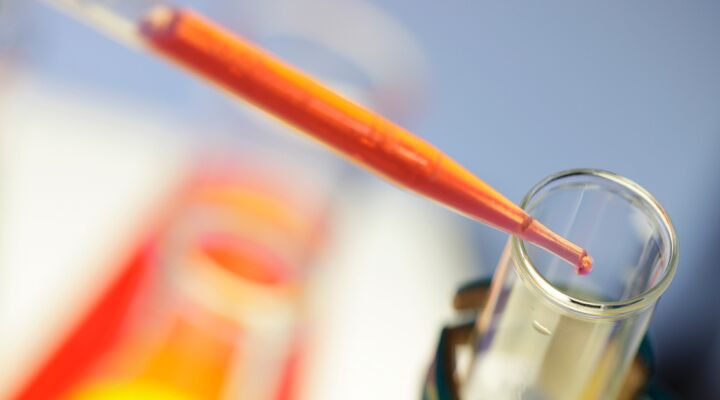 Germany has combined its largest biomedical research and development facilities into one super company that is set to gain at minimum €300 million within the next five years. The Berlin Institute of Health (bhi) is now an undisputed leader of European medicine. This past November, key decision makers were on hand in Dusseldorf to spread this announcement at the world’s largest medical trade fair, medica.

The goal of bhi is to court the world’s top-flight scientific and medical minds and use its influential role with federal and state governments, along with university and private research and development.

“Germany has a globally recognized biomedical sector, and it will only improve due to the institute’s innovative models to train medical talent,” said Dr. Sandra Bütow, chemical and health expert at Germany Trade & Invest.

A longtime friend working in the international medical field recently returned from his 16th trip to medica and expressed to me the stunning growth of the event, particularly in the field of international cooperation and partnerships. As we toured his state-of-the-art facility, he made mention of how the shrinking of Germany’s population is forcing the country to increasingly look east and south, establishing and expanding market share. This strategy has grave historical associations.

In attendance at medica were Germany’s corporate giants of modern history’s darkest chapter, namely Bayer, basf and Hoechst. Originally, these companies were one, under the name of IG Farben. The company was formed in the mid-1920s by chemical firms that had already been working together since the First World War. It grew to become the fourth-largest chemical conglomerate in the world.

However, IG Farben carried dark secrets of involvement with the Nazi regime and subsequently became partner to crimes during World War ii. The Allied forces took possession of it in the mid-1940s and divided it into four separate companies by the early 1950s: Bayer, basf, Hoechst and Cassella.

Unthinkably, the Allies issued the IG Liquidation Conclusion Law in January 1955. This annulled Article 10 of the Allied Occupation Law that had prevented mergers among the new companies and employment of managers convicted in the Nuremberg trial against IG Farben.

During that same year, and after conviction of war crimes at Nuremberg, board member Friedrich Jähne was rehired as chairman for the directors’ board of Hoechst.

The following year, after his conviction of war crimes by the tribunal, former board member Fritz ter Meer was appointed chairman for the directors’ board of Bayer.

Bayer, basf, Hoechst and Cassella went on to employ many more key white-collar executives who had been at posts within IG Farben in support of Adolf Hitler’s Nazi government in oversight of technologies of death.

“Bayer, basf and Hoechst paid out dividends of 10 percent each in 1956. Cassella was taken over by Hoechst in 1970, so that just 20 years after the “dispersal,” only the “big three” of the German chemicals industry remained. These were the same three companies that had taken part in the “Interessen-Gemeinschaft” agreement of 1916 and initiated the creation of the IG Farbenindustrie combine in the year 1925. Just 20 years after the re-creation of Bayer, basf and Hoechst, “each company was … bigger than IG at its zenith” (Wollheim Memorial).

The IG Farben offspring of Bayer, basf and Hoechst refused compensation claims. Not until the late 1990s, in U.S. courts, where survivors of forced labor filed law suits against them, did the IG Farben triplets and other German companies loosen their wallets under the shroud of worldwide media attention and potential sales declines, banding together under what became the German Economy Foundation Initiative.

Fifty-three years after their seizure, in August 1998 these corporate Holocaust progenitors established the International Commission on Holocaust Insurance Claims (icheic). It was to establish, finalize and repatriate personal Nazi-era insurance claims. icheic stopped accepting new applicants at the end of March 2004. By December 2006, final decisions had been made on all preexisting claims.

A shocking intelligence document the Trumpet drew attention to back in 1999—intelligence report number EW-Pa 128, dated Nov. 7, 1944—recounted the following: “After the defeat of Germany, the Nazi Party recognizes that certain of its best-known leaders will be condemned as war criminals. However, in cooperation with the industrialists it is arranging to place its less conspicuous but most important members in positions with various German factories as technical experts or members of its research and designing offices.”

The same year, we reported this shocking course of German corporate history: Hoechst first merged into Aventis SA, and within five years once more into Sanofi-Aventis, whose headquarters and largest facility remains in the town of Höchst.

Bayer is also headquartered in the German city of Leverkusen, boasting hundreds of corporate concerns worldwide with double-digit billions in revenues.

basf remains headquartered in Ludwigshafen, with some 200 international production facilities, and, as with its corporate relatives, boasts revenues and profits in the double-digit billions.

The lesson of history repeating itself is made plain to all with eyes to see.

The late Herbert W. Armstrong warned those with ears to hear in the very same year IG Farben was seized by the Allies. In May 1945, to an audience of World Tomorrow listeners, during the San Francisco United Nations conference, he said: “Men plan, here, to preserve the peace of the world. What most do not know is that the Germans have their plans for winning the battle of the peace. Yes, I said battle of the peace. That’s a kind of battle we Americans don’t know. We know only one kind of war.”

Mr. Armstrong’s 1945 warning continued, “We don’t understand German thoroughness. From the very start of World War ii, they have considered the possibility of losing this second round, as they did the first—and they have carefully, methodically planned, in such eventuality, the third round—World War iii!”

As founder and editor in chief of the Trumpet, Gerald Flurry has worked to follow in the footsteps of Mr. Armstrong to warn of the final resurrection of a medieval Holy Roman Empire, whose engine is in Germany and whose master resides in Rome (Daniel 2, 8; Revelation 13, 17, 18).

Can we not see there is mortal peril in the funding of €300 million for biomedicine in Berlin? Germany has come full circle from the dark past of IG Farben, to a dark present of dominance of its siblings of Bayer, basf, Hoechst and Cassella.