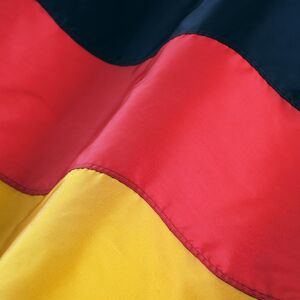 The European Union just announced a trillion-dollar bailout of Greece. That means that most of that burden falls on Germany, the financial powerhouse of Europe.

One television commentator said that Angela Merkel wanted a $6 billion bailout, but President Obama pressured her to make it a $1 trillion bailout. Also, President Sarkozy of France and other EU leaders put severe pressure on the German leader to support a large bailout.

Immediately after the Greece bailout was announced, gold prices soared to their highest level ever. It was caused mostly by Germans buying gold. They remember the hyperinflation in their recent history. They know that the euro is becoming a weak and unstable currency.

About 90 percent of the German people are very hostile toward the bailout. They are alarmed because they know that Germany will have to carry most of the financial burden. The people are fearful about their future.

When Germany is strong and the people are alarmed, all of us should be alarmed—especially in a crisis like this. If you understand German history, you know that the Germans are decisive when facing serious crises. History shows that they have repeatedly turned to a very strong leader to deal with a potential or real crisis.

Chancellor Merkel has not sought advice from her coalition partners. That has offended them and makes her even more alone and vulnerable. Her political career is near its end! We are about to see a strong leader rise in Germany—it is prophesied to happen. We have been proclaiming that prophecy for over 60 years. (Request our free booklets Daniel—Unsealed at Last! and He Was Right. All of our literature is free.)

That strong man is undoubtedly plotting and planning even now to exploit the political turmoil. (That too is prophesied.)

Angela Merkel went from the queen of German politics to becoming close to a political outcast in six weeks!

We need to see how suddenly this world is moving toward a giant catastrophe! If these words don’t wake those people who are asleep, world events will.

A strong German leader could burst on the world scene as early as this year! He will be the decisive leader that Germans crave in a crisis. He will strike terror in nations as no leader ever has before! Our literature explains who we think he will be.

Several financial authorities are saying that the trillion-dollar bailout of Greece is only buying time. But time for what? Time to fix the problem.

Now let me tell you how it will be fixed. In the next few short years, the European Union will be reduced from 27 nations to 10 kings (or rulers) of the Holy Roman Empire. We have been prophesying this for over 70 years. It will be ruled by Germany, but guided by the Vatican—the only power that can unify those 10 kings. (Request our free booklet Germany and the Holy Roman Empire.)

Ambrose Evans-Pritchard wrote this for the Telegraph media group on May 16: “Chancellor Angela Merkel has put the best face on a deal that has so damaged her leadership. ‘If the euro falls, then Europe fails and the idea of European unity fails,’ she said. Too late, I think. The German nation is moving on. I was struck by a piece in the Frankfurter Allgemeine proposing a new ‘hard currency’ made up of Germany, Austria, Benelux, Finland, the Czech Republic, and Poland, but without France” (emphasis mine).

Yes, Germany is moving forward! Already, you can see the thinking that will lead to the 10 kings! But the real power in that union will be Germany. The Germans have been planning to rule Europe and a lot more since before the end of World War ii, when they realized they were going to lose. (That is explained in our free booklet The Rising Beast.)

That statement is shocking to many people. But it shouldn’t be. It is so well documented that a teenager can prove it. I challenge all of our readers to get and study the free booklets we are offering. Then you will know what is going to happen extremely soon in Europe and the rest of the world.