Central banks around the world seem to think so. Should you? 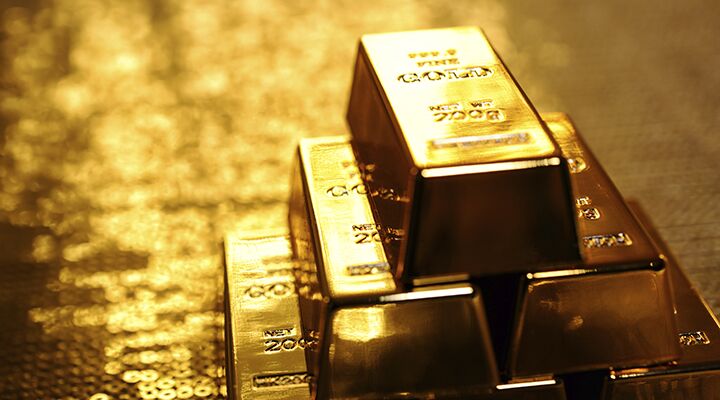 Central banks around the world seem to think so. Should you?

If you had invested $1,000 in ExxonMobil a decade ago, your investment would have doubled. If you bought technology giant Microsoft, your investment would still be worth about $1,000. An investment in General Electric stock would be worth only $660 today. Bank of America, even less at $400. But you could have done worse. Had you invested in Pets.com, Lehman Brothers, Long Term Capital Management, Enron and a host of other big-name companies, you would have nothing.

What would your investment be if you had invested in gold? $6,800.

Why would a shiny metal with few industrial uses, and that doesn’t earn interest or generate income, almost septuple in such a short time?

First a little background. In case you didn’t notice, the global financial system is in danger of collapse. The dollars, yen and euros backing it could fall with it. Governments are cracking. The world is at risk of a new Greater Depression.

The problem behind it all is too much debt. In the United States, federal debt is now $16.3 trillion—but America’s economy only measures $15.5 trillion. Europe, Japan and the UK have the same problem: Debts are growing—economies, not nearly so much. According to the World Economic Forum, total global debt, including local governments, corporations and individuals, reached a whopping $190 trillion at the end of 2010—more than 3.3 times the size of the total global economy. And even that does not describe the full problem. Governments owe tens if not hundreds of trillions more in promised retirement benefits that people are relying on. There is no way these debts can be paid.

Central banks around the world are responding by doing what all the fashionable textbooks say should be done: They are printing money like crazy to pay debts.

The trouble is, this “solution” comes with side effects: devalued currencies, trade war, and a risk of America being reduced to a barter economy. That is why the world’s biggest banks are also buying up a whole lot of an asset that can’t be created or willed into existence by politicians seeking to cheat economic realities.

That asset is gold. They’re buying it. Should you?

In late 2009, Cheng Siwei, a former vice chairman of the Chinese Communist Party Standing Committee, said China was alarmed by U.S. money printing. He stated that China had lost confidence in the U.S. dollar and was moving toward a partial gold standard through reserve accumulation. “If they keep printing money to buy bonds it will lead to inflation, and after a year or two the dollar will fall hard,” he said.

That same year, Hong Kong announced that it would repatriate all its gold that was stored in London. The central bank of India also announced that it had secretly purchased 220 tons of gold from the International Monetary Fund. In 2011, Venezuela ordered the return of all 220 tons of gold it stored in London and New York. Reports emerged of Russian and Middle East central banks buying gold.

For the first time in many years, central banks became net buyers of gold in 2010. Since then, bank gold-buying has accelerated. This year, central banks will purchase an estimated 550 tons of gold—up from 85 tons in 2010. In 2012, Ecuador asked its banks to repatriate one third of its gold stored overseas. Forbes reported that China imported 76 tons through its new gold center in Hong Kong—up 22 percent from a year earlier. In November, the Bank of Korea announced it had increased its gold supply by 20 percent. In November it was reported that Brazil’s central bank had purchased 19 tons.

Now, golden heavyweight Germany is also bringing its gold home from New York. After German authorities were not allowed to inspect their gold deposits, Berlin has asked for 165 tons—about 10 percent of its holdings in America—to be returned. Germany repatriated two thirds of its gold from London years ago.

If central banks, which have shunned gold for the past 41 years, are now turning to it as an insurance policy, something must be very wrong. The scramble for gold is heating up.

But if central banks are looking to gold to fix the world’s debt problems, gold is going to be in very short supply—very soon.

Is gold a safe investment for you?

As long as the global economy is functioning and people are worried that paper money is being destroyed, there will be a growing demand for gold. In the short term, gold has potential as a good investment.

Gold is in a stealth bull market. Since 2002, when Trumpet news editor Ron Fraser predicted that gold could “head out of orbit,” it has increased from $300 per ounce to around $1,700 per ounce. That’s more than a 500 percent return. The Dow Jones rose only about 30 percent during that time.

Yet much of America seems oblivious to gold’s glittery record. Outside of conservative talk radio, just about the only mention of gold you hear is from companies that want you to pawn or sell your gold jewelry. This is the opposite of the 1970s and ’80s when coin stores across the country popped up to sell investment-grade gold to people. Most Americans missed one of the best investments of the past decade.

For 10 years in a row, gold has crept higher and higher. Why has it gone up so consistently? And will it continue to do so?

“Gold is great disaster insurance,” wrote Mr. Fraser. “Predictions of global economic disaster presently abound even among some high-profile commentators” (September/October 2002). In that article, he noted that gold is a hedge against banking troubles, the falling dollar, and growing U.S. government credit risk.

These were very real and looming threats in 2002. Today, the economic situation is orders of magnitude worse—with no solution in sight. As economic reality eventually dawns on the collective mind of the public, gold prices could easily head for that “moon shot” Mr. Fraser talked about.

But by then, buying gold will be an exercise in futility. If you are looking to gold to save you from looming economic collapse, you’re in for a shock.

When the economic system collapses and there is no food to eat, no one will care how much gold you have. Deep down, many investors realize this. That is why some financial advisers recommend becoming self-sufficient and learning to farm.

There is, however, another safe investment guaranteed to produce an absolutely massive return—but you have to be willing to invest.

Invest in God. Invest in your relationship with Him. Store up treasures in heaven, where moths and rust—and quantitative easing—can’t destroy them (Matthew 6:19-21). Put your heart in God’s work today. This is the only sure investment you can make. God doesn’t need your money; He can support His work in all kinds of ways. But God is concerned about your priorities—where you are spending your time and energy. God wants to know what is important to you. What do you put first in your life? What do you spend your money on? What do you sacrifice for?