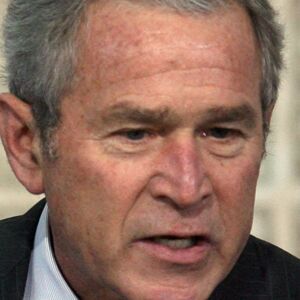 A giant rift in monetary policy has left the U.S. and the rest of the West deeply divided. Is the European Union setting itself up to replace the U.S.?

America is on the ropes. Pummeled by the historic failure of its financial center, its economy is on the verge of collapse. America is now pleading with the world for assistance. But is there anyone to come to the rescue?

U.S. Treasury Secretary Hank Paulson is clearly in panic mode. On Friday, 119-year-old Washington Mutual, the largest U.S. savings and loan, bit the dust and was taken over and sold off by the government. Then yesterday it was announced that Citigroup would be “purchasing Wachovia, the fourth-largest bank in America, to keep it from collapsing. To facilitate the deal, the fdic agreed to accept $12 billion worth of Citigroup stock in exchange for insuring hundreds of billions in near-worthless Wachovia-owned mortgages. These two failures join a list of sensational tragedies that now include: Bear Stearns, Indy Mac Bancorp, Lehman Brothers, Merrill Lynch, aig, and Fannie Mae and Freddie Mac.

“It’s all hands on deck,” says Richard Yamarone, director of economic research at Argus Research. “Any and every entity, Treasury, the Fed and all central banks around the world are being summoned to right the potentially sinking ship.”

Thus Paulson, President Bush and Federal Reserve Bank Chairman Ben Bernanke have pushed for what will be the biggest intervention in the financial markets by a U.S. government since the Great Depression—a multi-hundred-billion-dollar taxpayer check to purchase toxic mortgages and cover speculative derivative exposures that are imploding U.S. financial institutions.

Furthermore, Paulson has appealed to America’s “friends” in Europe for assistance in bailing out the U.S.-led global financial system. “We are talking very aggressively with other countries around the world,” he said, “and encouraging them to do similar things, and I believe a number of them will.”

Unfortunately, Paulson is living in a dream world. Many of America’s European “friends,” if not already openly revolting against the U.S. financial system, certainly seem to be moving in that direction.

America’s plan is “not a call for assistance; it’s a scream for help,” writes Germany’s Spiegel. “Some countries are planning to help. But the German government has answered this call quickly and clearly: no” (emphasis mine throughout). Chancellor Angela Merkel slammed greedy American finance, criticizing the U.S. administration for not listening to German calls for tighter regulation. Finance Minister Peer Steinbrueck slammed America too, saying, “there will be shifts in terms of the importance and status of New York and London as the two main financial centers. State-owned banks and funds, as well as commercial banks from Europe [and elsewhere], will close the gaps, creating new centers of power in the financial world,” and “the International Monetary Fund should become the controlling authority for the application of worldwide financial market standards.”

Actually, German media from all across the political spectrum was extremely heavy in its criticism of the U.S. For example, the conservative Frankfurter Allgemeine Zeitung wrote:

As soon as the storm has died down, one will have to talk about the rules of the game. Central banks must intervene sooner to tackle price bubbles in asset markets rather than closing their eyes to them and then footing the bill at the cost of taxpayers.

The downfall of the investment banks has hit America at its core. It shows that the country’s boom was to a large extent founded on self-delusion.

And the left-leaning Frankfurter Rundschau wrote:

The Americans are exposing the world to a highly dangerous experiment. … Who would voluntarily lend an American bank money these days? All the authorities in Europe can do now is try to calm the markets with soothing words—and hope.

But Europe’s biggest economy is not the only one disdaining America.

“It’s a rare day,” noted the Los Angeles Times, “when finance officials, leftist intellectuals and ordinary salespeople can agree on something. But the economic meltdown that wrought its wrath from Rome to Madrid to Berlin this week brought Europeans together in a harsh chorus of condemnation of the excess and disarray on Wall Street.”

Even UK Prime Minister Gordon Brown says America’s financial markets should be subordinated to a set of global rules and global regulators.

But French President Nicolas Sarkozy was perhaps the most critical. He said that the U.S. economic system was dead. And as a result, he said, it is “necessary to rebuild the entire global financial and monetary system from the bottom up, the way it was done at Bretton Woods after World War ii.”

That is a statement with huge implications, coming from another of America’s supposed allies. In July 1944, the Bretton Woods agreement tied the Western democratic economies to America, established the U.S. dollar as the world’s reserve currency, and helped usher in America’s economic superpower status.

“Sarkozy is building to make the crisis a wider struggle between Europe and the U.S.,” reports the Guardian.

The European Union is trying to set itself up as the alternative to the now-defunct U.S.-centric economic system.

When the EU finance ministers met in the south of France on September 14, they publicly ruled out a U.S-style major stimulus package to ward off recession. Jean-Claude Juncker, finance minister and chair of the Eurogroup, said that U.S.–style interest rate slashing, spending increasing, and tax cutting only saddled economies with debt and otherwise had few positive effects.

Juncker wished America luck, saying Europe tried those methods back in the 1970s, and it pretty much ruined their respective economies.

The European Central Bank (ecb) also seems to be setting itself up as an alternative to the Federal Reserve System.

As the Fed has drastically whipsawed interest rates and injected billions of dollars into the financial system to prop itself up, it has done so at the expense of the dollar, rising inflation, and financial system credibility. In contrast, the ecb has been much more conservative, instead focusing on stability and protecting the reputation of the euro. Whenever a central bank makes money too easily available, it undermines the value of the currency and erodes confidence in the system.

But the point is that America and its European “allies” are on drastically different economic courses. And the losses the world has sustained because of the fraud-ridden financial investments that U.S. banks marketed to the rest of the world as aaa-safe investments are causing unparalleled resentment around the globe.

The current banking crisis in America has left America discredited and distrusted. Europe is rapidly setting itself up as the alternative to the U.S. system. And the euro, with all its own problems, has one big thing going for it: It is not the dollar.

The world is about to be introduced to a new economic superpower.

With America in free fall, the world is about to shift its confidence and its money elsewhere. Europe is about to inherit the global economic crown by default.