Few comprehend the vast changes that society and the environment will shortly undergo. 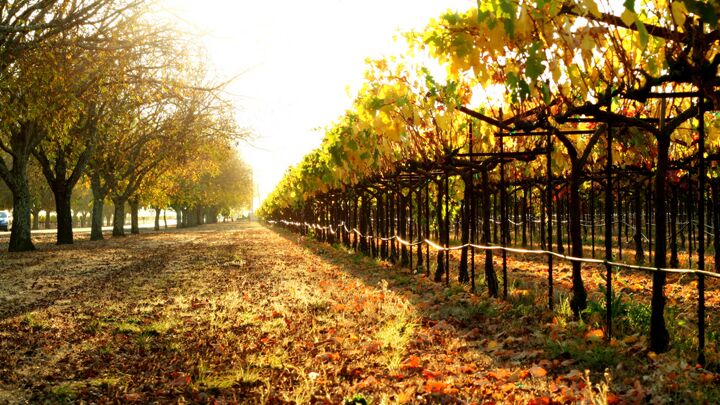 Few comprehend the vast changes that society and the environment will shortly undergo.

There’s a deeply thought-provoking prophecy in your Bible about a great social and environmental revolution. It’s a complete change from our bloated, city-centered society and rat-race social mentality—to a calm, peaceful, largely rural habitat where man can concentrate on creation and Creator.

We read of the global outcome of this coming revolution in the prophecy of Micah 4:4: “But they shall sit every man under his vine and under his fig tree; and none shall make them afraid: for the mouth of the Lord of hosts hath spoken it.”

Perhaps the closest we have ever come to this society was old rural England. In their enlightening book Rural England—Our Countryside at the Crossroads, Derrik Mercer and David Putnam paint a picture of Southeast England that is sadly fast diminishing in scope: “It is a cozy countryside where village greens echo each summer to the sound of cricket and polite applause. Overlooking the green will usually be the village church, still a place of architectural and spiritual homage in this more secular age. Church and inn, manor house and cottages, together they reflect a story of man’s impact on the land which frequently goes back a thousand years or more.”

During our five years living in Britain in the 1990s, my wife and I occasionally stayed at an inn in just such an idyllic, traditional English village. It made for interesting reflection on a way of life in the old country that, as these authors stated, “goes back a thousand years or more.”

The Industrial Revolution changed that way of life. While bringing massive progress in man’s technical capacities, it began to denigrate his long-held attachment to the land and its seasonal rhythms. That disruption dramatically escalated stress-related diseases, mental illness and the evolution of a rampant drug culture. These are all signs of a distressed society in the throes of a self-inflicted demise.

What the Industrial Revolution started in the early 19th century has run full course. Greed priced our labor out of the market years ago. Our industrial capacity moved overseas. Former and potential enemy nations now manufacture our goods—even key components of our military hardware, something the United States vowed after the Revolutionary War would never happen again. Last decade, the U.S. became a net importer of food, further eroding its once-independent economy. America now faces the fiscal cliff. Ideas for saving the national economy have been exhausted. Our society—in America, Britain and other English-speaking nations—faces unfixable economic and social woes.

In the process, Americans are fast losing peace of mind. They are daily subjected to personal terror—that tomorrow morning will bring not just Islamist terror, but loss of income, of home, of marriage, of family. Thousands of years ago, God prophesied that all these things would befall our society when we rebelled against Him and His laws (Leviticus 26:16).

The American way of life is barely two centuries old, and is already rapidly falling into decay.

Yet for over a thousand years, a traditional way of life existed in rural England, the last vestiges of which can be still experienced.

What’s the explanation of the two phenomena? To a major extent, it has to do with every man sitting “under his vine and under his fig tree; and none shall make them afraid: for the mouth of the Lord of hosts hath spoken it.” Note that there are two elements to this vision of the future: a rural-based economy promoting the economic independence of man, and its conformity with the will of God!

The English discovered the value of the organized rural economy and built a society around it during the first millennia a.d. To a certain extent, their seasonal rural principles conformed to biblical tenets, until they were broken by the Industrial Revolution and chemical farming methods.

Developing much later—post-Industrial Revolution—the U.S. has broken both of these stabilizing elements of society that guarantee equitable distribution of national wealth. Other Anglo-Saxon nations are hell-bent on the same course.

So just how will the Anglo-Saxons—and ultimately all nations—extricate themselves from their present catastrophes to obtain that future forecast in Micah 4:4?

They won’t. They can’t. The task is simply beyond them.

To change today’s profit- and mass-production-oriented system—where too much wealth is concentrated in too few hands—into a world where every man has the potential to capitalize and maintain his own independent farm, we need the mighty hand of God.