It was once thought that the human body was full of useless relics from its evolutionary past. Turns out those bits and pieces serve a purpose after all. 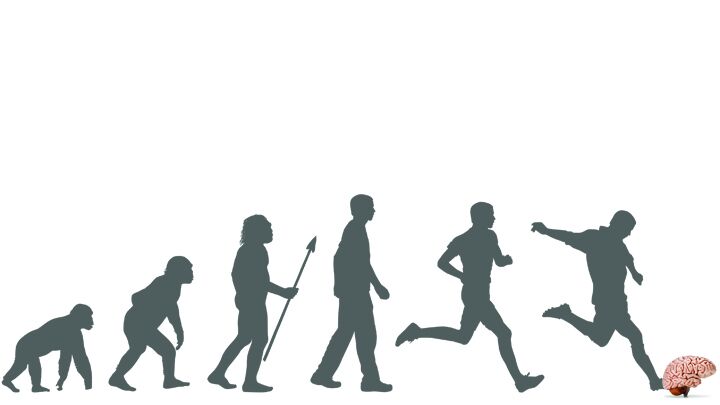 It was once thought that the human body was full of useless relics from its evolutionary past. Turns out those bits and pieces serve a purpose after all.

Why do you have an appendix? Or wisdom teeth? Or something called a coccyx? Since the days of Darwin, numerous scientists and educators have argued that “useless” or “vestigial” organs prove the theory of evolution. These organs, they say, are like leftover scaffolding that had previously performed vital functions in mankind’s “pre-human ancestors.” They just haven’t evolved their way into oblivion quite yet.

“Organs or parts … bearing the plain stamp of inutility are extremely common, or even general, throughout nature,” Darwin explained in On the Origin of Species. “It would be impossible to name one of the higher animals in which some part or other is not in a rudimentary condition.” His prime examples: the appendix and the coccyx (tailbone).

Subsequent specialists greatly expanded Darwin’s original list of useless organs. In 1895, German anatomist Robert Wiedersheim compiled a list of human structures he considered vestigial, which came to be regarded as the official one. How many human body parts were on it? More than 180.

American zoologist Horatio Newman said this staggering number was “sufficient to make of a man a veritable walking museum of antiquities.” These organs represented “evidence that man has descended from ancestors in which these organs were functional,” he said. “Man has never completely lost these characteristics; he continues to inherit them though he no longer has any use for them.”

The rapid embrace of the vestigial organ belief deepened the traction of the evolutionary theory, and also spawned new trends in the medical community. “There are undoubtedly cases where we know that certain vestigial structures are not only useless to man but worse than useless,” Henry Drummond wrote in The Ascent of Man. He called the appendix “a veritable death trap,” and also cautioned readers of the perils of other organs lurking inside of their bodies. Throughout much of the 20th century, medical practitioners removed appendixes, tonsils and other “dangerous” organs as routine operations.

The idea of vestigial organs is not a fringy, peripheral support of the evolutionary theory, but lies at its very heart. And the most frequently mentioned examples of these organs in mankind remain the appendix and the coccyx.

Appendix: The Last Shall Be First

The wormlike abdominal structure called the appendix has long occupied the lowest position on the organ totem pole. Darwin called it a leftover piece from mankind’s leaf-eating, pre-human predecessors. Many experts swallowed the theory, hook, line and sinker. The organ’s primary importance seemed to be only for the financial support of surgeons, and to provide fodder for tv sitcom writers.

For that reason, experts took note in 2009 when immunologist William Parker at Duke University Medical Center said, “Maybe it’s time to correct the textbooks. Many biology texts today still refer to the appendix as a vestigial organ” (LiveScience, Aug. 24, 2009).

Parker suggested the correction after he and his colleagues discovered that the appendix serves as a storehouse where good bacteria can lie in wait until they’re needed to repopulate the stomach after an episode of diarrhea or other intestine-emptying illness.

A separate recent study showed that the appendix conducts operations similar to those of the tonsils at the opposite end of the alimentary canal, which increase resistance to throat infections. (The tonsils, too, were long branded by evolutionists as useless and problematic.) A 2011 study showed that the appendix also helps generate, guide and train white blood cells, especially for fetuses and children. Valerie O’Loughlin, a professor of medical sciences at Indiana University, said it is “the site where a type of white blood cell called b-lymphocytes can be recognized and where the newborn and young child’s body can start to recognize certain pathogens that are in the [gastrointestinal] tract.”

The organ is far from useless, and removal of a healthy appendix under most circumstances today is considered medical malpractice.

The Tale of the Tail

Most of the evolutionary faithful maintain that the human tailbone is a leftover, useless part from mankind’s ape-like ancestors. Darwin explained: “[T]he os coccyx corresponds with the true tail in the lower animals. … [I]n many monkeys the basal segments of the true tail are embedded … [and] plainly correspond with the four coalesced vertebrae of the human os coccyx” (The Descent of Man, 1871).

Some later evolutionists argued that the human coccyx was more of a reptilian relic than a mammalian one: “The human coccyx is an evolutionary remnant of an ancestral, reptilian tail …” (William D. Schraer and Herbert J. Stoltze, Biology: The Study of Life).

Though evolutionists disputed whether it descended from a simian ancestor or a reptilian one, they agreed that the tailbone is largely useless and, therefore, a proof of evolution.

In 1994, however, renowned anatomy professor David Menton produced evidence disproving the idea that the coccyx is vestigial. “[M]ost modern biology textbooks give the erroneous impression that the human coccyx has no real function other than to remind us of the ‘inescapable fact’ of evolution,” Menton wrote in Essays on Origins.

He explained that among the key functions of the coccyx is its acting as an anchor point for several converging muscles from the ring-like arrangement of the pelvic bones. “The incurved coccyx with its attached pelvic diaphragm keeps the many organs in our abdominal cavity from literally falling through between our legs” (ibid). Removal of the coccyx often causes incontinence and serious difficulties with sitting, standing or giving birth.

The evolutionary faithful long considered the tailbone vestigial and pointed to it as evidence against creation. But the tailbone, too, was placed in the body for a purpose.

The Body Is One

Biomedical research made great strides in the latter half of the century, and experts shortened the list of “functionless organs” considerably. Research yielded more and more understanding about the importance of organs once called mere “accidents of nature.” One by one, they were proven to serve vital functions in the human body. For many biologists, Wiedersheim’s list—that once included over 180 vestigial human organs—is now down to zero.

Again, the idea of vestigial organs lies at the heart of the evolutionary theory. As recently as 2004, prominent evolutionist Douglas Theobald said, “Some of the most renowned evidence for evolution are the various nonfunctional or rudimentary vestigial characters, both anatomical and molecular, that are found throughout biology” (29+ Evidences for Macroevolution).

Yet, the idea of “vestigial” organs is deeply flawed even in strictly scientific terms.

The argument claims that the organs in question have no function. But such a conclusion cannot be arrived at scientifically. Without infinite knowledge, it is impossible to prove that something has no function. The most a scientist could say would be that, despite rigorous efforts, no clear function was discovered for a certain organ, but that a future experimenter may well uncover one.

The heart of the vestigial organ argument, then, is either an acknowledgment of ignorance (“I wasn’t able to discover the function”), or a scientifically flawed statement (“It has no function”). Observational or experimental science allows no place for such a statement. Reputable scientists acknowledge that the teaching of “vestigial organs” actually retarded the progress of science for years. Rather than experiment to discover the purpose of structures like the appendix or tonsils, they were called “vestigial” and removed.

So, how did such a flawed theory gain widespread acceptance? The idea is the product of men groping for evidence to back the theory of evolution.

Adherents of this theory didn’t immediately see a use for certain body parts, so they hastily, blithely branded those organs as useless—or even harmful. The notion was based on a lack of knowledge about how the human body functions. Even vitally important organs such as the parathyroid and thymus glands were considered vestigial until fairly recently, simply because experts didn’t understand their crucial purposes. And, despite the fact that modern science has found purposes for all organs in the body—and that future experimentation will certainly reveal even more—evolutionists still cite “vestigial organs” as one of the sturdiest proofs for evolution and against design by an intelligent Creator.

Why are these scientists willing to compromise their objectivity, which is one of the foundations of science?

Done With a Purpose

In the centuries leading up to the Scientific Revolution, the Catholic Church reigned as the primary authority and knowledge source for much of the world. The clergy often viewed scientists and their discoveries as a threat to Catholic doctrine, and sometimes embarrassed the church by striving to defend erroneous church teachings like geocentrism, which science offered empirical evidence against.

Competition intensified between science and the church, and, for some scientists, the desire to undermine the church’s authority became a primary motivation. Some scientists aimed to challenge God’s very existence as a way to discredit the underpinnings of religion. Such reasoning spawned the evolutionary theory. Proponents of the evolutionary theory have sometimes undertaken studies with that conclusion already firmly in mind. Whatever they can contort into supporting the arguments for evolution, they keep. All else they often reject or downplay.

Long before the evolutionary theory was hatched, the Apostle Paul labeled such movements “science falsely so called” (1 Timothy 6:20). True science upholds objectivity and seeks truth free of any agenda. A person’s understanding of the human body will be incomplete until he accepts that it is “fearfully and wonderfully made” by a Supreme Being (Psalm 139:14). This Creator designed mankind after His own image (Genesis 1:26-27). He placed organs within the body in a specific way and for a specific purpose, and He called His design “very good” (verse 31).

The advancement of science only brings the perfection of the Creator’s designs more clearly to light. Evolutionists strive to present plausible-sounding arguments to the contrary, but this only reveals how blind and irrational the evolutionary religion truly is. The astonishing perfection and purpose in every element of the body’s design should deepen man’s faith in the divine intelligence behind our existence (Romans 1:20). But when evolutionists are confronted by proof of this Divinity, they instead resort to extremes of ludicrousness, striving to attribute the wonders of the human body to blind coincidence. In so doing, they unknowingly exercise a blind, deceptive and irrational religious faith.

Christians face a difficult battle against this blind faith in science, which is often found even among religious adherents. We must be able to recognize this blind faith in order to weigh evidence objectively. If we resist the vain, intellectual allure of this blind but fashionable faith, then we make it possible for the wonderment of God’s masterful biological designs to boost our faith in the Omnipotent Creator. And His purpose for our lives is as perfect as the bodies He designed to sustain us!

Sidebar: The Appendix; Why So Disease Prone?

If the appendix was created for a purpose and is indeed functional, why do many suffer from appendicitis, requiring the organ to be surgically removed?

Disease and degeneration do not reflect on the suitability of God’s original design, but are the result of man rejecting God’s law, and instead living by his own ideas. Additionally, appendicitis is common only in populations that subsist on a very highly processed and refined modern diet. Societies enjoying a high-fiber diet of vegetables, fruits and unrefined grains have very low instances of the disease.