The Voice of the Bridegroom

“There was a man of the Pharisees, named Nicodemus, a ruler of the Jews: The same came to Jesus by night, and said unto him, Rabbi, we know that thou art a teacher come from God: for no man can do these miracles that thou doest, except God be with him” (John 3:1-2). Nicodemus saw Christ’s miracles and knew no man could do that—but that is not a good basis for faith. Faith does not come from what we can perceive with our senses.

This Pharisee had a wonderful opportunity to be right there with Christ—but he was afraid to come to Him except at night! Later on, he was also present when Christ was crucified, which, it seems to me, is rather pathetic. Perhaps that assuaged his guilt.

Nicodemus was clearly puzzled by the explanation, and Christ said, “Are thou a master [or teacher] of Israel, and knowest not these things?” (verse 10). Nicodemus was one of the leaders in the Sanhedrin—their supreme court at that time—and Christ asked, You mean you don’t know this? Nicodemus couldn’t even understand the physical analogy.

Again, John is the only Gospel writer who records this discussion with Nicodemus. He chose examples that fit the theme, or the specific purpose, of his message—and this one illustrates that beautifully. It’s simply that we are going to be born again! Jesus Christ, who cannot lie, said we will experience another birth—and what a birth it will be! We will receive a new body, and a much more complete mind. Born again!

The Word became flesh so we could be born into the God Family as God beings! There are no parallel accounts in the other Gospels. John kept hammering away at our magnificent potential.

Christ personally prepared John to make this calling and birth more real to us. John understood this subject more deeply than most of God’s apostles.

Exalted scholars like Nicodemus can’t get this because they won’t humble themselves so God can reveal it to them. Satan has totally blinded the people of this world to their astounding potential. He hates this subject with intense passion, because it was never promised to him. Satan never received this potential, and it really agitates him! Angels never had the potential to be sons of God. Only man has this mind-stunning potential. This future is breathtakingly awesome if we comprehend it.

You must let John’s message sink deeply into your mind. If you do, it will change your life!

The Word became flesh in order to make this birth possible! “For God so loved the world, that he gave his only begotten Son, that whosoever believeth in him should not perish, but have everlasting life. For God sent not his Son into the world to condemn the world; but that the world through him might be saved” (verses 16-17). What a price the Father and the Son had to pay in order to give us that potential!

“And this is the condemnation, that light is come into the world, and men loved darkness rather than light, because their deeds were evil” (John 3:19).

So many people believe that men are essentially good. At the burial site of former U.S. President Ronald Reagan is a plaque stating that he believed man is basically good.

But is that true? Is that what Christ said? No, He says their deeds are evil. Just look at this world—read your newspaper! There is a tremendous amount of evil in this world.

The profession of psychology also believes that man is essentially good. If it starts with a false premise, then the whole field of psychology is tainted and dangerous. It is built on a foundation of sand.

Men trust their own human reasoning. God says that man’s heart is “deceitful above all things, and desperately wicked” (Jeremiah 17:9).

This world would destroy all human life if Christ didn’t intervene and save us (Matthew 24:21-22). How evil is that?

People hate light and love darkness! Just look at what they did to John the Baptist. Jesus Christ said there was none born of women greater than John the Baptist—yet the people cast this great man of God into prison and cut off his head!

Scripture indicates John the Baptist knew he would be martyred. He knew and he lived with that. You would think that knowledge must have depressed him horribly, but it didn’t.

Do you know why?

The Apostle John uses John the Baptist to illustrate an important point. Here is an earth-shaking statement he quotes from John the Baptist: “He that hath the bride is the bridegroom …” (John 3:29).

The other Gospels talk about the Bridegroom, but only the Apostle John mentions the Bride. We know how Jesus Christ suffered. So it shouldn’t surprise us if His Bride needs to suffer as well. But there’s another part of the picture we must never forget!

Verse 29 concludes: “… rejoiceth greatly because of the bridegroom’s voice: this my joy therefore is fulfilled.”

Only the Bride hears the Bridegroom’s voice. Who is “the friend of the bridegroom” John the Baptist mentioned? It is the Bride of Christ! We are honored to be the friends of God!

When John heard the Bridegroom’s voice, he really rejoiced—his joy was fulfilled.

This voice comes from beyond the stars. God always speaks to His very elect.

Any husband who loves his wife gives her a lot of attention. Do you think Jesus Christ, the perfect Husband, is different? Look at the attention He gives His Bride. Christ woos His Bride because He loves her so. He gives you His attention because He wants your attention. There is nothing like this in the history of man before the Word became flesh, except in a few isolated cases. What a wonderful Husband we have.

John the Baptist continued, “He must increase, but I must decrease” (verse 30). John knew it was winding down for him. He probably knew he was going to die. But at the same time, he was talking about rejoicing—because he listened to the Bridegroom’s voice!

When the Bridegroom speaks, that means He’s talking about the Bride and the wedding! If you hear the Bridegroom’s voice, you are blissfully anticipating your marriage to Christ! Your whole life is focused on that wondrous vision. You are not going to get the depth of this concept, unless you prayerfully study this booklet! It is that profound.

John the Baptist listened to the wonderful, spiritually romantic voice of his Husband. It inspired him so deeply that he wondered how he could be so honored to have his head cut off for the Bridegroom!

What an extraordinary attitude!

Yes, we suffer. We suffer with the Bridegroom. But don’t forget the marriage!

Realize why you have trials and tests. It is suffering that gets us ready for the marriage!

A righteous death only means you’ve got it made! Of course there is sadness in death; it’s not that it doesn’t matter. But look at the whole picture!

John was about to be thrown into prison and have his head lopped off, and he was listening to the Bridegroom’s voice! I suppose he knew Christ’s evaluation of him, and as a result his joy was made full.

How easy would it be to get depressed in a situation like that? John could have said, Here I am, doing everything I’m told—and I’m about to have my head cut off and presented on a platter to a bunch of pagans! I’ve got to find a different religion!

But that isn’t the way he reacted at all. John the Baptist knew that the marriage to the Bridegroom was real—and, no matter the physical circumstances he faced, he really rejoiced when the Bridegroom spoke, and he thought about that marriage.

Why did John the Baptist discuss the Bride and the Bridegroom shortly before his head was cut off? He was keeping this eternal and most exalted marriage in his mind! He knew that this trial was getting him ready for that marriage without equal, which would last forever.

That vision caused John the Baptist to rejoice in the worst situation he ever faced.

As it says in Revelation 19:7, “Let us be glad and rejoice, and give honour to him: for the marriage of the Lamb is come, and his wife hath made herself ready”!

We must have this vision in order to get ready! Without it, we will fail.

If we don’t keep that wonderful marriage in our minds, we won’t be positive and stirred and inspired. But if we think about it deeply, we will say—even when we’re in the midst of trial—even if, like John, we’re in prison and facing execution—that we “rejoiceth greatly because of the bridegroom’s voice: this my joy therefore is fulfilled”!

Is that marriage vivid in your mind? Do you think about when the marriage is consummated and you’re in that headquarters temple with Jesus Christ? I know that God’s very elect have this vision in their minds. But is it deep enough in your mind to cause you to rejoice in your worst trial? You need to ponder that question!

We must suffer, but let’s never forget why we suffer.

Throughout eternity, people will be looking at us and saying, Why, that is the Bride of Christ! Is that vision deep enough to keep you stirred and moved to realize where all this is leading—even if you have to die?

We were born to achieve this future!

This is the greatest marriage there ever will be for all time in all the universe! This is an epic event that will never be duplicated!

But the ultimate tragedy is that 95 percent of God’s people today are too lukewarm to want it!

Jesus Christ—your Husband, your Friend—is doing everything He can to try to woo you so you won’t turn away as the Laodiceans did! He is spreading the table and offering everything to His Bride! And He wants us to keep the marriage in mind so we won’t be drowned in our problems and want to give up.

This marriage is a million times more exciting than any physical marriage ever was!

Think about what our Laodicean brethren are missing! It is a terrible tragedy. Dying is not a tragedy. Missing out on this marriage is a tragedy!

This is all that even God can give us!

Even on a physical level, when a man and woman are going to marry, they are filled with excitement about planning that wedding, and preparing for that marriage. They can see the marriage so vividly! It’s so stark and striking in their minds that they work to do everything they need to do to be ready for that marriage.

That is what John is telling us we have to do. We must see it very clearly! Only then will we be motivated to make the changes necessary to become the Bride of Christ.

Continue Reading: Chapter 4: ‘I Am’ 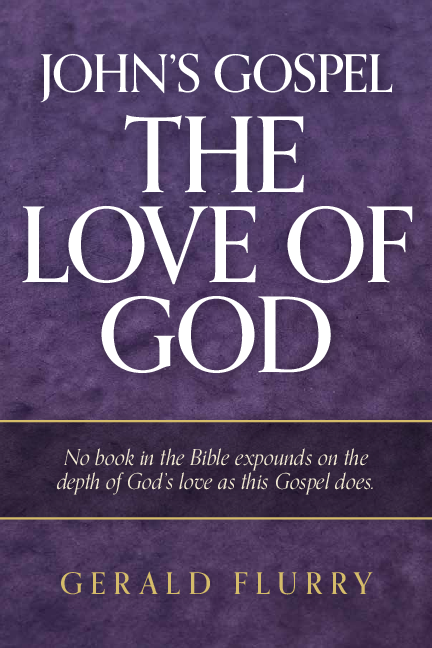