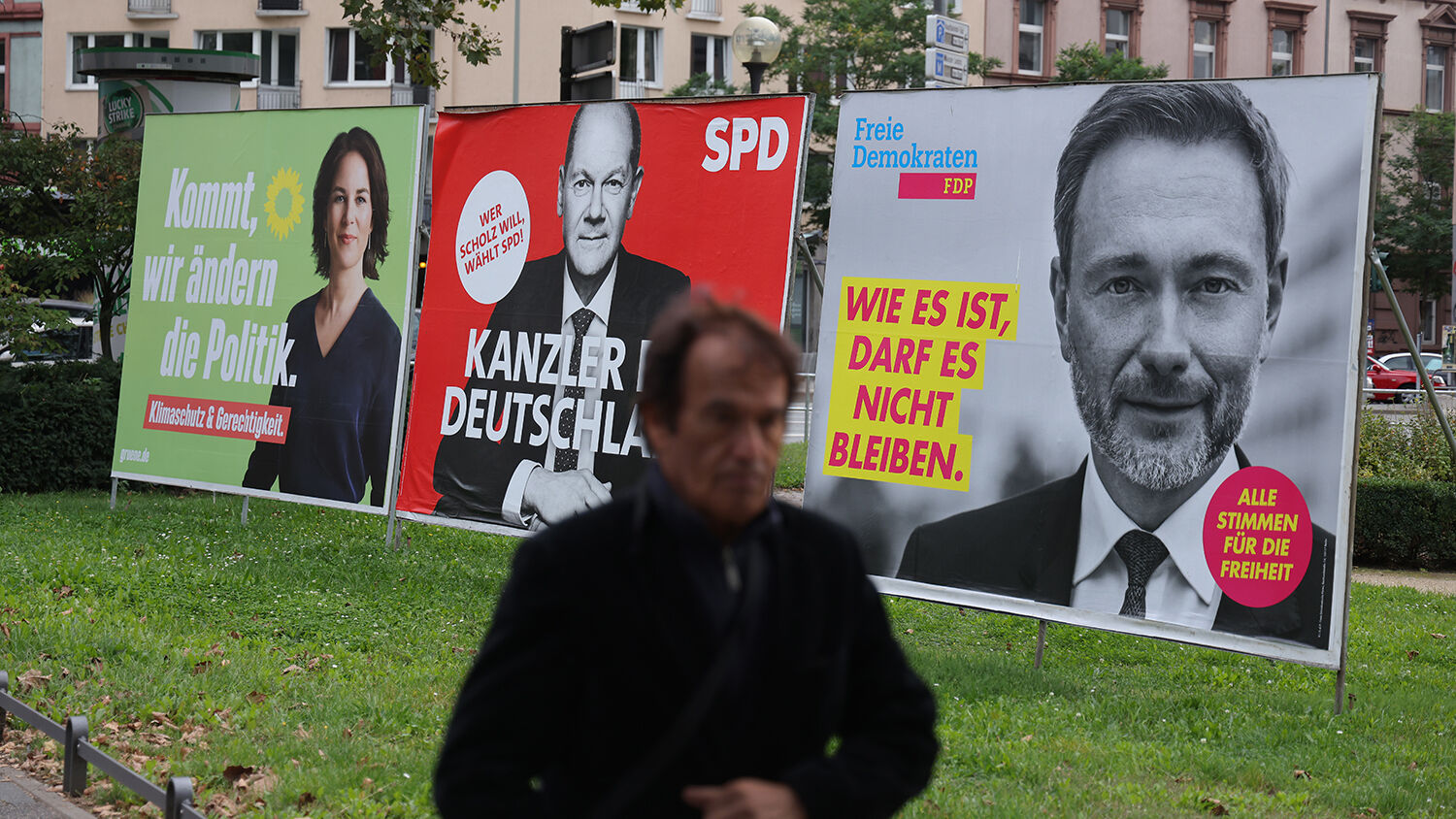 Germans voted for Angela Merkel’s replacement on Sunday. The results could hardly be less conclusive.

No common coalition grouping has a majority. It’s not even clear who’s in first place. The two main parties, the Social Democrats (spd) and the Christian Democratic Union (cdu), are neck and neck, with around 25 percent of the vote. Thus far, the spd has a slight lead, but that could disappear as counting continues.

Political watchers are busy doing, then redoing, the coalition maths, determining which awkward combinations of three parties have a theoretical shot at forming a government. One outcome could be another spd-cdu coalition. But this will be unlike any grand coalition seen before. There’s no major or minor party; somehow the two opposing parties would have to divide the government equally between them. And then they’d rule with a razor-thin majority.

Other potential coalitions raise difficult questions. How could the pro-business, low-tax Free Democrats form a coalition that includes the anti-business, high-tax Greens? Would the environmentalists join forces with the center right? Could the Left Party, the successors to East Germany’s Communists, be invited into government?

This much is already clear: The elections have set Germany up for a weak, precarious government. No one has a clear mandate to govern, and no one has an easy path to the chancellorship.

The Times of London already headlined its coverage: “Germans Face Months of Uncertainty After Knife-edge Election.” Germany’s 2017 elections also took place in late September. The new government didn’t take office until March. This time the coalition negotiations will only be harder.

Germany is now stuck with a series of disappointing election results. It points to serious unease at the heart of Germany. In 2019, Trumpet editor in chief Gerald Flurry wrote:

Since 2015, Chancellor Merkel’s Christian Democratic Union and her sister party, the Christian Social Union, have suffered multiple unprecedented electoral setbacks. In September 2017, Germany’s mainstream parties did so badly in the federal election that it took six months to cobble together a coalition—this was the longest Germany had been without a government since 1945. …

These shifts should awaken the whole world to what is happening in Germany! German discontent and anger are soaring. If you understand history and the national character of the German people, you know this has serious implications for this powerful nation at the heart of Europe!

The Bible prophesies of a radically different direction for Germany—and a radical new leader who will bring it about.

Daniel 11:21 describes a leader who will come in “by flatteries.” The Jamieson, Fausset and Brown Commentary says that “the nation shall not, by a public act, confer the kingdom on him, but he shall obtain it by artifice, ‘flattering.’” Barnes’ Notes on the Old and New Testaments states, “[I]n other words, it should not be conferred on him by any law or act of the nation, or in any regular succession or claim.”

In his 2019 article, Mr. Flurry wrote: “Current conditions in Europe, including the refugee crisis and the turmoil in German politics, provide probably one of the greatest opportunities ever for a new leader to come into power ‘by flatteries.’ Chancellor Merkel is on her way out and is now a lame duck. Expect political and social crises in Germany and Europe, and public resentment and anger, to grow even deeper. Then watch for a strongman to take advantage and make his way to power through flatteries!”

If anything, those conditions are even more conducive to “flatteries.” America’s withdrawal from Afghanistan has called into question the fundamental assumptions on which German’s security is based. Europe faces a new refugee crisis. The euro crisis is still bubbling below the surface. Germans fear that the European Union may print euros to bail out southern Europe, rendering their savings worthless. In election after election, Germany’s democratic process has failed to produce a man who will solve these problems.

Meanwhile Europe is also tired of looking to Germany for leadership and not getting any. As Europe’s most populous state, largest economy and de facto head, no German leadership means no European leadership. For years Europe has been waiting on Germany to make big decisions. That wait is not over. Could European impatience also fuel major changes in Germany?

Even if the political parties get a coalition together in a reasonable amount of time, it will have to be made up of ideological enemies. And with Merkel gone, there’s no experienced statesman to keep it all together. Any coalition would be fragile. Could Germans soon be open to solutions from outside Germany’s democratic process?

The Bible says yes. In 1950, late educator Herbert W. Armstrong warned that Europe would become “distrustful of America and thinking more and more about uniting themselves into a united states of Europe.” To do that, they need a “new supreme leader—the successor of Adolf Hitler—to rise up and assert himself and take command.” This leader will play a crucial role in world events, which is why we’ve been watching for his arrival for years.

Mr. Flurry has continued that warning since the Trumpet magazine’s earliest issues. “If a real crisis develops, will the Germans call for a new führer?” he asked in our December 1991 issue. “Your Bible says that is going to happen! That crisis will probably be triggered by an economic collapse in the U.S.”

The German election results show that leader is closer than ever. It has never been more critical to understand Bible prophecy. That prophecy shows what will happen in the months and years ahead. But more importantly it tells you why it is all happening, and it shows the purpose the great God who forecast it thousands of years in advance has in these events. That understanding gives us the only real hope behind this world news.

To understand what is happening in Germany, why it is happening, and how critical it is for the world, read our free booklet A Strong German Leader Is Imminent.