The foundations of European security have been rocked. How will it react? Prophecy foretells. 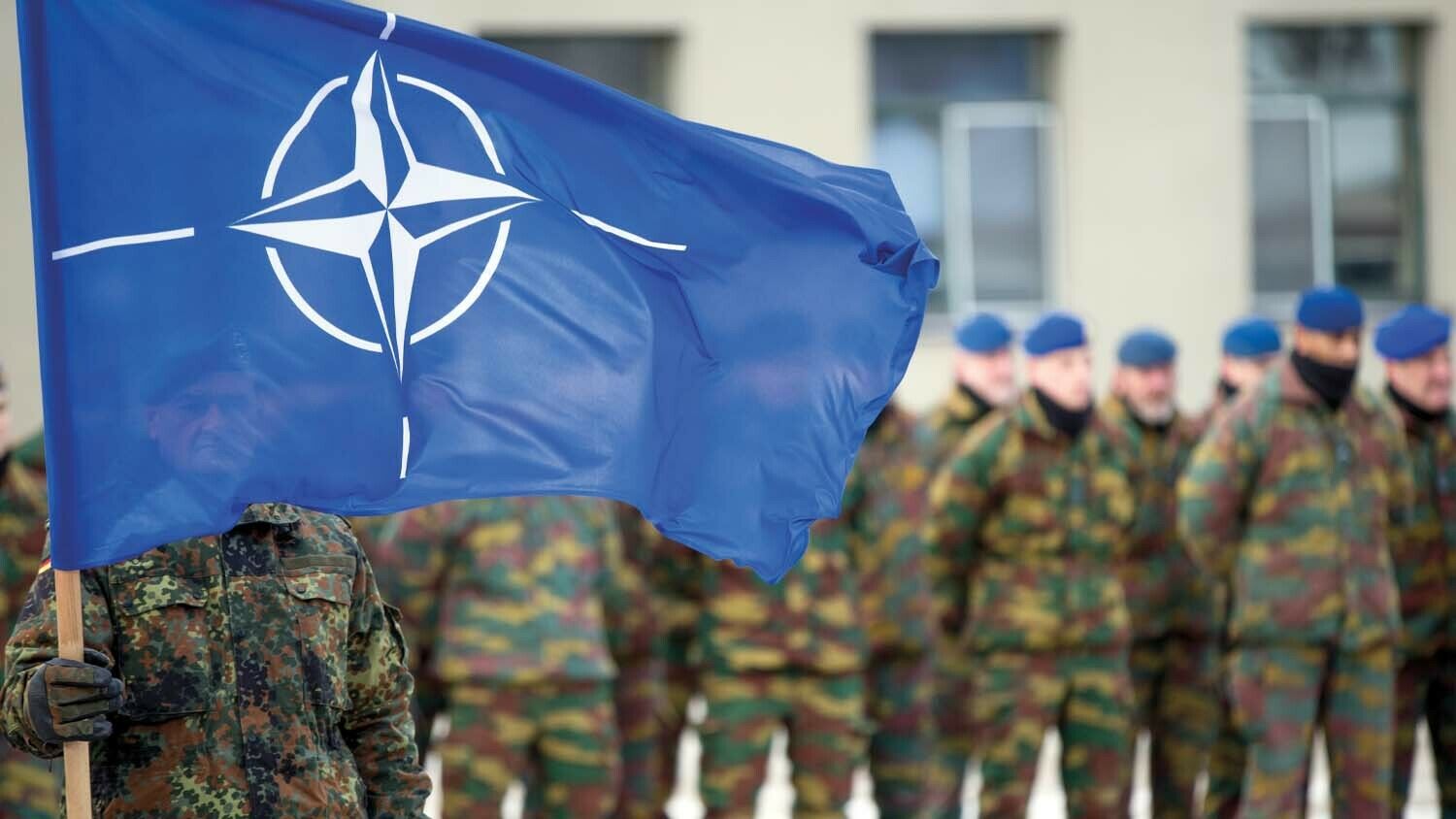 German personnel and many more in the U.S.-led alliance are ready to see war done right.
Kay Nietfeld/picture alliance/Getty Images

The foundations of European security have been rocked. How will it react? Prophecy foretells.

It is a crisis because it shakes the foundation of European security: the belief that America will protect its allies.

Europe right now is in the same position the Afghan government was in six months ago.

The Afghan military had nearly 300,000 soldiers. Behind them stood fewer than 5,000 American soldiers stationed in the country.

The presence of these relatively few American soldiers, as we now see, was critical. It was, above all, a promise. America was committed enough to keep its personnel in the country, meaning that if the enemy wanted to overrun the Afghan military, it would inevitably run into America. That promise enabled the Afghans to control most of the country.

Then America pulled its soldiers out, suddenly, precipitously, and even with thousands of Americans still inside. This showed that the promise no longer stood. And the Afghan military collapsed immediately.

European Union countries have 2.4 million soldiers. Behind them stand 55,000 American soldiers stationed within their borders. In a full-scale conventional war with Russia, this would be too few men to defend a continent. But they symbolize a promise. Most of Europe is part of the North Atlantic Treaty Organization, and the agreement is written in black and white: If a nato member is attacked, America will defend it.

This promise has enabled geopolitical pygmies like Estonia to flourish in Russia’s shadow. It has enabled nations to save vast amounts of money on their militaries and to focus instead on building generous welfare states or, in Germany’s case, to build a world-leading export economy.

After the fall of Kabul, this foundation of European security looks far shakier. If America forsakes its Afghan allies so completely, could it do the same to others?

China hopes so. The editorial board of the Global Times, China’s state-run news agency, wrote this threat to Taiwan: “From what happened in Afghanistan, they should perceive that once a war breaks out in the Straits, the island’s defense will collapse in hours and the U.S. military won’t come to help. [Government] authorities will quickly surrender, while some high-level officials may flee by plane” (August 16).

Closer to home, Ukraine is similarly worried. “[T]he nature of the American withdrawal from Afghanistan has set off alarm bells throughout Ukraine and served as a wake-up call for anyone who still believes that continued Western support can be relied upon indefinitely,” wrote Alyona Getmanchuk, director of the New Europe Center (Atlantic Council, August 16).

It’s a question being asked around the world. British commentator Melanie Phillips warned, “America’s allies can now see that the U.S. is a faithless friend, the weak link in the chain of Western defenses and with untold consequences for their own security” (August 16).

Gérard Araud, former French ambassador to the U.S., wrote, “Europeans have nothing to expect from the United States in Ukraine, Syria, Libya and the Sahel beyond diplomatic support. Europe is in flames, but the U.S. fireman will not come” (Atlantic Council, August 18).

Those fires could break out more and more often. “If a band of brutal Islamist extremists can defeat the United States, China will have no doubt that with time, resources and good organization, it will also prevail against the United States in its neighborhood,” former U.S. Ambassador to nato Kurt Volker wrote. “Russia will not take seriously any threat to push back on its military aggression and absorption of territory belonging to its neighbors. isis and al Qaeda will use the Taliban victory to renew calls for jihad against the United States” (cepa, August 13).

It is America’s commitment that keeps Russia out of Europe. And over the last five years, the U.S. has been the main force restraining Iran and radical Islam. The Afghanistan debacle sends a lightning-bolt message: Europe will have to deal with the problems created by these emboldened powers on its own.

That doesn’t mean that this realization will hit Europe with enough force to get it to act right away. Europeans have enjoyed U.S. protection without having to pay for it. It will probably take a crisis or two to shake them from that torpor. “I doubt that Kabul will be the wake-up call they need,” said Araud.

But because of Afghanistan, those crises could be just around the corner.

The biggest fear about the Taliban’s return is that it could lead to another 9/11. If it does, there’s every chance that this 9/11 occurs on European soil. In the last decade, about 70 people have been killed in Islamist terrorist attacks in the United States. In Europe, it’s nearly 400.

The Taliban’s takeover of Afghanistan has released hundreds of imprisoned al Qaeda fanatics, including some known to have been plotting to attack the West. A June 1 United Nations Security Council report warned, “Large numbers of al Qaeda fighters and other foreign extremist elements aligned with the Taliban are located in various parts of Afghanistan.”

Perhaps even more dangerous are Iran’s links to the new regime. Iran sponsors numerous terrorist groups around the world. Working together, what will they accomplish?

Compounding this is the threat of a new migrant crisis.

Even before the Taliban took over, 30,000 people fled Afghanistan each week. Sybille Schnehage, an aid worker in Afghanistan, warned, “We can assume that up to 3 million Afghans will make their way to Europe in the foreseeable future.”

Less than half that number of refugees from around the world—1.3 million—arrived in Europe in 2015. The resulting political crisis shook the foundations of governments across the Continent and sparked an outbreak of political extremism not seen since the 1930s. Can European politics as we know it survive the arrival of 3 million Afghans? What if, as has occurred repeatedly in Europe, that mass of refugees harbors even a few terrorists?

Last time around, Europe “solved” the refugee crisis by paying Turkey to prevent immigrants from traveling to Europe. But Turkey already has 3.7 million Syrian refugees and 300,000 Afghan refugees. Refugees are now a political issue in Turkey too. This time, that solution may not be available.

The potential for a new migrant crisis immediately arrests the attention of EU leaders. The day after Kabul fell, French President Emmanuel Macron warned, “We must anticipate and protect ourselves against significant irregular migratory flows that would endanger those who use them and feed trafficking of all kinds.” A foreign-policy spokesman for one of the European Parliament’s largest parties quickly warned on August 16, “We must now do everything we can to ensure that those fleeing get protection close to home.” In other words: Make sure they don’t come here!

Considering these catastrophic consequences, it’s no wonder Europe is livid about the way America handled its evacuation.

France 24 reported: “European leaders … looked on with dismay at the rapid collapse of two decades of a U.S.-led Western campaign in the country” (August 17).

“Across Europe, officials have reacted with a mix of disbelief and a sense of betrayal,” wrote Politico. “Even those who cheered Biden’s election and believed he could ease the recent tensions in the trans-Atlantic relationship said they regarded the withdrawal from Afghanistan as nothing short of a mistake of historic magnitude” (August 17).

Afghanistan was Germany’s longest, most extensive military mission since World War ii. The Germans responded to America’s request for help in Afghanistan 20 years ago. Now they feel their sacrifice has been casually tossed aside. Chairman of the Bundeswehr Association André Wüstner called the situation in Afghanistan “shameful” and claimed that veterans would be “enormously furious.”

Armin Laschet, leader of the Christian Democratic Union and a leading candidate to become Germany’s next chancellor, called Afghanistan “the biggest fiasco” since the founding of nato.

All this means that European countries must do more to defend themselves. Politico wrote: “At a time when some European leaders, including French President Emmanuel Macron, have been pushing for the bloc to pursue a security policy less dependent on America, Afghanistan is bound to be used as evidence for why ‘strategic autonomy’ is necessary” (ibid). These leaders reason that if they don’t boost their independent military power right now, they will be forced to when crises worsen and the U.S. declines to step up.

In these events, we see a clear and specific Bible prophecy coming to the fore.

Daniel 11:40 is the crucial prophecy for understanding events in the Middle East. It states, “And at the time of the end shall the king of the south push at him: and the king of the north shall come against him like a whirlwind, with chariots, and with horsemen, and with many ships; and he shall enter into the countries, and shall overflow and pass over.”

“The king of the south” refers to radical Islam, led by Iran. Its main enemy lies to the north.

Other prophetic passages help us identify this northern “king.” The book of Revelation describes this dominant power in the end time as “the beast.” Revelation 17 depicts it being led by a “woman,” symbolizing a church (e.g. Ephesians 5:22-27). Revelation 17 tells us this beast power is led by a succession of kings: It rises and falls seven times (verses 9-10).

In all world history, you can find an empire that is led by a church and has repeatedly risen, fallen and risen again in only one place: Europe. This fits with the geographic references in Daniel 11.

But Revelation 17 tells us that some important changes will soon come to this European power. Verses 12 and 13 show that it is composed of 10 kings who pool their military resources to create a gigantic war-making machine. The aftermath of Afghanistan is pushing Europe in exactly this direction.

The king of the south “pushes,” or attacks and provokes, this northern power. Nearly 400 terrorist deaths in a decade show this push is already beginning. We can expect it to intensify.

What is not said in Daniel 11:40 is another crucial element of this prophecy. “As these two powers build toward confrontation, America, Britain and Judah are nowhere to be found in the Daniel 11 prophecy,” wrote Trumpet editor in chief Gerald Flurry in 2016. “The nations of Israel aren’t even in the picture. They will be helpless victims, not aggressors, in the coming war.”

But the Europeans won’t respond in the same weak way as the Americans.

Once finally forced to act, Europe will reclaim its “strategic autonomy” by mobilizing a war machine that sweeps through the Middle East like a flood.

The vision in Daniel 11 leads right into Daniel 12, and it concludes with a countdown to the return of Jesus Christ to Earth (verse 12). This prophecy points us toward some catastrophic conflicts directly ahead, but it also directs us to Christ’s return. The early stages are already coming to pass—and we can expect events to conclude exactly as God prophesies as well!

The King of the South
The Prophet Daniel wrote about a future confrontation between the king of the north and the king of the south. We are now in the time when these two major powers are quickly rising! The king of the south is stirring up trouble even today. It is critical that you know the identity of this prophesied power!
From The October 2021 Philadelphia Trumpet
View Issue FREE Subscription
Next
Previous