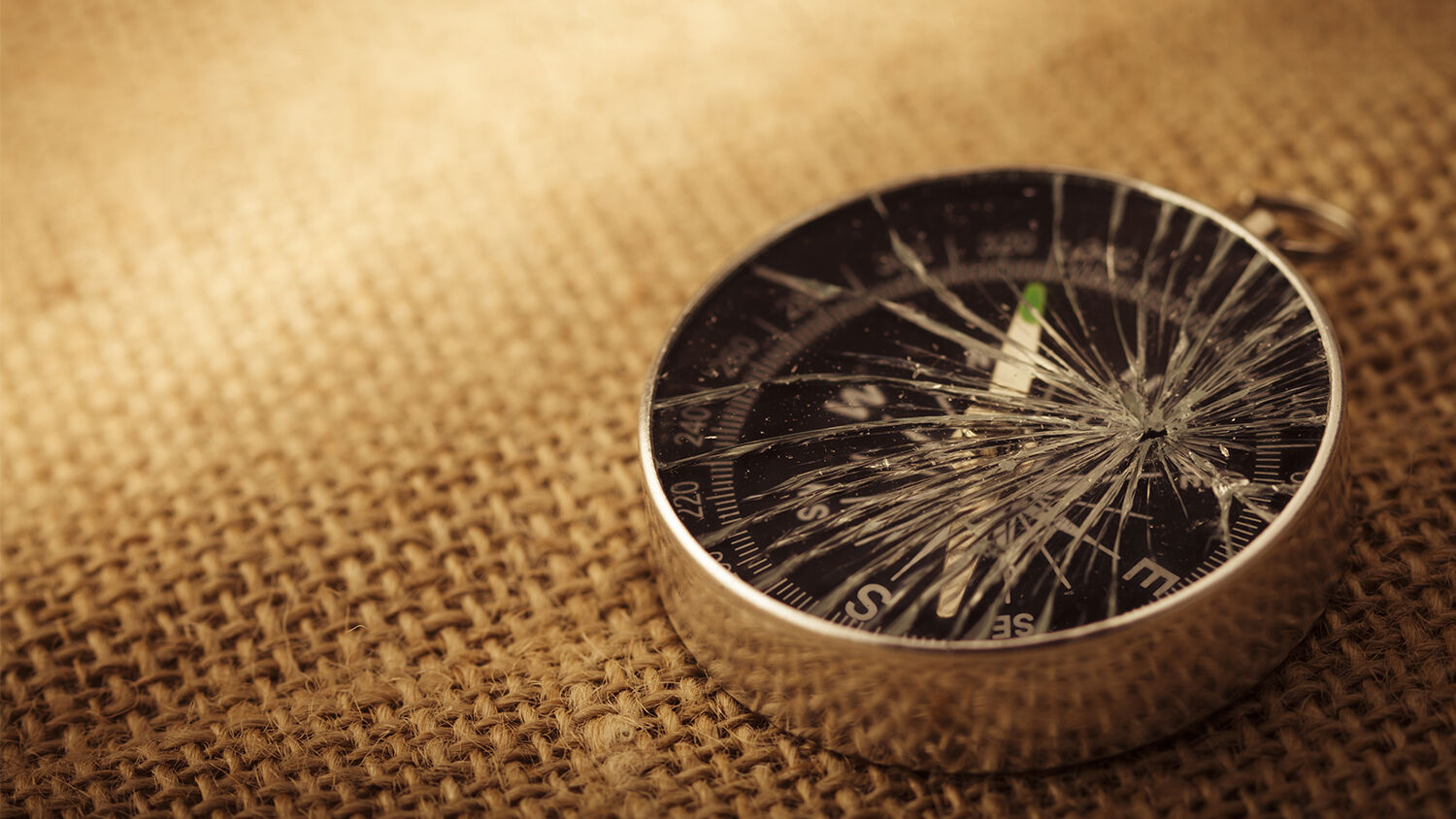 World leaders gathered for the Munich Security Conference over the weekend in one of the most important military and foreign-policy conferences of the year. This year’s theme was “Westlessness.”

No, that’s not a typo. Instead, the conference focused on a fundamental shift in world order.

Since the end of the Second World War, “the West” has been one of the key players in world events. While not totally unified, the West includes the United States, Britain, Australia, New Zealand, Canada and Western Europe, with Eastern Europe joining after the end of the Cold War. This bloc has held similar values—freedom, democracy, relatively free market economies—and is held together by a series of overlapping alliances, like nato and the European Union.

Westlessness is the end of this worldview. This bloc wields less power on the world scene. It is less unified. Parts of it are turning against its core values.

In focusing on Westlessness, the conference exposed one of the most important trends in world events.

With leaders from both the U.S. and Europe giving their thoughts on the big issues of the day, the conference exposed the massive divide between the two. “The two sides aren’t just far apart on the big questions facing the West (threats from Russia, Iran, China), they’re in parallel universes,” wrote Politico.

French President Emmanuel Macron and German President Frank-Walter Steinmeier openly blamed many of their problems on the U.S. Yet U.S. Secretary of State Mike Pompeo insisted, “The West is winning; we’re collectively winning.” His triumphalism was met with stony silence. Many in the room no longer consider themselves on the same side as the U.S.

“One thing is certain: There will be no return to the heyday of close trans-Atlantic ties,” wrote Deutsche Welle. “Rhetorically, at least, the Europeans have been shaken awake from that dream. There is much talk of Europe becoming a sovereign, strategic, political power. There are demands that Germany once again learns the language of power, which French President Emmanuel Macron has already seemed to master.”

The highlight of the conference was perhaps the appearance of French President Emmanuel Macron. The French president brings incredible dynamism to the European debate. He fights for European independence. He wants a common foreign and defense policy. And if that does not work for all 27 remaining EU members after Brexit, then Paris would be happy to work with those that do support the idea repeatedly advocated at the conference: to create a Europe capable of action in the face of the “rivalry of the great powers.”

Mr. Macron said that Europe must avoid being America’s junior partner. He has a grander destiny in mind.

He said he was “convinced that we need a much stronger Europe in defense.” Some European states—particularly those in Eastern Europe—would rather stick close to the U.S. than have Europe go alone and create its own separate, powerful military. That opinion was also on display at the conference. But Macron’s message was that Europe must simply move on without them, even it is only a smaller, “core” group of nations that become a military power.

Mr. Macron’s comments were enthusiastically endorsed by the German participants. Armin Laschet, one of the top candidates to replace Angela Merkel as Germany’s chancellor, said, “I would like to apologize on behalf of the German government” for not moving more quickly on Macron’s proposals. German Defense Minister Annegret Kramp-Karrenbauer said she “completely agreed” with Macron. Foreign Minister Heiko Maas called for the “construction of a European security and defense union” within 10 years.

Some of this renewed push for a military union is already bearing fruits. The day after the conference, EU leaders agreed to a new military mission to enforce an arms embargo on Libya. Maas made clear he envisioned more such missions. German security is defended “in Iraq, Libya and the Sahel,” he said at the conference.

Macron even raised the prospect of France helping this military union by sharing its own nuclear weapons. Currently, many European countries rely on American nuclear weapons for their nuclear umbrella. Macron wants to end that dependence. “We have to think in a European way as well,” he said. Shortly before the conference, he invited Germany for talks on the subject of nuclear weapons with France—further indicating that France may be willing to share its nukes.

Mr. Macron also indicated that Europe could move closer to Russia as it moves away from the U.S. He said U.S.-led sanctions against Russia were “totally inefficient.” Europe, he said, “will reengage in a strategic dialogue.”

American officials worked hard at the conference to encourage Europe to move away from China. They failed; European nations will continue their close cooperation despite pressure from America.

It is clear that “the West” is no more. There are two power blocs: a German-dominated Europe on the one side; the United States, Britain, Canada, Australia and New Zealand on the other.

Understanding this divide is fundamental to all the forecasts we make at the Trumpet. As Herbert W. Armstrong proved in his free book The United States and Britain in Prophecy, the U.S., Britain, Canada, Australia and New Zealand—along with others, including the Jewish State of Israel in the Middle East—are descended from ancient, biblical Israel.

This European power, in contrast, is the force God is raising up to punish Israel. These two have fundamentally different backgrounds and different destinies. They appeared to be one bloc in the postwar world, because America was powerful, and Europe, devastated by World War ii, was weak. But as Europe rises, the divide is clearer than ever—so clear that it’s obvious to the organizers of the Munich Security Conference.

This is the true source of “Westlessness.”

America still believes this German-led Europe is its closest friend. To Secretary of State Pompeo, the relationship between the two is great.

This side of the relationship is also prophesied.

Biblical prophecy warns that Israel will trust in lovers—foreign allies—that will destroy it. “All thy lovers have forgotten thee; they seek thee not,” God warns the nations of Israel in Jeremiah 30:14.

“They give gifts to all whores: but thou givest thy gifts to all thy lovers, and hirest them, that they may come unto thee on every side for thy whoredom,” says God in Ezekiel 16:33. Could this apply better to any nation other than the modern United States?

America has given Europe nuclear weapons. They’re stationed in Germany, the Netherlands, Italy and elsewhere—and ready to fly on German planes. The U.S. spends nearly $700 billion on defense, while the EU spends much less than half that. These European countries can have their generous welfare states because the U.S. is paying for most of their protection.

U.S. President Donald Trump is trying to change this and cut back on some of the “gifts.” Europe is responding by saying that the relationship is over, and it is all America’s fault. If Europe isn’t receiving the gifts, it doesn’t want the alliance. It’s not really an ally America can trust.

France’s role in this is important to note. France is also descended from biblical Israel. Yet it is playing a major role in creating this new European power—all with the strong encouragement of Germany. Trumpet editor in chief Gerald Flurry described this betrayal in his article “France Is Resurrecting the Holy Roman Empire” in the latest Trumpet issue.

But God says He is the one ultimately behind this trend. “All thy lovers have forgotten thee; they seek thee not; for I have wounded thee with the wound of an enemy,” God reveals in Jeremiah 30:14. In Ezekiel 16:37, God says, “I will gather all thy lovers, with whom thou hast taken pleasure … I will even gather them round about against thee ….”

Why? God explains in Ezekiel 23:35 that Israel “hast forgotten me, and cast me behind thy back.” We have rejected God. We have not trusted Him for protection, and we try to make up for that lack of protection by looking to foreign powers. America invests all this money into the nato alliance because previous leaders have believed it makes America safer. They believed that if they made Europe powerful, Europe would embrace America’s values and help defend America from its enemies. Mr. Trump is pulling away from that policy, but he’s not looking to God for protection either.

God’s problem with American foreign policy is that America trusts in foreign nations and not in Him.

Senior figures in the Trump administration quote 2 Chronicles 7:14: “If my people, which are called by my name, shall humble themselves, and pray, and seek my face, and turn from their wicked ways; then will I hear from heaven, and will forgive their sin, and will heal their land.” They are right: This verse applies to America. God promises protection—but with conditions. It requires the nation to “turn from their wicked ways,” a part of the verse they often leave out of the quote.

Instead, we trust foreign powers.

“We violate that as a nation,” he said in a World Tomorrow broadcast in the 1980s. “Now I don’t think we realize we are doing it—I don’t think we do at all. I think we sincerely think—we’ve just kidded ourselves into thinking—we’ve been deceived into believing that we are really relying on God.

“But then you know, we think that God is sort of a myth, and He’s far off. Maybe He is not real? And maybe He couldn’t really help us? So we must depend on something that is real. We must depend on something that we can see. And so now we are so afraid of Russia that the United States government feels that it must take what we call a ‘calculated risk,’ … and try to build up Germany and Central Europe against Russia.”

The United States built modern Europe. Its prosperity and security rest on American foundations. And now the Continent is turning against America exactly as the Bible warns.

God is behind what Europe will do to America once it turns on the U.S. But He does it out of His love. It will be painful for America to experience the consequences of its actions, to watch its lovers betray it. But God has a purpose. He says that ultimately “ye shall know that I am the Lord God” (Ezekiel 23:49). This breakup of a relationship that never should have developed will ultimately lead America to return to the one who loves the nation with a sincerity and power that no foreign country can match.