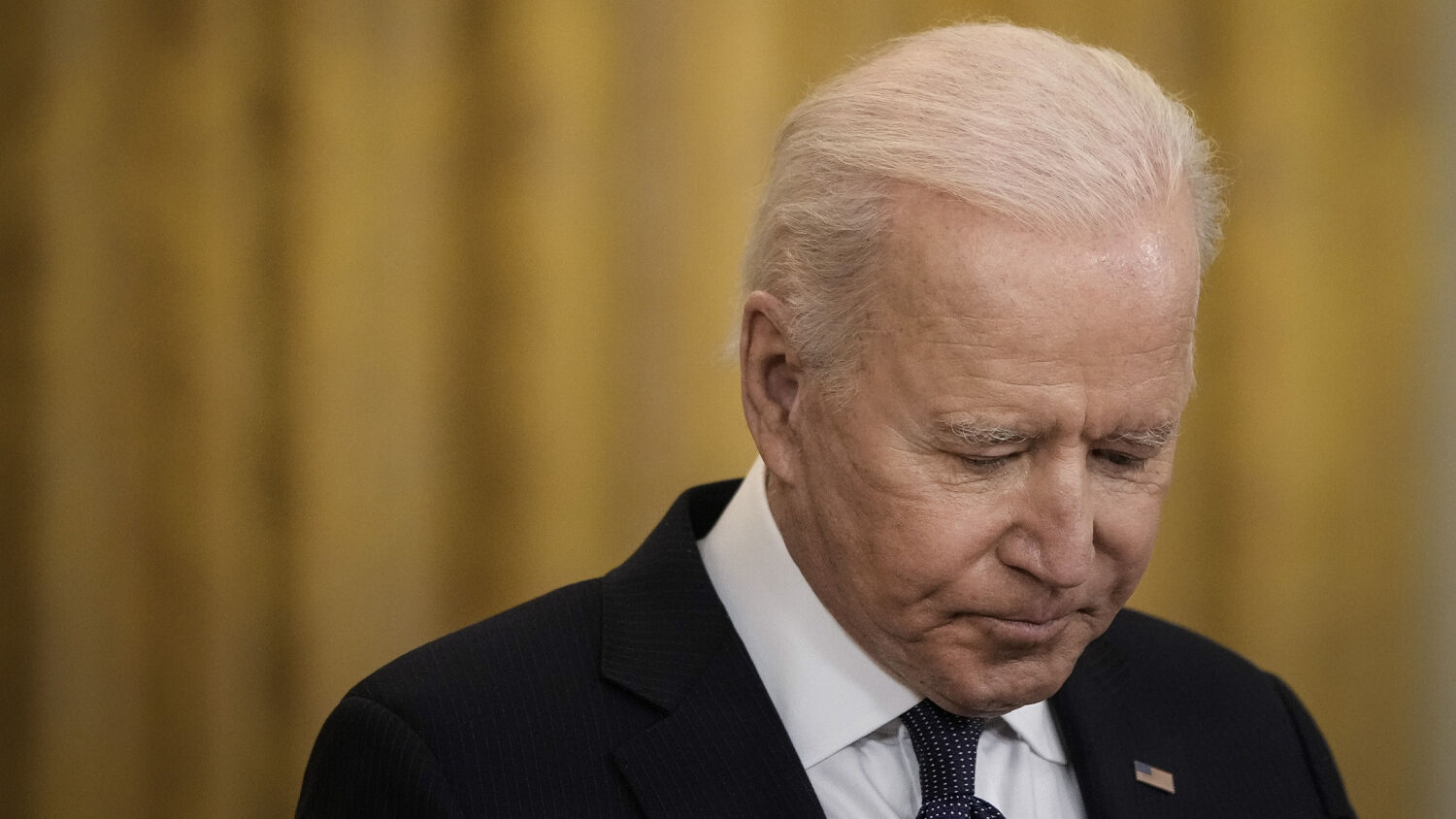 Joe Biden pauses while delivering remarks on the economy in the East Room of the White House on May 10.
Drew Angerer/Getty Images

Investors are afraid the U.S. government will inflate away their Treasury holdings, so they are looking for a more stable reserve currency.

Billionaire hedge fund manager Stanley Druckenmiller warns that out-of-control government spending may destroy the dollar’s status as the world’s dominant reserve currency within the next 15 years. An International Monetary Fund’s survey of official exchange reserves reports that the share of dollar reserves held by central banks is at its lowest level in 25 years. But the Biden administration does not seem concerned. On May 27, Joe Biden unveiled his very first federal budget proposal. It calls on the federal government to spend $6 trillion in the fiscal year 2022—the highest level of sustained federal spending since World War ii.

In addition to $4 trillion on mandatory outlays, such as Social Security and Medicare, the Biden proposal earmarks $1.7 trillion for discretionary expenditure and $305 billion for interest on the national debt. This spending equals 25.6 percent of America’s gross domestic product—less than the 31.2 percent the government spent in 2020 and less than the 32.9 percent it spent in 2021, but far more than any other year since 1945.

And Biden’s proposal does not project that spending will fall below 24 percent of gross domestic product in the foreseeable future.

The reason Biden’s proposal is bigger than some conservatives expected is that he asked for $15.8 billion for his American Families Plan and for $8.4 billion for his American Jobs Plan—two enormous bills designed to sneak the Green New Deal and Universal Day Care into America by disguising them as infrastructure and preschool programs. His vision is to enlarge the government to the biggest it has been since World War ii, not to defeat the evils of Nazism and Japanese imperialism, but to pay for electric cars, home health aides, and universal daycare.

By the end of this first term, Biden expects to be collecting $4.8 trillion in taxes while spending $6.2 trillion. That means he will be printing or borrowing $1.4 trillion to meet expenses and paying $365 billion in interest on the projected $33.8 trillion national debt. These statistics are hard to fathom, so for perspective, compare the government to a household. Slash eight zeros from the official figures, and it is like a family that expects to earn $48,000 a year—while spending $62,000 a year. This family plans to put $14,000 on its credit card, even though it expects to have $338,000 already on its card at the time. It will also be paying $3,700 a year in interest and no longer even pretends to have a plan to pay off its debts. No well-managed bank would lend this spendthrift family more money.

And that is why Stanley Druckenmiller believes the dollar’s days as world reserve currency are numbered. Once foreign nations stop lending America money, America will be forced to rely solely on money printing to finance its deficit spending, or it will be forced to slash discretionary programs like defense spending drastically. The first option would lead to hyperinflation, and the second option would leave the nation unable to defend itself.

In an interview with the Financial Times, former Treasury Secretary Larry Summers warned that the Biden administration is pursuing “the least responsible fiscal macroeconomic policy we’ve had for the last 40 years. … We’re seeing an episode that I think differs both quantitatively and qualitatively from anything since Paul Volcker’s days at the Fed, and it stands to reason that would lead to significant changes in expectations.”

In other words, the anti-inflationary credibility the Federal Reserve has worked hard to establish after it ruined its reputation during the Carter administration is being destroyed. Foreign investors are worried that the U.S. will inflate away the value of their Treasury holdings, so they are looking for reserve currency alternatives.

Financial historian Niall Ferguson has warned that nations and empires usually fall apart when the cost of servicing their debts exceeds the cost of defending their borders. America keeps pushing this tipping point into the future by negotiating lower and lower interest rates on its Treasury bonds. Still, it will reach it suddenly when the dollar inevitably loses its reserve currency status. That is why the national debt may be the most significant domestic threat to America’s national security.

In ancient times, God instructed the Israelites that blessings come from obedience to His laws, just as curses come from disobedience. In Deuteronomy 28, God specifically warned that debt problems are among the many afflictions that come from disobedience. Specifically, God warned that if Israel turned away from Him, strangers would lend them money, but they would not lend to others. America’s current economic woes are not the cause of its problems. Instead, they are one of many symptoms that point to the more significant problem of rebellion against God’s law. To learn more about the dangers of out-of-control government spending, request our free reprint article “The Biggest Threat to America’s National Security,” by Trumpet managing editor Joel Hilliker.