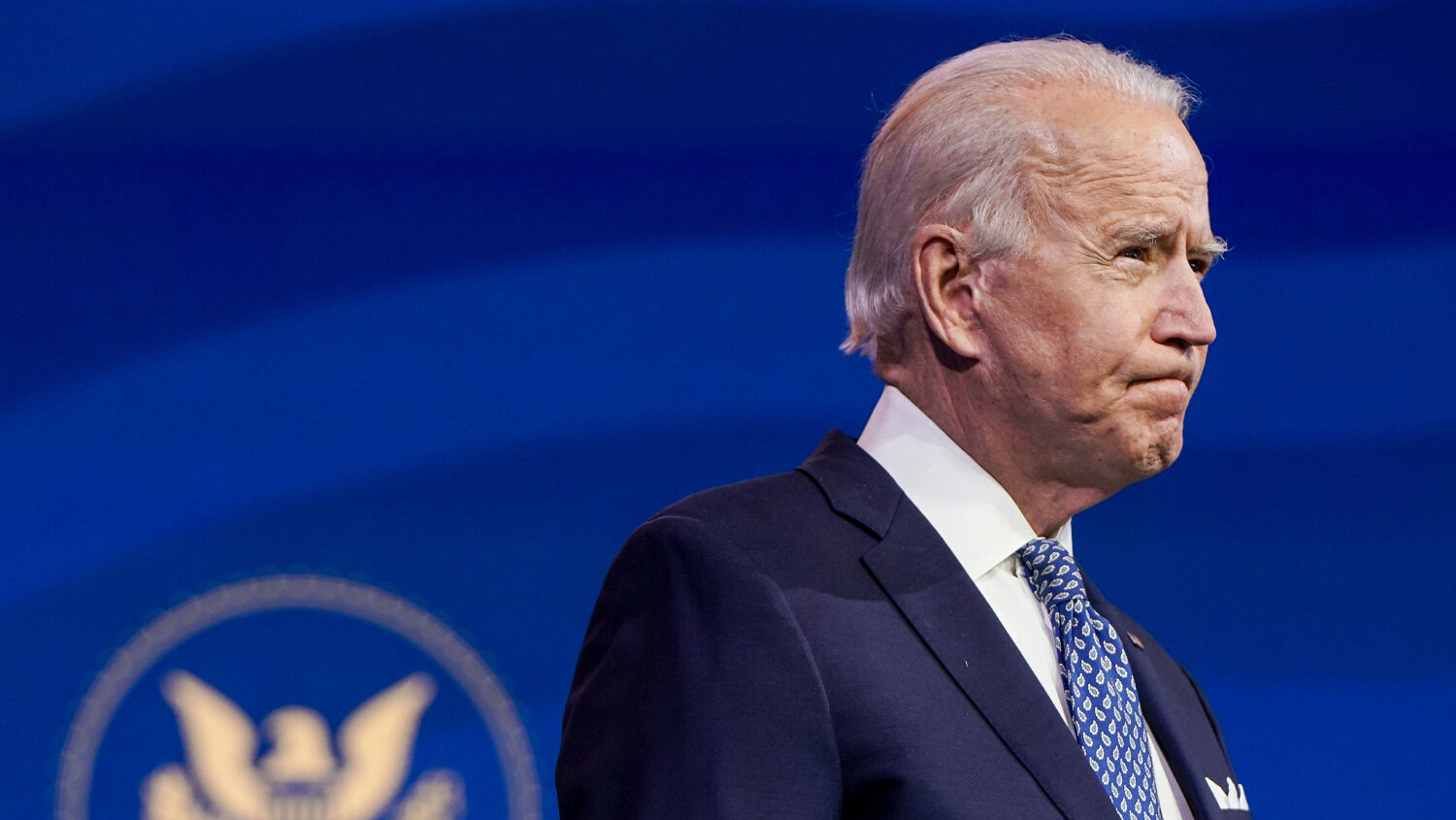 Radical leftists misconstrue the truth about ‘separation of church and state’ and America’s ‘first freedom.’

United States congressmen Jamie Raskin and Jared Huffman are urging Joe Biden and Kamala Harris to use federal power to remove God from America. On November 30, these Democrats presented a 28-page document to the Biden transition team on behalf of the Secular Democrats of America. This committee’s stated purpose is “to protect religious freedom and defend the constitutional separation of religion and government.”

Words like “protect,” “defend,” “freedom” and “constitutional” sound good. But is this action committee giving good recommendations—or even an accurate history of America?

The committee’s proposal, “Restoring Constitutional Secularism and Patriotic Pluralism in the White House,” recommends opposing what it calls the “Christian nationalist movement” by pressuring politicians to avoid terms like “God and country,” including secular representatives at interfaith gatherings, and promoting humanistic military chaplains (who teach that you can live a good life without God). They also recommend using the original national motto E Pluribus Unum, Latin for “Out of Many, One,” instead of the motto adopted in “the anti-atheist hysteria of the 1950s”: “In God We Trust.”

Raskin and Huffman conclude that “Christian nationalists” have mischaracterized the United States as being founded “as a ‘Christian nation’ based on biblical principles, rather than as a secular nation based in revolutionary democratic ideas.” They urge the Biden transition team to avoid the phrase “Judeo-Christian values,” as “it has been weaponized by the religious right to advance an agenda that has the veneer of inclusivity but actually undermines tens of millions of Americans implicitly excluded from its formulation.”

By issuing this report, the Secular Democrats of America hopes to attract more nonreligious voters. According to a 2019 Morning Consult poll of 1,994 registered voters, 35 percent of Republicans and 63 percent of Democrats believe Christian nationalism is a threat to the United States. (Notably, the poll did not define Christian nationalism, which does not necessarily equate to a belief in the Bible.)

It recommends that if the president, vice president and other politicians stop saying “Judeo-Christian values,” they will “defend the constitutional separation of religion and government.” But the phrase “separation of church and state” did not originate in the U.S. Constitution. It originated in a letter President Thomas Jefferson wrote in 1802. In it, he indeed guaranteed a constitutional “wall of separation” between church and state. Why? Because he was reassuring a group of concerned Christians in the Danbury Baptist Church that the federal government would not interfere with their private or public religious practice. The patriotic, constitutional “wall of separation” between church and state does not bar politicians from being religious in public; it bars the federal government from violating people’s free exercise of religion!

It is absurd to claim that the U.S. Constitution prohibits or discourages school prayer, public monuments of the Ten Commandments, mentions of the phrase “Judeo-Christian values,” or the motto “In God We Trust.” Its First Amendment states, “Congress shall make no law respecting an establishment of religion, or prohibiting the free exercise thereof.” This prohibits Congress from establishing an official religious denomination, like the Church of England. But secularists misapply this amendment to exclude any mention of God in government. It also prohibits Congress from interfering in a person practicing his or her religious faith. As Jefferson wrote in the Virginia Statute of Religious Freedom, an individual is not genuinely worshiping God if he is coerced by the government to do so, which is a biblical principle.

The Declaration of Independence mentions God, federal documents are signed “in the year of our Lord,” the framers of the Constitution openly prayed in Congress, both George Washington and John Adams said that no society could succeed without the indispensable supports of religion and morality, and the architects of the Supreme Court building included sculptures of Solomon and Moses. This was all rightly regarded as constitutional.

If Secular Democrats get the federal government to use its power to censor mentions of God and the Bible in public discourse, this will violate the First Amendment by making agnosticism America’s de facto state religion and by infringing on people’s right to worship in public.

As Phyllis Schlafly and George Neumayr wrote in their 2012 book No Higher Power: Obama’s War on Religious Freedom, “[T]he supposed ‘wall of separation’ contained in the Constitution is not between the government and religion but between the federal government and the peoples’ religious activities within individual states. The Founding Fathers’ fear of a federally mandated religious orthodoxy has not been achieved by any recognizable Christian denomination. But it has been achieved by an Obama administration that is intent on imposing a federal religion of secularism on the states and on the people.”

The push by the Secular Democrats of America to censor phrases like “In God We Trust” continues the Obama administration’s campaign to destroy America’s Judeo-Christian foundations—while claiming to preserve them.

Some so-called Christian nationalists hope President Donald Trump will be able to remain in office and stop this from happening. And Trumpet editor in chief Gerald Flurry explained in his article “Why Donald Trump Will Remain America’s President” that Bible prophecies in 2 Kings 14 and Amos 7 show that Mr. Trump will remain president for a few more years.

When God gives people freedom of religion, they have no excuse for turning away from His law. The decision to obey or disobey God is entirely up to them. Jefferson and the other Founding Fathers risked and gave their lives to establish that. Americans have misused, abused and forgotten that right and responsibility for generations. Still, God is using President Trump to temporarily restore the rule of law in America to give people a chance to repent. If they refuse, the Bible prophesies both in general and in specific, time-sensitive detail that they will lose their freedoms and much more.

Many religious people recognize that the radical left is attacking the Bible and Christianity. In response, they have turned to the Trump administration for help. “The Christians are being treated horribly because we have nobody to represent the Christians,” Mr. Trump said in a May 2015 interview with the Christian Broadcasting Network. “Believe me, if I run and I win, I will be the greatest representative of the Christians they’ve had in a long time.”

Amos 7 describes a specific time frame in which the U.S. is ruled by a type of the ancient Israelite king Jeroboam ii. A religious movement referred to as “sanctuaries of Israel” and “the king’s chapel” advises and supports this Jeroboam figure (verses 12-13).

In his article, Mr. Flurry identified President Trump as a modern-day type of King Jeroboam II. So far, President Trump has kept his campaign promises to protect religious liberty. But America’s Christians must be careful not to put their faith in a political figure rather than in the true God and in obedience to His law. King Jeroboam II rejected the warning message God gave him through the Prophet Amos and instead listened to a priest named Amaziah, who told him that he did not have to repent for God to continue blessing Israel. A short time later, the kingdom of Israel was devastated, destroyed, conquered and enslaved.

Jesus Christ warned that before His return to Earth, His followers would be persecuted for their beliefs. When His disciples asked Him for a sign of His Second Coming, He answered: “Take heed that no man deceive you. For many shall come in my name, saying, I am Christ; and shall deceive many. … Then shall they deliver you up to be afflicted, and shall kill you: and ye shall be hated of all nations for my name’s sake” (Matthew 24:4-5, 9).

Christ said His followers would be “hated of all nations.” He warned that they would be persecuted—not just by the radical left—but by those professing His name. The Prophet Amos wrote about this same period, a time when a leader of end-time Israel would expel from the nation those who declare God’s prophecies (Amos 7:10-13). Many would reject godlessness and embrace religion, but tragically it would be false religion!

This is not just a warning for an ancient nation that happens to have been preserved for 2,700 years. This is a prophecy of what is happening now in the nations that descended from ancient Israel! Amos’s prophecy shows that this persecution culminates in a “famine of the word.” This is a time when deliberate suppression blocks people from hearing the true teachings of Jesus Christ (Amos 8:11-12). These prophecies show that the current restoration of the rule of law in America is only temporary. Soon, the assault on religious freedom will return and intensify—not only in America but in every nation.

To learn the epic history and the immediate future of the true Church of God, request your free copy of Gerald Flurry’s book The True History of God’s True Church.