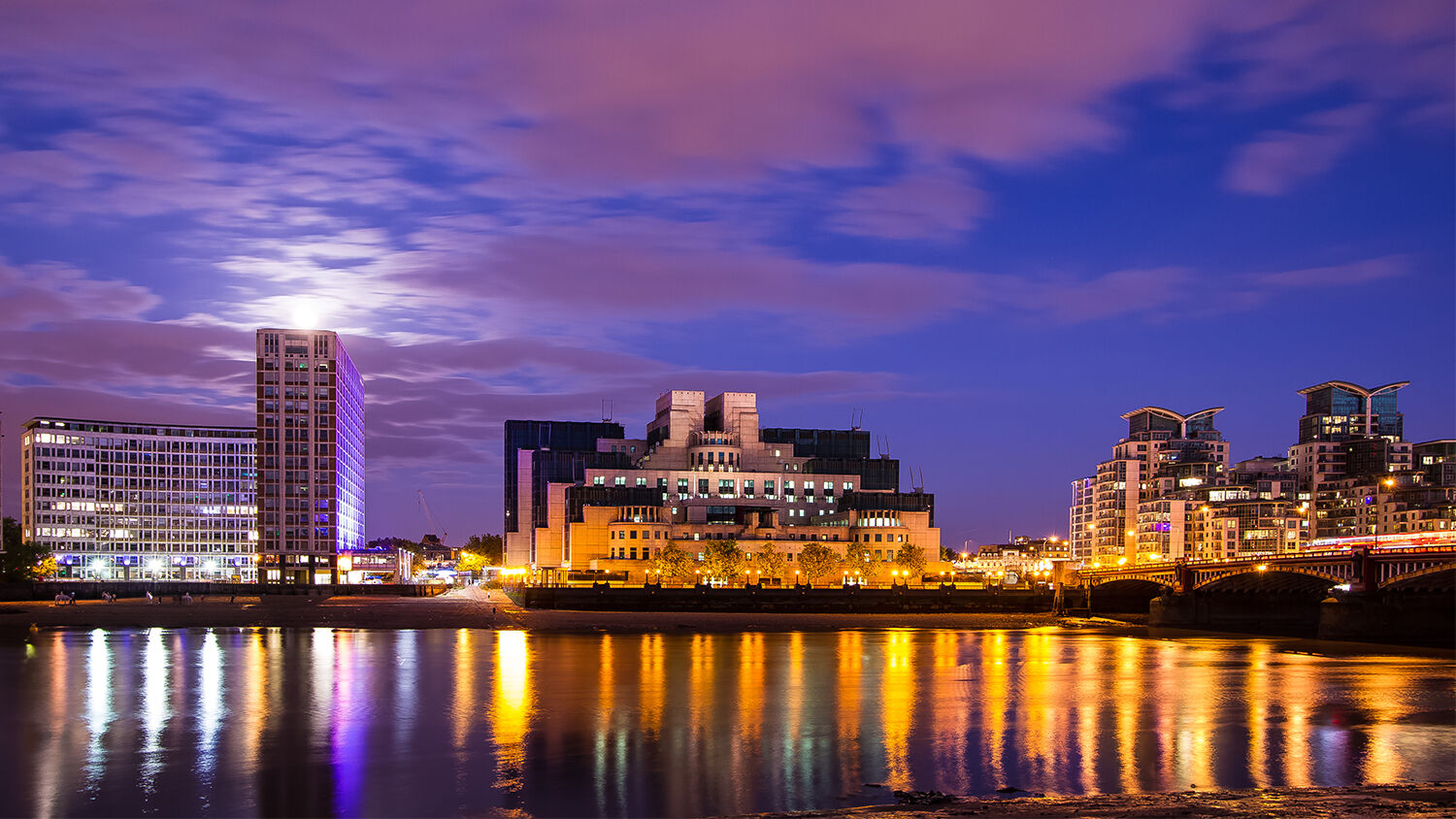 The MI6 building in London
iStock.com/AmArtPhotography

Unelected bureaucrats, civil servants and espionage agents think they know what is best for Britain.

“[W]e are going through a political nervous breakdown here in the UK,” he said. “We have potential prime ministers being elected by the Conservative Party now, [and] in the shape of the leader of the opposition, who do not have the standing that we have become used to in our top leadership. Now, whether people can develop that when they become prime minister, we will have to wait and see, in terms of the candidates for the Conservative leadership.”

These comments are veiled criticisms of Conservative Party prime minister candidate Boris Johnson and Labour Party prime minister candidate Jeremy Corbyn. The former spymaster’s comments come after a recent government leak alleging that MI6 withheld classified information from Mr. Johnson while he was foreign secretary because Prime Minister Theresa May worried about his ability to keep it confidential. Mr. Johnson has responded that it was “not true” that he had been kept in the dark, but Sir John brought up the issue anyway to cast doubt on Johnson’s credibility.

It should come as no surprise that Sir John opposes Johnson as a prime minister candidate. In the past, Sir John has argued that former Prime Minister David Cameron was “unwise” to hold a referendum on EU membership in the first place, and has called on voters to reverse this “strategic mistake” in a second referendum. The fact that Johnson wants to carry out the will of the British people and make sure Brexit happens has earned him the disdain of many UK bureaucrats—including spies.

But the fact that Sir John is using innuendo and unverified rumors to influence Parliament’s decision on who should be the next prime minister is concerning. In fact, it is reminiscent of the American “deep state’s” efforts to discredit President Donald Trump. Former Central Intelligence Agency director John Brennan is now paid by nbc News to accuse Mr. Trump of colluding with the Russian government to rig the 2016 election, even though a special counsel found no evidence of collusion.

In fact, MI6 was instrumental in the cia’s efforts to frame Donald Trump with the Russian collusion accusation in 2016. Hillary Clinton’s presidential campaign hired former MI6 agent Christopher Steele to create a dossier of unverified rumors about Mr. Trump that would cause him to lose the election. After that, the head of Britain’s Government Communications Headquarters, Robert Hannigan, met with Brennan to discuss alleged communications between the Trump campaign and the Russian government. Meanwhile, former MI6 head Richard Dearlove advised Steele to pass his dossier along to the United States Federal Bureau of Investigation.

Steele and Dearlove had already retired from MI6 when Mr. Trump launched his political career, and Hannigan resigned three days after Mr. Trump took the oath of office. Espionage agents of their stature must have known the information Steele was collecting was propaganda. Yet they still used it to try to undermine President Trump’s legitimacy.

Apparently, neither MI6 nor the cia wanted Donald Trump in office.

Like Boris Johnson, President Trump wants Britain to leave the European Union (a multinational project that was heavily funded by the cia during the 1950s, ’60s and ’70s). Yet a cabal of unelected bureaucrats, civil servants and intelligence agents on both sides of the Atlantic are trying to scuttle Brexit and undermine the administrations of duly elected leaders like President Trump and, potentially, Boris Johnson. This is an assault on both democracy and the rule of law.

New revelations keep coming to light about the role the cia and fbi played in an attempted coup d’état against President Trump. According to a piece published last year in the UK’s Daily Telegraph, MI6 tried to stop President Trump from declassifying information related to the “Russian collusion” investigation because it did not want the public to know about the role British spies played in compiling and disseminating the Clinton-Steele dossier.

So unelected bureaucrats and espionage agents tried to use propaganda to keep a man out of office before, during and after he was lawfully elected.

Trumpet editor in chief Gerald Flurry described the significance of this treasonous activity in his latest article, “Can President Trump Get Control of His Divided Government?” U.S. deep state officials failed in their attempt to subvert the presidential election, but British bureaucrats and former espionage agents are still trying to discredit pro-Brexit politicians and keep Britain from leaving the EU.

You need to understand why this is happening.

“The tide turned in a big way in 1987,” Mr. Flurry writes in his booklet America Under Attack. “Law started to get a lot weaker. And lawlessness started to get much, much stronger.”

There is a spirit of lawlessness at work in society today. The deep state continues to oppose President Trump, Boris Johnson and anyone who stands up for the rule of law.

The Prophet Isaiah wrote about the spiritual sickness that besets a nation that turns away from God. “Ah sinful nation, a people laden with iniquity, a seed of evildoers, children that are corrupters: they have forsaken the Lord, they have provoked the Holy One of Israel unto anger, they are gone away backward. Why should ye be stricken any more? ye will revolt more and more: the whole head is sick, and the whole heart faint” (Isaiah 1:4-5).

More and more people in America and Britain are realizing that the government is sick and the nation is faint, but too few are willing to consider what the Bible has to say about the root cause of this condition. God does not put the primary blame on political leaders the way many political commentators do. He puts the blame where it belongs, on the people. In the end, our problems are actually correction from God to help us see our sins and repent. All Americans must come to realize that only Jesus Christ can solve the serious problems in their government!

You need to understand what is behind this spirit. Request your free copy of America Under Attack to discover the vital unseen reason why these troubles are getting worse.