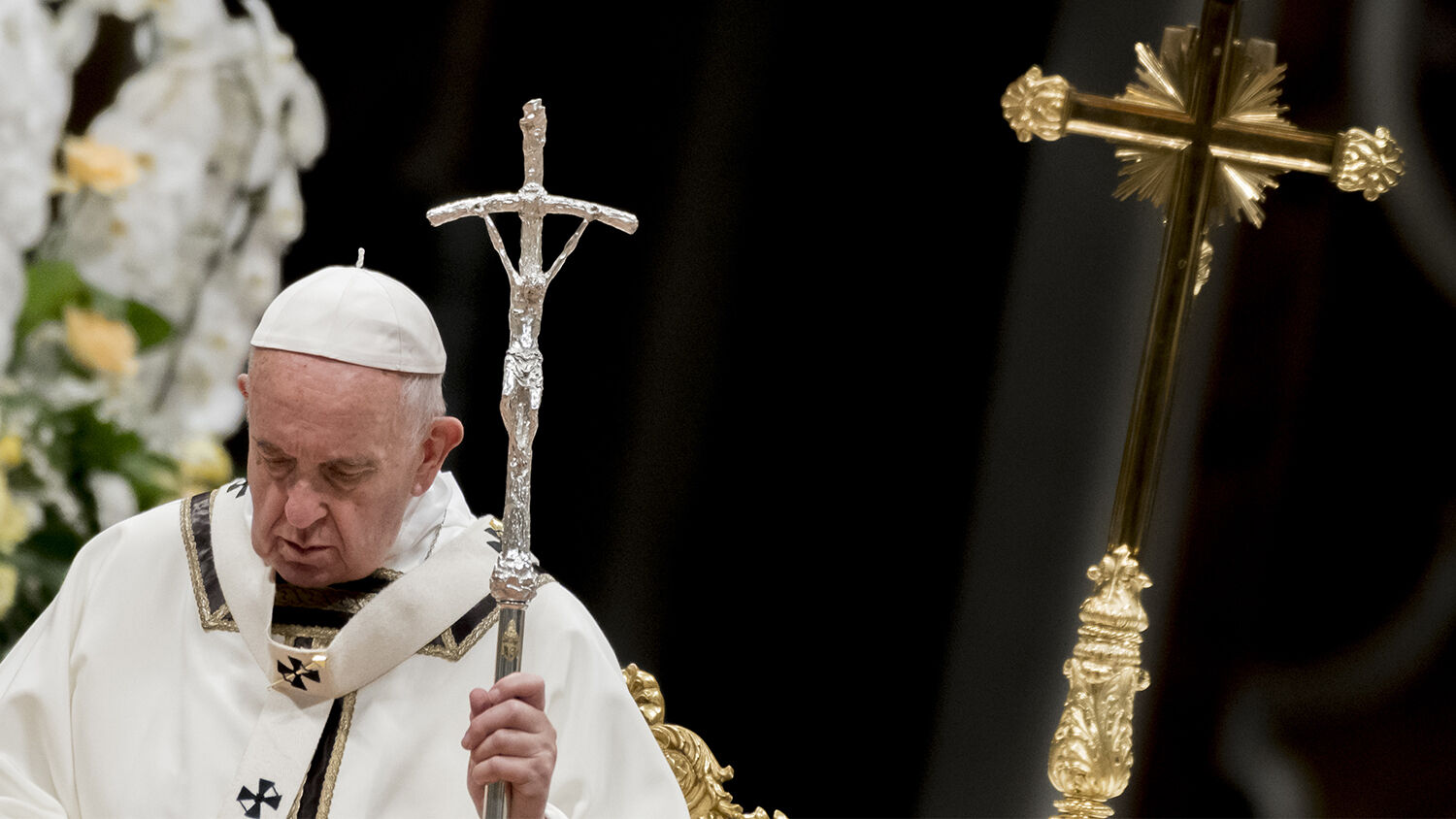 The fact that there are two living popes with different visions for the Catholic Church is creating a lot of confusion.

Pope Francis has infuriated Catholic traditionalists by kissing the feet of Muslims, permitting the divorced-and-remarried to take communion, and allowing open homosexuals into the priesthood if they say they are nonactive. Some conservative Catholics have started calling for Francis to resign after Archbishop Carlo Maria Viganò revealed last August that the pope had covered up for a homosexual cardinal who had sexually abused young boys. While liberal Catholics have mostly glossed over the cover-up, Pope Francis responded to the accusations against him by saying that those who spend their lives accusing the Catholic Church are “friends, cousins and relatives of the devil.”

Pope Emeritus Benedict xvi, who resigned as pope six years ago, has avoided commenting on Francis’s papacy. But he broke his silence on April 10 to bolster the conservative position and criticize the current state of the Catholic Church. In a 6,000-word published letter, he blamed the sex abuse committed by priests on “homosexual cliques” that had infected Catholic seminaries after the 1960s’ sexual revolution. The letter neglected to mention Benedict’s own history of allegedly covering for 19 homosexual bishops who sexually abused young boys. The letter does not attack Pope Francis directly, but by openly admitting that homosexuality in Catholic seminaries is a problem, it thwarts Francis’s tactic of sidestepping the issue. Catholic traditionalists have latched on to Benedict’s letter as proof that Francis is taking the Roman Catholic Church in a wrong direction. Catholic liberals have lambasted it as divisive and “embarrassingly wrong.”

So we have two living popes who don’t openly criticize one another, but who still have different visions for the Catholic Church. This is creating confusion and division. The Catholic Church may be facing its biggest crisis in centuries.

“What is happening is what many of us hoped would not happen,” said Massimo Faggioli, a professor of religious studies at Villanova University. “The idea of a double papacy is really, really disruptive.” Last year, Vanity Fair published an editorial titled “Pope vs. Pope: How Francis and Benedict’s Conflict Could Split the Church.”

Despite the division in the Roman Catholic world, the Trumpet forecasts that there will be no major debilitating schism in the Catholic Church. In fact, Catholicism will reabsorb Europe’s currently independent Protestant denominations, and its influence will unite the nations of Europe politically.

Starting in the 1930s, Herbert W. Armstrong, editor in chief of the Trumpet’s predecessor, the Plain Truth, forecast a coming union between Catholics and Protestants. “The pope will step in as the supreme unifying authority—the only one that can finally unite the differing nations of Europe,” he wrote in 1961. “The iron jurisdiction over both schools and religion will be turned over to the Roman Catholic Church. Europe will go Roman Catholic! Protestantism will be absorbed into the ‘mother’ church—and totally abolished” (Plain Truth, October 1961).

This forecast wasn’t just a good guess; it was based on Bible prophecy. The book of Revelation describes a political-religious empire that would rise and fall and rise again throughout the centuries. It specifies that at the end, a church will exert power over a political-military union of 10 nations, described in symbolic terminology as a “beast.”

“In the 17th chapter of Revelation we find a beast, and a woman—a great, wealthy but fallen woman—who was riding the beast,” Mr. Armstrong wrote in Who or What Is the Prophetic Beast? “The Bible describes the symbol ‘woman’ to mean a church (see 2 Corinthians 11:2; Revelation 19:7; Ephesians 5:22-27). On the other hand, ‘beast’ is a symbol of a kingdom, or empire. Let us be consistent. The beast of Revelation 13 is not the woman who rode the beast—the beast is the government, and the woman is a church.”

“The seventh head with its 10 horns, in the 17th chapter, will be, as the 17th chapter explains, the revival of the beast, the Roman Empire, ‘out of the bottomless pit’ by a ‘United States of Europe,’ or federation of 10 European nations centered within the bounds of the old Roman Empire (Revelation 17:12-18),” he wrote. “This is actually beginning today!”

A prophecy about the same subject in Isaiah 47 shows that the Catholic Church shall not “know the loss of children.” This means that the protesting churches that have left Catholicism will return to Catholic control. The Vatican is trying to distract people away from its internal divisions by launching a new evangelization drive.

In fact, a new constitution reshaping Vatican bureaucracy could be published as soon as June. According to reports, this constitution would create a new “super-dicastery” for evangelization to take precedence over all other congregations, including the Congregation for the Doctrine of the Faith. It is too early to know what effect this super-dicastery will have, but its purpose is to make all the Catholic Church’s other activities subordinate to evangelization—converting people to Catholicism. One way or another, the Isaiah 47 prophecy will be fulfilled.

Regardless of the exact policies that the Roman Catholic Church implements in the months ahead, it is important to recognize that the pope and the College of Cardinals are actively working to establish a new system of world government. They will be largely successful for a time—until God intervenes.

Now is the time to study what the Bible says about the religious system that will soon dominate the Western world one last time. Please request a free copy of Mr. Armstrong’s booklet Who or What Is the Prophetic Beast?