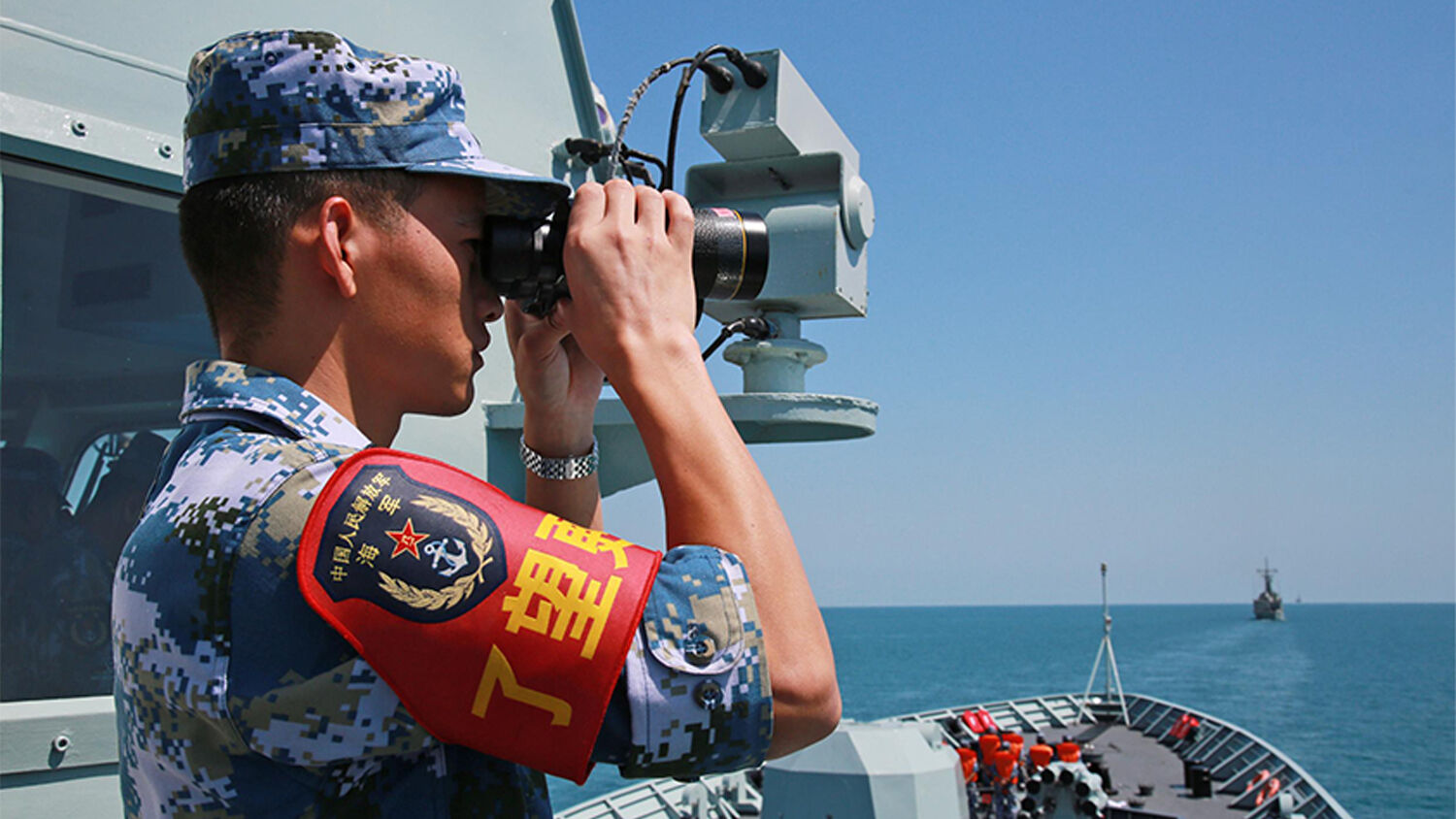 A Chinese marine takes part in a drill.
Getty Images

A historic first in America’s backyard

While the United States Senate remains paralyzed by political infighting, a Chinese warship has docked in Venezuela for the first time in history.

Venezuelan President Nicolás Maduro is desperately hoping that China will save his nation’s rapidly collapsing economy. After he visited China’s capital last month, Maduro allowed a Chinese naval ship to dock at the Venezuelan port of La Guaira for an eight-day visit. The Peace Ark arrived in Venezuela last Saturday.

China has been a major economic backer of Venezuela in the past but halted its flow of cash to Venezuela three years ago when the Latin American nations asked for a change of payment terms amid falling oil prices. Venezuela’s finance ministry is now trying to get financial aid from China’s Development Bank. Allowing Chinese naval officials to inspect Venezuelan military and medical facilities will bolster ties between the two nations and possibly make it more likely that China will give aid to Venezuela.

The Peace Ark is a People’s Liberation Army medical ship that has been visiting nations across the Caribbean in a quest to bolster economic, political and even military ties in the region. While such a diplomatic outreach mission may seem like a small beginning, those who read and believe the Bible should know that China’s economic and military presence in the developing world is prophesied to grow very strong.

Dozens of biblical verses promise blessings to Israel for obedience to God’s law and warn of curses for disobedience. Plain Truth editor in chief Herbert W. Armstrong explained in his book The United States and Britain in Prophecy (free upon request) that these verses apply primarily to the end-time descendants of the ancient nation of Israel, specifically including the U.S. and Britain.

A prophecy in Isaiah 23 says that Israel will be besieged by a great trade alliance comprised of Assyria, Chaldea, Chittim and other nations. The peoples of Assyria and Chaldea settled in continental Europe; Chittim is an ancient name for China. This prophecy is about Europe and China economically besetting the United States. No foreign power can besiege the U.S. without economic and military superiority in Latin America, which makes China’s moves in Venezuela significant.

If China can leverage Venezuela’s economic distress to get the Venezuelan government to let Chinese warships use the port of La Guaira, then China will have great influence over the trade routes on America’s southern border. The prophecy in Isaiah 23 is marching to fulfillment. But there is great hope in this. The time of trouble that will commence when America is besieged economically will end when Jesus Christ returns to this Earth to rule as King of kings!

For more information about China’s aggressive attempt to take over trade routes and where it is leading, read “China Is Steering the World Toward War,” by Trumpet editor in chief Gerald Flurry.