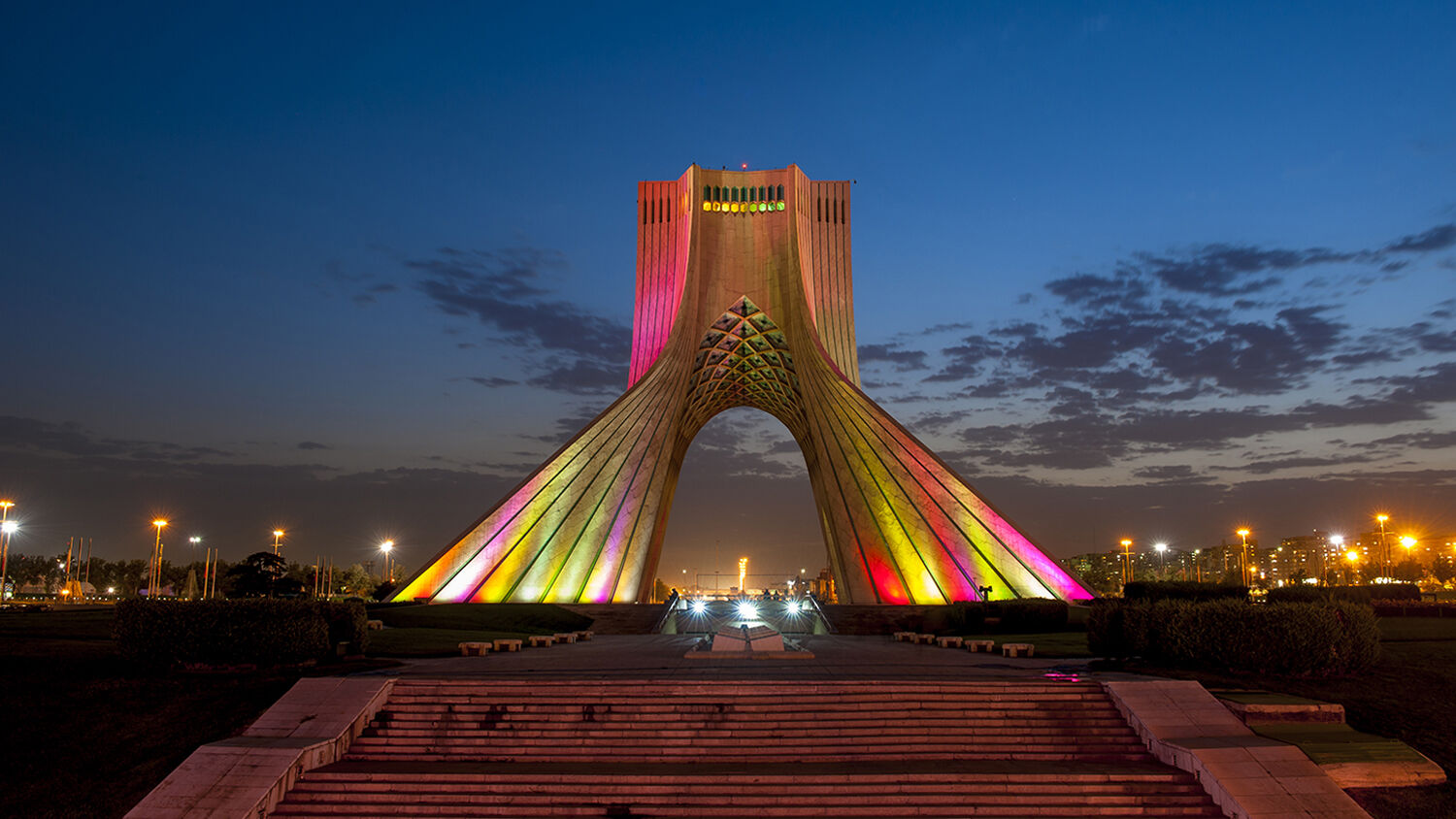 Warming ties between Israel and the Gulf states expose Iran and Turkey vying for control of the Islamic world. The Bible reveals who will win.

In 2011, it was the Arab Spring that spread like fire from west to east across North Africa with the Arab street rising up to take down longtime autocratic rulers and attempt to replace them with mob rule.

In 2020, it’s a more hopeful change: the State of Israel moving from pariah status to partner with Arab states.

Two weeks ago, the United Arab Emirates, the powerful Gulf monarchy led by the reformist Crown Prince Sheikh Mohammed bin Zayed, decided to normalize ties with Israel without demanding any significant concessions of the Jewish state.

And today, for the first time in history, Sudan allowed a jet to land in Khartoum, flying directly from Ben Gurion Airport in Tel Aviv. Aboard the plane was United States Secretary of State Mike Pompeo, bringing with him glad tidings from the Jewish state as he looks to mediate another peace deal between the nations on behalf of President Donald Trump.

Happy to announce that we are on the FIRST official NONSTOP flight from Israel to Sudan! pic.twitter.com/eOXNsBAozC

From Sudan, Pompeo is to fly to Bahrain, the U.A.E. and potentially other Gulf states to encourage others to make pacts with Israel.

The fact that an American secretary of state is traveling through the Middle East promoting a policy of Israeli reconciliation is not hugely surprising in itself.

What is surprising is the ease at which the Arab states are open to the possibility.

In the October 2020 issue of the Philadelphia Trumpet magazine, we show the Bible’s prophecies of such peace deals with Arab states, and that the end result will be a double cross of the Jewish state.

As we addressed, the U.A.E.-Israel deal shows how the Middle East is becoming increasingly polarized. On one side is the Islamic regime of Iran and its proxies. On the other side are the Gulf states, Jordan, Egypt, Israel and other nations threatened by Iran’s hegemonic ambitions.

By brokering the deal, President Trump is hoping that if the Arab states band together with Israel, there will be enough collective deterrence to keep the Islamic regime at bay—and extricate the United States from the Middle East once and for all.

Naturally, Iran condemned the deal. Iranian Parliamentary Speaker Mohammed Baqer Qalibaf said at a session of lawmakers, “The agreement between the dynasty, ruling the U.A.E., and the Zionist regime is a clear betrayal of human values, the Islamic teachings, the Islamic Ummah and the Palestinian cause.”

The only other Middle East nation to speak against the deal was Turkey. In Istanbul, Turkish President Recep Tayyip Erdoğan told reporters: “The move against Palestine is not a step that can be stomached,” threatening to remove his ambassador from the U.A.E.

It’s understandable that Iran would be upset. But why Turkey? And why are the Gulf states not only worried about Iran but also Turkey.

The truth is that both Iran and Turkey are vying for leadership over the Islamic world. They both consider what the U.A.E. did as a betrayal of Islam. They both hold to the view that the entire Muslim world, the Ummah, should be united under one leader. Erdoğan, a follower of Sunni Islam, believes it should be him; Ayatollah Ali Khamenei, the Shiite supreme leader of Iran, believes he is the best fit.

The Bible reveals which one will be supreme.

Stopping Turkey and the Muslim Brotherhood

For the past two decades, Turkish strongman Erdoğan has stripped the nation of its secular status, choosing the path of Islamic rule. In 2016, Turkey experienced an attempted coup to remove Erdoğan from power. After the coup failed, Erdoğan gutted the military, long the bastion of secular Turkey, of all dissenters to his rule. Since that time, he has continued to consolidate his rule, squash democracy, and espouse a return to the Islamic faith. The latest sign of Turkey’s tilt toward theocracy came as recently as last month when Erdoğan turned the Hagia Sophia from a museum into a mosque.

It’s not just Erdoğan’s turning Turkey into an Islamic state that worries the Gulf states. It is the fact that he is now trying to expand Turkey’s influence throughout the region through troop deployments. Turkey has ongoing military campaigns in Libya, Syria and Iraq. It is busy expanding its territorial holdings in the eastern Mediterranean. Last week, there were reports that Turkey had sent arms to Sunni militias in Lebanon.

Critically, Turkey is also now the home base for the Muslim Brotherhood, a broad network of Sunni groups that seek to restore Islamic rule to the Middle East and beyond. While Iran has its highly visible proxies across the Middle East—such as Hezbollah, the Houthis and Shiite militias in Iraq—the Muslim Brotherhood generally keeps a lower profile, using soft power and infiltration into the hearts and minds of the people to effect change. This network of Islamist forces is equally concerning to the Arab states because they are embedded within each nation.

According to Western diplomats who spoke to the New York Times, the U.A.E. Crown Prince Mohammed bin Zayed is obsessed with two enemies: Iran and the Muslim Brotherhood.

“What is more alarming from the U.A.E. point of view is Turkish backing for Islamist forces, particularly those affiliated with the Muslim brotherhood,” wrote Central Asia and foreign-policy specialist Kamran Bokhari on August 19. “Muslim Brotherhood-style Islamists are the only organized group that has come close to forming governments in the aftermath of the Arab Spring, which U.A.E., Saudi Arabia and Egypt have struggled to contain.”

In the days following the deal with Israel, it was revealed that the United States was considering selling the F-35 fighter jet to the U.A.E. The stealth fighter is the most sophisticated in the U.S. fleet; it had only recently sold some to Israel. More importantly, Trump refused to sell the fighter jet to Turkey earlier this year after a dispute. Having a number of F-35s would not only provide the U.A.E. with more assets to counter Iran, but also to contain Turkey.

And containing Turkey, according to the U.A.E., means countering the power Turkey has over the Muslim Brotherhood.

Put together, we see that the U.A.E. deal with Israel and its aftermath have exposed the Middle East as becoming an increasingly bipolar region, with the moderate Arab states on one side and the Islamist governments of Turkey and Iran on the other.

This view, however, is incredibly simplistic.

In reality, this bipolar world has, on one side, leaders of Arab states such as bin Zayed who recognize the dangers of the spread of political Islam espoused by Turkey and Iran. And on the other side is Iran, Turkey and the majority of people in the Middle East who do not want peace with Israel.

For decades, the Muslim populations of these nations have been told that the Jewish state is an enemy and at the root of Middle East problems. While it varies from state to state, anti-Israel sentiment is firmly established in Arab media, education and culture, including those nations now ready to link arms with Israel.

In fact, many Arabs inside these states now at peace with Israel would read in the Koran that unity among the Islamic nations should be preserved above peace with unbelievers. “And hold fast all together, by the rope which Allah stretches out for you, and be not divided among yourselves” (3:103); “Those who are with him are strong against unbelievers, compassionate amongst each other” (48:29); and “Take not my enemies and yours as friends or protectors” (60:8).

Arab leaders like bin Zayed may be able to make the switch to ally with Israel over security considerations. But their Arab populations, steeped in the education of Islam aren’t so malleable.

The struggle will be for Arab leaders to push a security partnership with Israel while suppressing Islamist leanings of their own populations. Leaders like bin Zayed are aware of this which is why he has long argued that the Arab world is not ready for democracy. Islamists would win any elections. He once told American diplomats that 80 percent of the soldiers in his forces would answer the call of “some holy man in Mecca.”

This is also why when Egypt, the largest Arab state, had its first free election in 2011, the Muslim Brotherhood candidate was elected in an overwhelming victory.

As Israel’s ties with the moderate Arab states’ leadership continue to improve, watch the anger of Arab populations grow. We can expect both Iran and the Muslim Brotherhood to work to capitalize on that unrest inside the Arab states.

Eventually, the Bible reveals, that they will combine into one united Islamic nation that will push the world toward war.

However, as Trumpet editor Gerald Flurry proves in his booklet The King of the South, Iran, not Turkey, will be the single leader of radical Islam.

Fundamental to this understanding is a passage of Scripture found in Daniel 11:40-43, which shows that there is one “king of the south.” Verse 43 shows that this king will be allied with both Egypt and Libya, countries that already have strong ties with the Muslim Brotherhood.

We can expect the Muslim Brotherhood to return to power in Egypt, and as it does, prophecy indicates it will look to Iran for leadership, not to Turkey. This means there will soon be a fundamental change in Turkey’s politics that will cast Iran as the sole leader of political Islam.

Israel’s deals with the leaders of the Arab world may bring some temporary stability to the Middle East, but it will also alienate Arab leaders from their populations more and more. In some countries, that alienation will turn to outright rebellion.

Change is coming to the Middle East, and only biblical prophecy can provide the answers to where events will eventually lead. Historically, events in the Middle East have always impacted the rest of the world. And the Bible says that will be the case in this end time too. If you haven’t yet, please read Gerald Flurry’s free booklet The King of the South to guide you in your understanding.