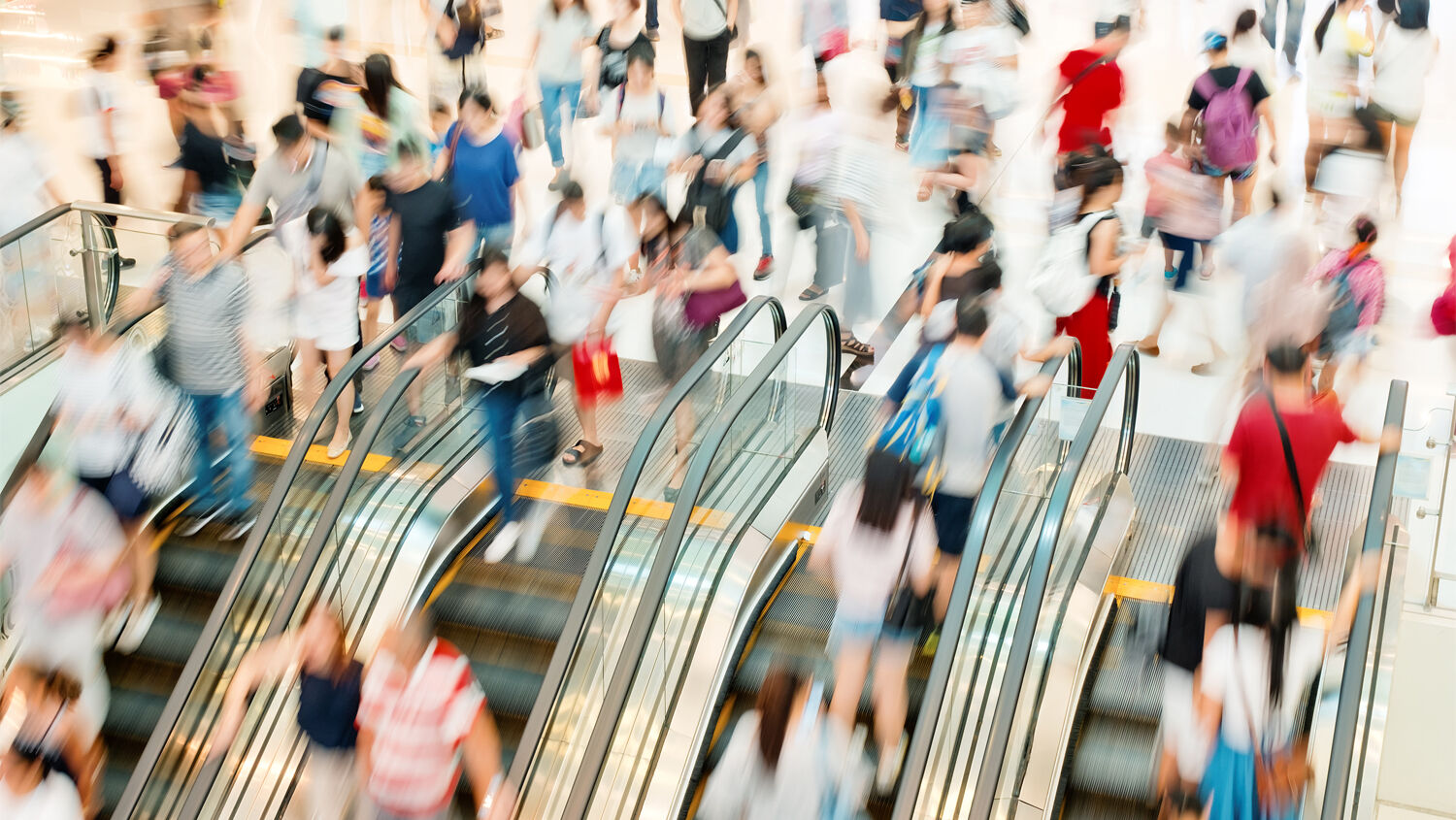 Video recently emerged of a black man behaving erratically and threateningly on a crowded New York City subway. When he seated himself next to two women, they got up and moved away, but the man forcibly grabbed one of them and sat her back down. The woman, with eyes closed and terror on her face, repeatedly mouthed, “Help me.” Nobody flinched. They watched (and filmed) as this man, probably no more than 150 pounds, then shouted at her, grabbed her by the hair and shoved her.

“What does it say about society that not a single man stepped in to help—they allowed it to happen?” Rita Panahi of Sky News Australia asked. That is a terrific question.

The answer is that society is suffering from a dangerous dearth of men willing to stand up as protectors.

Panahi rightly called this “another sign that our civilization is in serious decline.”

A much graver incident was the mass murder in Uvalde, Texas. The scene is sickening beyond imagination: A deranged 18-year-old shooting up an elementary school classroom full of 9- and 10-year-olds, while 19 armed police officers stand outside the room waiting for tactical gear and room keys.

Many people are justifiably outraged that these officers didn’t act quicker to protect these children. Inside the room, one child reportedly placed several 911 calls over a period of 40 minutes. The commander on the scene held the officers back because, in Texas Department of Public Safety Col. Steven McCraw’s words, he believed the situation had “transitioned from an active shooter to a barricaded subject.” In other words, he assumed all the children were dead.

Society still shames cowardice and expects men to stand and defend those helpless to defend themselves. I find this extraordinary, considering how hard society has worked to destroy the man’s role, how it has decried “toxic masculinity” and trashed his duty as protector and defender.

Naturally people are self-absorbed. Men must be taught to look after the weak and helpless, to sacrifice for others. We must be trained to fulfill our role as protectors of women and children, providers and leaders. Society does not teach this. The more “enlightened” actually condemn that mindset as patronizing and patriarchal. They insist that women can fend for themselves.

The results provide a powerful example of how dangerous it is when we throw out tradition and reshape society based on our own ideas—ideas like sex roles don’t matter and, more perversely, that gender is fluid. As we embrace error, we can expect more and more of these tragic events. When we emasculate our protectors, we make ourselves vulnerable to terrible evils.

But it’s not just tradition we are throwing out: It is God’s design. A man’s duty to protect is God-given.

In giving men greater physical, mental and emotional toughness, God intends us to build a sense of unselfish responsibility to protect, provide for and defend women. The Apostle Paul wrote, “I have shewed you all things, how that so labouring ye ought to support the weak …” (Acts 20:35). He also wrote, “We then that are strong ought to bear the infirmities of the weak, and not to please ourselves” (Romans 15:1). God wants men to use their strength to support, care for and protect those who are weaker. This benefits society and helps a man conquer his own selfishness.

In Isaiah 1:23, God condemns our selfish society and men who neglect the needs of widows and the fatherless—women without husbands and children without fathers. He says providing a masculine presence and relieving their affliction is pure religion (verse 17; James 1:27).

These ideals are ridiculed in modern society. What a terrible price we are paying for dismantling that masculine role.

People are outraged at the police’s cowardice in Uvalde, and it is outrageous. But this is not merely the moral failure of a couple dozen officers. It is the inevitable result of society ignoring and attacking God’s law, and even God’s natural design, and promoting folly and lawlessness.

There is also a direct line of causation with society undermining and weakening law enforcement. We continually accuse police of racism, excessive force and other evils. How then can we be shocked that they hesitate to act in a situation requiring courage and conviction, not to mention force and violence? How can we keep attacking the police and not expect such tragedies to increase?

How can we keep blasting the role of men in society and then be aghast when men do not step up? These are the consequences of our aggressively whacking away at the pillars that have propped up civilization for generations.

In Isaiah 3:1-3, God says that as a curse on our rebellious society, He has removed the strong, capable, courageous, masculine leaders, pillars of a strong society. When the mighty man, the man of war, the captain of 50—those who will charge out and confront threats—are removed, a nation is cursed and vulnerable.

Another national curse is spelled out in Leviticus 26:19, where God says that if we rebel against Him, “I will break the pride of your power.” God has broken the pride of our power, and our nation has turned into cowards. We cower at the sight of one skinny man harassing a woman on a subway. And when such evil isn’t confronted, it is certain to spread and grow more and more oppressive to more and more people. That truly is a curse.

It is crucial that we men embrace our God-given duty as protectors, and that we teach our sons to do the same. Our book Biblical Manhood will educate you about that duty. It provides detailed, practical direction on how to fulfill seven God-given roles for men, including protector. It shows how a man can build this godly mindset and come to think more like God, who Himself is a Defender of the weak, a Protector of the helpless.