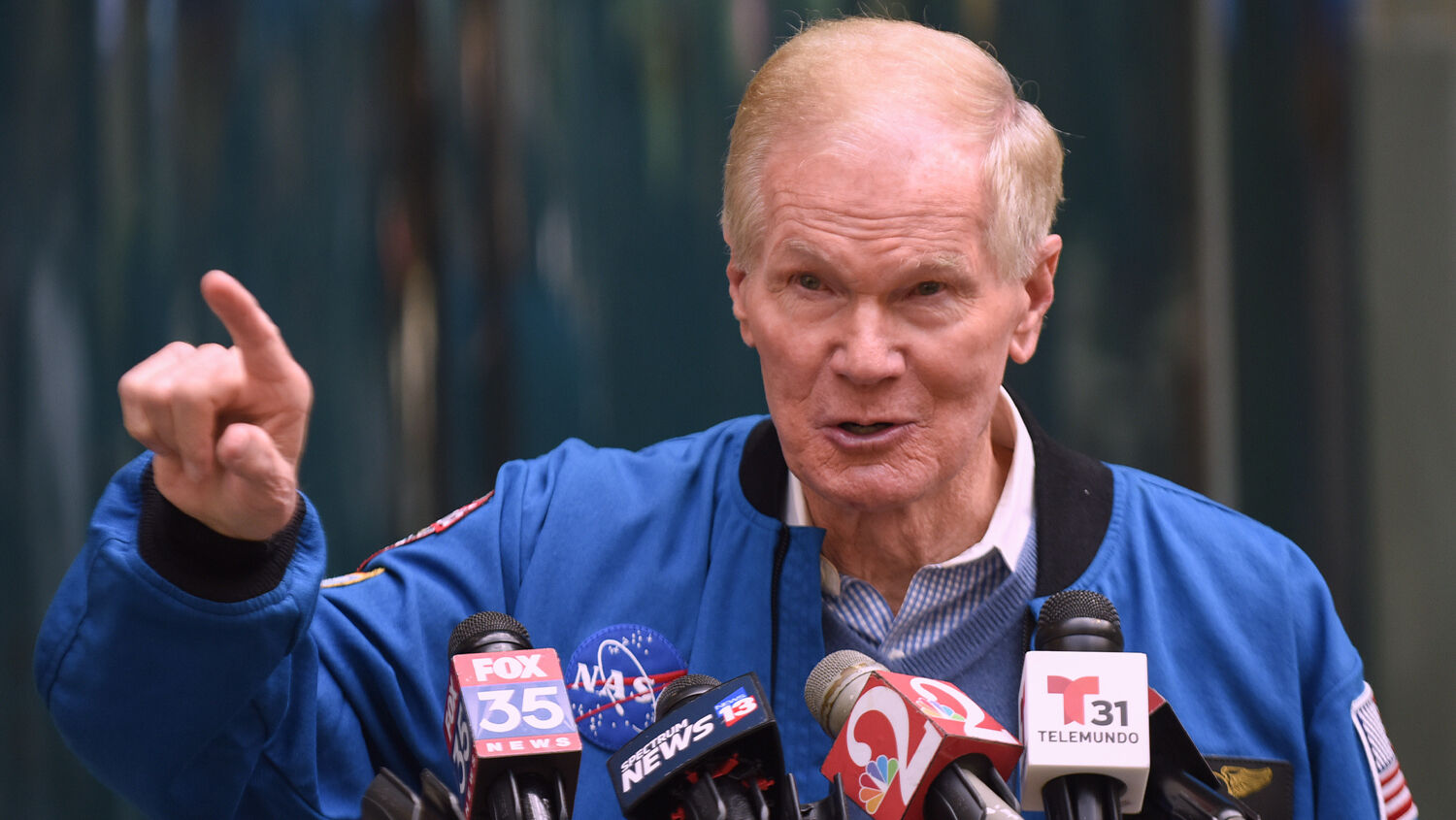 The James Webb Space Telescope is now over 360,000 miles from Earth. For the past 4½ days, it has been moving at nearly a mile per second. It has begun unfolding into its final form, and will continue traveling for the next 26 days until it reaches the empyreal home from which it will study the furthest reaches of space.

After the flawless launch on Saturday, nasa administrator Bill Nelson said, “Now we have to realize there are still innumerable things that have to work, and they have to work perfectly—344 of them. But we know that in great reward there is great risk. And that’s what this business is all about. And that’s why we dare to explore. The James Webb Space Telescope is very much a part of that exploration.”

This extraordinary project continues a quest as old as humanity itself: peering into the heavens and searching for answers.

Mr. Nelson mentioned a time, millenniums ago, when “a shepherd grazing his sheep would look up at the night sky. He became a poet. And he penned the words, The heavens declare the glory of God; the firmament shows his handiwork. That shepherd, that poet, became king. And those immortal words in Psalm 19 encapsulate the expressions that we have today—the handiwork of God—as we peer back in time, over 13 billion years ago, [and] capture the light from the very beginning of the creation.”

nasa’s highest-ranked official recognizes the Creator behind the universe. Anyone studying the heavens should likewise be able to recognize His handiwork.

Psalm 19 has inspired astronomers and other scientists for centuries. Most of the men who built what we consider modern science were very religious: They studied their Bibles and believed in God. It wasn’t until the 19th century that scientists began a desperate search for entirely materialistic explanations for the world around them. Before that, most scientists viewed the Bible and the creation as two compatible means by which God speaks to mankind. Many astronomers still believe in a Creator.

Verse 2 of Psalm 19 says, “Day unto day uttereth speech, and night unto night sheweth knowledge.” The word utters means pours forth, or prophesies. The universe is constantly pouring forth prophecy. What is it saying? What is its prophecy?

Verses 3-4 show how everything in the universe follows God’s rule and direction. All that cosmic material, no matter how distant, operates according to precise physical laws established by the great Lawgiver. That is why light from the past can even reach our telescopes. That is why the universe declares God’s glory!

When the Apostle Paul quoted that shepherd in his letter to the Romans, he wrote that the sound of the heavens went into all the Earth. He was likening the harmony in the heavens to a musical sound. The Creator creates harmony. Everything works together like an orchestra playing in delightful accord, and God is conducting the orchestra.

Consider our sun, which is, in a word, power. It produces a trillion megaton nuclear bombs’ worth of energy every second, yet follows its God-ordained paths, and in its exquisite, finely tuned position, it supplies just the right amount of warmth and energy for us Earth-dwellers. We can thank God that nothing is “hid from [its] heat” (verses 4-6).

David tells us explicitly what produces all that harmony in the universe: “The law of the Lord is perfect, converting the soul …” (verse 7). Can you recognize the connection between those astral bodies and the law of God?

Everything God does, He does according to law. Thank God for that! Gravity prevents you from drifting off into space. Earth’s rotation gives us balanced, consistent days of 24 hours. The sun continues burning at a trillion megaton nuclear bombs per second, warming your skin to just the right amount. All these function by physical laws that govern and order the entire material universe. Those laws came from somewhere! There is a great Lawgiver.

“The greatest scientists have been struck by how strange this is,” Dinesh D’Souza wrote. “There is no logical necessity for a universe that obeys rules, let alone one that abides by the rules of mathematics. This astonishment springs from the recognition that the universe doesn’t have to behave this way. It is easy to imagine a universe in which conditions change unpredictably from instant to instant, or even a universe in which things pop in and out of existence.”

Richard Feynman, a Nobel Prize winner for quantum electrodynamics, said: “The fact that there are rules at all is a kind of miracle.”

The universe is perfectly submitted to God’s law. That is why the heavens declare God’s glory. What a powerful message the heavens are prophesying!

Look at the stars. Soak in images from the Hubble Space Telescope (and hopefully by June, new images from James Webb). Look up at the night sky. Learn the marvelous lesson those distant physical bodies are prophesying.

If you want to declare God’s glory, let God rule and direct you. Follow His spiritual laws, just as the galaxies, stars, planets and moons follow His physical laws.

“The statutes of the Lord are right, rejoicing the heart: the commandment of the Lord is pure, enlightening the eyes” (verse 8). This is a prophecy about what God’s law will do in your life. The same Lawgiver has given human beings inexorable, perfect, beautiful laws. Apply them in your marriage, your family, your job, your relationships, and it will rejoice your heart!

This is all prophecy! It shows what will happen all over the Earth when Jesus Christ returns and reestablishes the government of the Creator. People will learn the law, the cause of healthful, happy, beautiful outcomes. And they will rejoice!

Is your life following God’s majestic laws? Is it making beautiful music for God? Is it declaring God’s glory? Is your life a prophecy of what this whole world will be like shortly?

Synchronize your mind and thoughts and actions with the Creator and Conductor of the harmony of the universe, just like the sun does as it spreads its wonderful light and warmth all over the Earth in perfect harmony with the laws of God. Get in harmony with God and your fellow man according to His rule and direction. And your life too can declare God’s glory.