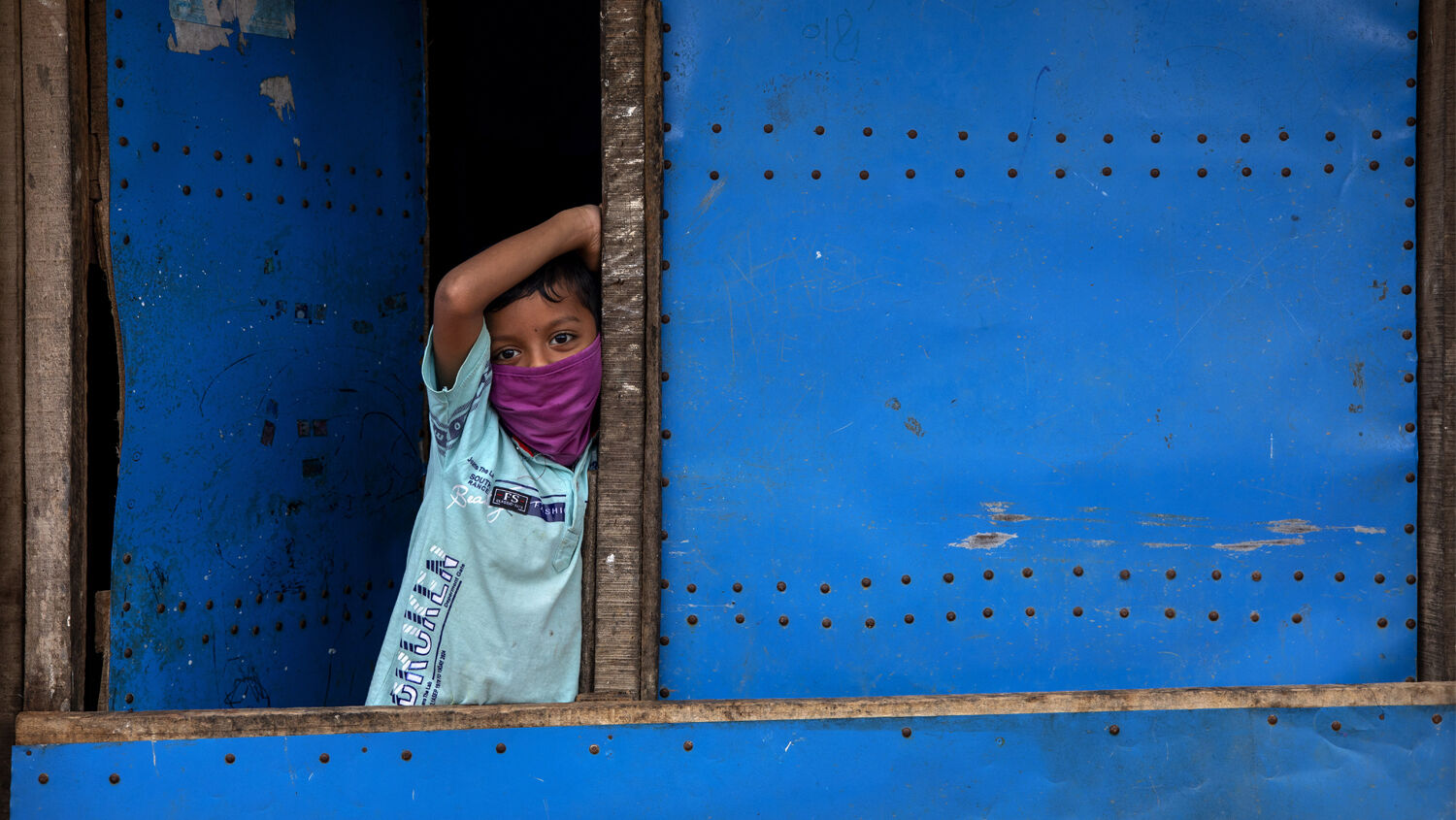 Just how bad is racism and police brutality in ‘the land of the free’?

A shipment of $800,000 worth of hair was recently seized in the Port of New York. I’d like to show you why, in a minute.

I want to give you some perspective on the race problems that are hitting America so hard. We’ll look at some examples of racism, police brutality, and even genocide that help us to see just how serious this problem can be.

As we do, think about why you hear so much about “genocide” in the United States and so little about genocide in these places.

In the predominantly Buddhist country of Myanmar, a mostly Muslim minority group called the Rohingya is unwelcome. The government denies them citizenship, restricts their freedom of movement, and refuses them state education. It didn’t even count them in the country’s last census—it considers them illegal immigrants.

What are these people to do against such repression? Some came to believe the time for talk and peaceful protest was over—action was needed. In August 2017, militants calling themselves the Arakan Rohingya Salvation Army attacked police posts and killed 12 officers.

Perhaps many Americans would say this act was justified, even praiseworthy.

Now, mark well the government’s response to this violent incident. We hear a lot about how “authoritarian” the U.S. government has been in controlling Antifa and Black Lives Matter protests and riots. Here is what the government of Myanmar did:

“Myanmar’s security forces responded starting August 25 [2017] with a scorched-earth campaign against the Rohingya population …,” the Washington Post reported. “Thousands of civilians were killed, their villages burned to the ground, and some 750,000 people fled for their lives to Bangladesh. The violence included massacres. On September 2, 10 Rohingya men from the village of Inn Din were roped together and killed. At least two had been hacked to death by Buddhist villagers, and the rest were shot by Myanmar’s security forces, according to Reuters, which interviewed witnesses to the massacre and exposed it. Later, the Myanmar authorities cleared away the Rohingya homes and paved over the Rohingya villages to create new government barracks.”

Villages across northern Rakhine state, home to more than a million Rohingya at the time, were razed. The government denies doing that; it says the Rohingya burned down their own homes, if you want to believe that.

Today about a million of these people live in refugee camps. Half of them are children. In January the International Court of Justice ruled that Myanmar must protect these people, and it wants to investigate whether a genocide took place. Myanmar’s government rejected the ruling and will not comply.

This is police brutality: villages burned, people massacred, thousands killed, a million refugees. The Post wrote: “It is time to call the Rohingya destruction what it is: a crime against humanity, and genocide.” It seems a good case could be made for that indictment.

Meanwhile in the U.S., police have somewhere between 50 million and 200 million interactions with citizens every year. Of these, about 1,000 involve deadly shootings. Last year, 28 unarmed black Americans were killed by police—out of 44 million black Americans. Less than 1 in 1.5 million. And virtually all of whom, though “unarmed,” were committing crimes or posing a deadly threat.

Yet people are calling this a “genocide.”

No one is arguing that America’s police don’t make mistakes, or that there aren’t some bad police. But think of the Rohingya for perspective. These people would willingly embrace the supposed police brutality suffered by minorities in America over what they have experienced as a minority in Myanmar.

In northern Iraq lives a religious minority called the Yazidis. They share some practices with Christians, others with Muslims—and some say they are one of the most violently persecuted minorities in the world.

In 2014, the Islamist extremist group Islamic State captured the Iraqi city of Mosul and targeted the Yazidis for extermination. “The men, and those women deemed too old to be auctioned off as concubines, were murdered,” Tom Holland and Gareth Browne recently wrote in the Spectator. “Girls were enslaved, sold, raped. Boys were abducted to be brainwashed and turned into killers for [the Islamic State]. Here is the closest comparison that the current carnage in the Middle East offers to the Nazi persecution of the Jews. If parallels with the Second World War must be drawn, then it is the Yazidis, of all the miserable peoples of Iraq and Syria, who have suffered the most terrible holocaust.”

At the time, journalists would not enter the area to report the atrocities because the terrorists were beheading journalists. The full horror of what happened only came to light after the Islamic State was defeated, much of it quite recently. Holland and Browne describe some of the details that have emerged: “Yazidis shot and thrown like refuse into pits; men and boys beheaded in front of their families; girls as young as 8 subjected to gang rape; beatings; forced conversions; torture; slavery. In a camp I visited, a woman who had been raped for an entire year, then shot in the head when her owner grew tired of her, then finally sold back to her husband, lay curled in a fetal ball in a makeshift tent, rocking and moaning to herself.”

The violence sparked a mass migration of Yazidis to camps in the nearby Kurdish region. Though some years have passed since the Islamic State was pushed back, many of these families have never returned because of the trauma they suffered there.

One emergency room doctor from Doctors Without Borders said, “Everyone here has lost at least one family member or friend, and all over the Sinjar region there is an overwhelming sense of hopelessness and loss. [T]he extent of loss in this community is incomprehensible and compounded by the trauma of extreme violence, humiliation, mass displacement, poverty and neglect.”

The United Nations has labeled what happened to the Yazidis a genocide.

This is what the word genocide means. For a blm protester to complain of genocide in America is not only fallacious, it is insulting to people like the Yazidis who are actually being destroyed in a genocide.

In the Xinjiang region in northwest China, evidence is continually emerging of the Chinese government actively working to exterminate the Uyghur population. The crackdown started in 2017, as authorities began punishing people for having too many children—even children born decades earlier. Investigations have revealed what some experts are calling “demographic genocide.”

“The state regularly subjects minority women to pregnancy checks, and forces intrauterine devices, sterilization and even abortion on hundreds of thousands, the interviews and data show,” the Associated Press reported. “Police raid homes, terrifying parents as they search for hidden children” (June 29).

Because of such policies, birth rates in Xinjiang plummeted 24 percent just last year.

People with too many children are sent to detention camps, which the government calls “vocational training centers.” There they are “reeducated”—forced to give up their religion, forced to learn Chinese, and forced to pledge loyalty to the state—on pain of torture.

Americans accuse their president of being a dictator. If you want perspective on what real authoritarianism looks like, look at China. This is happening as you read this article.

This brings us to the shipment of weaves and other beauty accessories seized in New York earlier this year. It was worth an estimated $800,000, and it weighed 13 tons. It came from China, a country on which Americans rely on heavily for cheap products—including hair extensions.

Why seize such a shipment? Because of evidence that these products are made of human hair stolen from women the Communist Party of China has imprisoned in these camps.

Is this not something that should provoke moral outrage? Are America’s racial justice warriors really concerned about justice? Is their motivation actually equality for minorities, freedom from tyranny, opposition to dictators? If so, shouldn’t they spare some of their outrage for what’s happening to the Uyghurs and other “marginalized” minorities being oppressed by obviously dictatorial regimes?

Are they willing to compare the injustices and inequality and tyranny and genocide supposedly plaguing America with what millions of other people are suffering right now?

To pretend like America is the epicenter of injustice is not “woke”—it is shutting your eyes to the world.

Look around. There are many more tragic examples—millions of them, in fact.

America’s national conversation on race keeps returning to slavery, and the evils of slavery in America—a practice that was painfully eradicated more than 150 years ago.

Yet today, at this moment, tens of thousands of black people are in slavery to Arab and Berber Muslims in the African nation of Mauritania. What do you suppose these slaves would think of free black Americans demanding reparations for slavery?

In Algeria and Libya, sub-Saharan Africans fleeing violence in their home countries are being captured by Arabs as they try to cross the Mediterranean to Europe. cnn actually filmed an auction where 12 Nigerians were sold for a few hundred dollars each. The Global Slavery Index estimates that Libya holds 48,000 black African slaves; Algeria, more than 100,000. Survivors report sex slavery and torture.

Incidentally, of the 167 nations about which the Walk Free Foundation has data, the United States is the 10th most free.

This perspective is critical. It vividly highlights how egregiously selective America’s leftists are in their moral outrage. They obsess over what they perceive as the sins and crimes of this nation—and are utterly silent about actual, obvious, documented, severe racism, slavery and genocide shattering lives in other nations right now.

Millionaire nba players are boycotting games to protest police brutality and genocide in their own country—while they and their league continue to make lucrative deals with China as it brutally stamps out protests in Hong Kong, tramples the rights of the people of Taiwan, and imprisons its own people in concentration camps, sterilizing their women, aborting their babies, and likely selling their hair for profit. How does that fit the nba’s heavily advertised sense of virtue?

Why is there such an glaring double standard? If people are so upset about racism, slavery and genocide, why focus on America?

There is a logical, eye-opening answer. You’ll find out what it is in “The Global Ambition to Destroy America and Its President.” If you want a sudden realization that explains exactly where this rampaging spirit comes from, please take a few minutes right now and read this article.