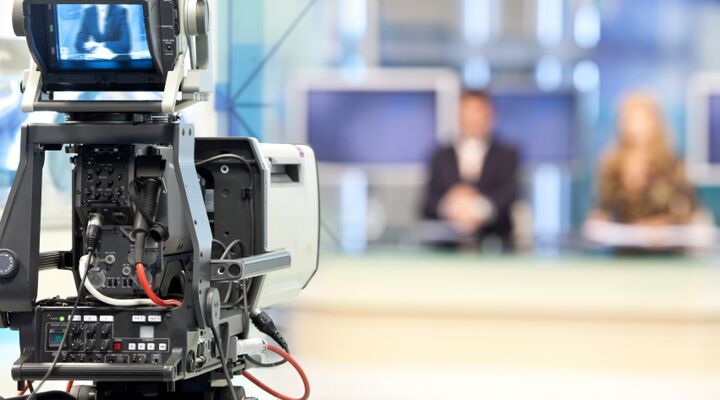 Two icons of the ‘free press’ admit their journalists are being corrupted by government interests.

You expect it of traditional dictatorships. It’s a practice that was rife in Nazi Germany—the government paying the media to promote its propaganda. But in America, bastion of the free press? Surely not!

Hard on the heels of the New York Times openly and apparently unashamedly admitting back in July to mainstream stories being scripted by the White House, it is now revealed that “cnni has aggressively pursued a business strategy of extensive, multifaceted financial arrangements between the network and several of the most repressive regimes around the world which the network purports to cover. Its financial dealings with Bahrain are deep and longstanding,” according to Glenn Greenwald of Britain’s Guardian.

Being shopped by traditionally corrupt regimes is one thing, but within the nation that has stood as a beacon to democracy, these disclosures, in particular the reports of Washington buying off mainstream media in America, show a new low in government-press relations.

“Full disclosure would mean giving a rival something to campaign for (or against), so it’s understandable for a candidate to want to carefully control his or her message. Where it becomes shameful is when the media willingly goes along” (NaturalNews, July 27).

More concerning on a grander scale are the rampant accusations of major networks being paid off by national governments to prevent the exposure of the truth concerning government abuses in some of the world’s real hotspots. For example, at a time when accurate reporting from such volatile regions as the Middle East is vital to inform the public of the realities of the fallout from the so-called “Arab Spring,” increasingly it appears that the news from that region is being sanitized.

Concerning cnn in this respect, the Guardian, Washington’s Blog and Eurasianet.org have all publicized concern at cnn’s corrupting journalistic practices. As these reports have been collated into one article by NaturalNews, we quote them as the main source for this story.

One whistle-blower “notes, the network aggressively pursued—and then came to rely on—revenue from several Middle East regimes, in order to remain viable, especially after the 2008 economic recession, ‘which caused the network to suffer significant losses in corporate sponsorships.’

“The result: The employment of journalistically dubious ways to earn revenue from the very governments the network was created to cover” (ibid, October 4).

According to the same source, another concerned journalist observes that “China and many other foreign, authoritarian regimes also pay cnn and other mainstream networks to run flowery, flattering propaganda pieces. And what’s more, she says a number of reporters and producers at the network have privately complained about the paid-sponsorship of programming, but believe they can’t complain publicly out of fear they will be blacklisted within the news industry and branded troublemakers” (ibid).

The point is that these stories only serve to add further to the continual leakage from major media sources that their reportage is increasingly being manipulated by both government and big business.

Increasingly it appears that the age of the free press is dead.

The need for objective, unbiased analysis of current events was never greater than in today’s world in its increasing state of great global disruption.

That is where the Trumpet comes into the picture.

Having a clear-eyed view of biblical revelation, our writers are able to analyze the news in relation to the specific prophecies which are right now being fulfilled, in sequence, leading to the greatest event ever to be witnessed in the universe—the return of the Savior of humankind to bring peace and order to this world.

The Trumpet seeks to report only on news of real consequence leading to this stupendous event, long forecast in your Bible.

The Trumpet has no political connections. It strives to be absolutely politically incorrect in its language. Its ultimate source is the unvarnished divinely revealed truth of God. Its vision is that which the Creator of humankind has set as the incredible human potential. Its goal is to publish the good news of humankind’s tremendous future so that as many as are led to do so will reach for and ultimately realize that incredible, God-given human potential in their own lives. And it does so for absolutely no monetary return!

To truly fulfill our Savior’s command to “watch and pray” (Matthew 24:22), and to be able to sensibly discuss the realities of today’s world with our fellows—so much the more as we see the trends leading to His return rapidly being fulfilled (Hebrews 10:25)—you need to regularly watch the Key of David television program.

To keep abreast of the real news, monitor the Trumpet website daily and digest the in-depth articles from the periodic editions of the Philadelphia Trumpet magazine.

All other news is of little consequence, by comparison with that which is most directly fulfilling Bible prophecies for the times that we are currently experiencing.

What the Trumpet gives you is the unsanitized, plain truth about global events of true significance to you and your loved ones. It supplies you with the worthy material that allows you to “watch and pray” to the Creator in a practical, down-to-earth manner for His continuing guidance in your life within the context of the very specific events leading to Christ’s return and the unmatched future that awaits all mankind.

Study our book The Incredible Human Potential for a true reality check on your life. It will steer you toward the only true source of real world news. News that affects your life, and that of your loved ones both here and now and in the great future that lies ahead of today’s world news—the real news, in advance of the event, of the wonderful World Tomorrow!