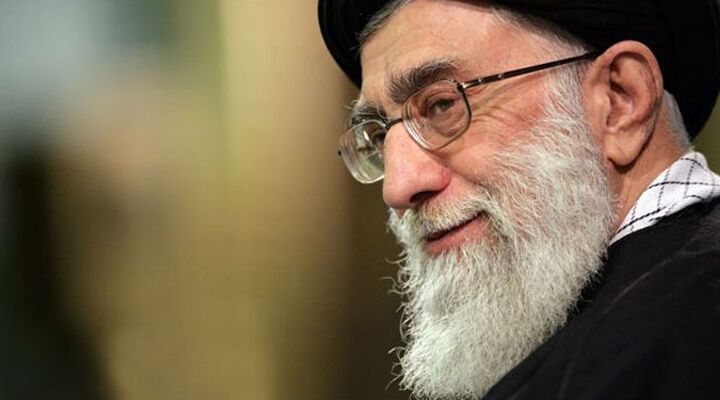 Billboards in Iraq displaying the image of Iran’s Supreme Leader Ayatollah Khamenei are depicting the extent of Iraq’s fall to Iran.

Iraqis, long familiar with former dictator Saddam Hussein’s cult of personality in his omnipresent posters and statues, which were removed or toppled after his demise, now see “pictures of the Persian dictator” taking over, as an Iraqi government worker observed. These posters, he noted, show that Iraq is turning into “a total Iranian stooge.” A Baghdad businessman lamented, “When I see these pictures, I feel I am in Tehran, not Baghdad.”

Associated Press noted that Iran’s influence in Iraq “picked up after Saddam Hussein’s fall from power in 2003, and, in many ways, accelerated since the U.S. military pulled out” in December 2011.

The posters were first erected in at least six Shiite neighborhoods in Baghdad and in Shiite south Iraq back in August around the pro-Palestinian Quds (Jerusalem) Day observations. They are yet to be removed. A local government official in Baghdad speaking on condition of anonymity, said that municipal workers fear retribution from pro-Iranian militia like the Asaib Ahl al-Haq (Band of the People of Righteousness) if they remove them. Asaib Ahl al-Haq has boasted of distributing 20,000 posters of the Iranian cleric in Iraq.

Iran funds and arms at least two other militia in Iraq. It has enhanced business with Iraq to the tune of billions of dollars, skirting sanctions and embargoes in the process. Some parts of Iraq have absolutely no barriers with the Iranian rial currency and Farsi language. Daily pilgrimages to Iraqi holy Shiite sites by Iranians also show strengthening religious ties between the two countries.

According to the Associated Press, the posters may be a means to increase Iran’s religio-political influence in Iraq. Iran is lobbying for the replacement of Iraq’s 81-year old, Iranian born Shiite spiritual leader, Ayatollah Ali al-Sistani, with 64-year-old Iraqi-born Iranian Ayatollah Mahmoud Hashemi Shahroudi. While Sistani favors an Islamic state in Iraq, he wants a clear separation of religion and politics. Shahroudi, on the other hand, is a member of Iran’s Guardian Council and would turn Iraq into a mirror image of the theocracy in Iran.

In a Trumpet Weekly issue of June 2003, Trumpet editor in chief Gerald Flurry wrote: “Now that Iraq has been taken out of the picture [by coalition forces], Iran is even closer to becoming the reigning king of the Middle East. It may seem shocking, given the U.S. presence in the region right now [now withdrawn], but prophecy indicates that, in pursuit of its goal, Iran will probably take over Iraq. At least, it will have a heavy influence over the Iraqi people.” News forecasts of an Iranian takeover of Iraq first appeared in Mr. Flurry’s December 1994 article titled “Is Iraq About to Fall to Iran?” Back then, Ayatollah Ali Khamenei made fewer headlines than did Saddam Hussein. Today, his posters in Iraq are making headlines.