Regardless of who wins the November election, The state of America’s economy means he will face some brutal decisions. 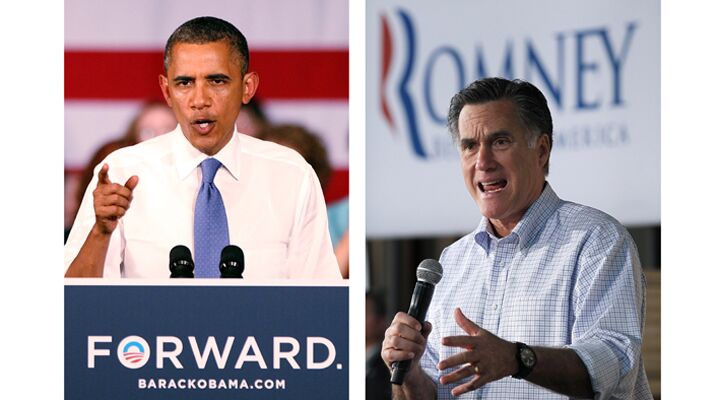 Regardless of who wins the November election, The state of America’s economy means he will face some brutal decisions.

Will Mitt Romney pull America out of its financial dive? Or will Barack Obama turn it around since he will have eight years to work with instead of four? Both candidates are framing the presidential election as an economic choice. Many Americans believe this is a choice between fiscal sustainability and economic collapse. Others believe it is about social justice and who will shoulder the economic burden. But let’s look at some apolitical realities about America’s economy that the next president, whoever he is, will have to face.

That is what a trillion is in seconds. In dollars, America goes more than $1 trillion further into debt every year. The federal government’s total yearly budget is only $3.7 trillion. So, close to a third of our total spending per year is borrowed. That means that if the new president wants to suddenly balance the budget, he will have to cut almost a third of the entire federal budget.

Most of the budget-balancing would need to be done by cutting funding—because there simply is not enough left to tax. According to Mike Shedlock from Global Economic Trend Analysis, even if the government taxed 100 percent of profits from every corporation in America and confiscated every single asset of the super-wealthy (like Warren Buffet and Bill Gates), it still wouldn’t even get close to balancing the budget. We would still have to “take the combined salaries of all players in the nfl, Major League Baseball, the nba and the nhl, cut military spending by $254 billion, and tax everything people make above $250,000 at a 100 percent tax rate,” Shedlock says.

That’s unrealistic. But so is the expectation that America can keep borrowing trillions forever.

Of the more than $1 trillion America borrowed last year, about half was money the Federal Reserve created out of thin air. Why did the Fed do it that way? Because foreigners would not lend it at the interest rates America wanted.

This is a clear sign that America’s deficit is dangerously unsustainable.

And regardless of whether the next U.S. president decides to cut spending, increase taxes or both, our deficit will inflict huge gashes in an economy that is unstable and probably already in recession again.

Challenge 2:Come to grips with the nation’s debt

As huge as America’s deficit is, the bigger threat is America’s practically unfathomable debt. America’s official federal debt is over $16 trillion, but that is only the tip of the iceberg. America has promised its citizens tens of trillions more in Social Security, Medicare and Medicaid benefits. Laurence Kotlikoff, professor of economics at Boston University, puts America’s total liabilities at a mind-boggling $222 trillion. Go back and re-conceptualize a trillion.

Not all of this money is due at once, but increasing portions will be as America’s 80 million baby boomers retire. There is not a chance that America can pay this bill.

America’s next president will have to cut much if not most of the promises that have been made to retirees—and even if he cuts them all, his government will still owe that official $16 trillion.

The most imminently dangerous part about this debt is refinancing risk. America is constantly borrowing money to pay back money that is coming due. Right now, borrowing rates are good, because Europe appears to be in worse shape. But when Europe eventually gets its act together—and it will—America won’t have as many willing lenders.

Add to that a myriad of welfare-type programs at the local city and county levels.

The total price tag for just federal and state welfare programs came to almost $1 trillion in 2011, according to the Heritage Foundation (see Challenge 1). So almost a third of America’s yearly budget now goes to welfare.

And if nothing is done, the share of welfare spending in the federal budget will dramatically increase. Under the current 10-year budget, federal welfare spending alone will total $1.57 trillion by 2022.

There is no easy fix. In fact, there may be no fix at all. About one in three Americans get some sort of government handout. Politicians can cut spending—but not without massively damaging the economy. The economy is addicted to government spending. There are whole industries that cater to welfare dependency. Go cold turkey, and the president can expect massive economic, if not social, upheaval.

Challenge 4: Work with a corrupt and collapsing banking system

In 2010, U.S. regulators told America’s biggest banks that they needed to make plans for preventing collapse. The regulators emphasized that the banks needed to consider radical measures to prevent failure and that they could no longer count on government support. Five years after the 2008 Wall Street meltdown, the banking system is still no more secure. Bank insiders know it isn’t safe, and the one thing propping it up—the heavily indebted federal government—says it is now pulling out.

Add to this intractable problem several others: money-laundering scandals, rogue trading, the MF Global implosion, the unfolding libor scandal, and record-low interest rates. The global banking system may be even more prone to economic disasters than it was in 2008!

Yet, because America’s economy is debt-based and consumption-driven, if regulators try to rein in the big banks, they will have to reduce lending. Reduced lending means the economy will slow even further. Jobs will be lost, tax revenues will fall, welfare usage will increase, and paying the debt will become that much harder. It’s an unsolvable Catch-22 for President Obama or President Romney.

America is in the midst of its worst-ever post-recession job recovery. At the current pace of job growth, America is still 2½ to three years away from getting the jobs back that it lost in the 2007 recession. Then the nation still must find more jobs for all the people who entered the workforce over the ensuing eight years.

Regardless of what either presidential candidate would do or says he would do, the jobs are not coming back—because they were fake jobs in the first place. The housing bubble was a product of politicians forcing big banks to give loans to unqualified buyers and the Federal Reserve trying to goose the economy by artificially lowering interest rates. The result was a ballooning money supply that flowed into real estate—and tons of builder, agent, appraiser and banker jobs that have since evaporated.

Meanwhile, the effects of the housing bubble masked the greatest period of industrial and manufacturing outsourcing in U.S. history. Due to a combination of high labor costs, high taxation, high regulatory burden, high environmental compliance costs, advancing technology and the new global economy, many U.S. jobs are now filled overseas, and made-in-America products and services are now imported.

As President Obama’s green energy/solar power initiative proved, attracting manufacturing to America is virtually impossible even with massive government subsidies—which may soon be unaffordable. It was a campaign promise that was too good to be true. And now we’re hearing dozens more of those empty promises ringing in our ears in stereo.

For the first time in history, American students owe more in student loans than the country owes in credit card debt. Yet what do students get for that? Increasingly, it is a lifetime of indentured servitude at a job that barely pays the interest on their loans.

This is a huge problem, because many of these students will become economically nonfunctional—trapped in jobs paying the bills instead of generating healthy incomes, creating meaningful jobs and building the economy.

Government policy that encourages everyone to go to college—and to borrow money to do it—has driven up tuition so high that in many cases it no longer pays to even get a degree. Meanwhile, schools continue to try to increase enrollment, so course work is being dumbed down and grades inflated.

The next president needs, if nothing else, an American workforce that is healthy and strong. But it looks like he’ll have one that is operating well shy of its potential.

Fifty years ago, the majority of Americans went to bed with their doors unlocked. They left their keys in the car in case someone needed to borrow it. They never thought twice about letting their children walk to school.

We don’t live in that America anymore. The nation has tumbled through a decades-long moral slide, and that decline has a high price tag. How much does increased crime cost? Corporate compliance? Tax software to prove the taxpayer isn’t cheating the government? Think of how much money would be saved if businesses were never robbed, websites were never hacked, billion-dollar lawsuits were extinct, police did not have to track down criminals, and courts and prisons did not have to process convicts.

Think about how much more wealthy America would be if people just practiced the Ten Commandments: no more lying, stealing, coveting, murdering. Now there’s a plan you can really believe in. As Bruce Walker, in the American Thinker, wrote in 2008, “[T]he cool, practical, financial argument against sin is so overwhelming, the number crunching of any serious cost-benefit analysis of the trillions lost through our acceptance of sin is so convincing, that hopeful people can dream that a wise leader will champion the fight against sin as the clearest way to make us wealthier and happier people.”

Don’t get your hopes up. Regardless of who America chooses at the ballot box, America’s moral slide will not be turned. There are 230-plus years of U.S. history that prove it.

America’s debt, its welfare mentality, and its crumbling education system and morals are all the product of its collective choices. We are now eating the fruit of those choices. Economic indicators suggest another economic downturn has already started. A greater economic depression is on the way, and there is little that can be done to mitigate it.

America’s past prosperity will not return until the whole economic system has been wiped out and a new one built on a different foundation. Its financial cardiac arrest has already started, and it will take more than campaign promises—or even a presidential election—to bring prosperity back to this nation.