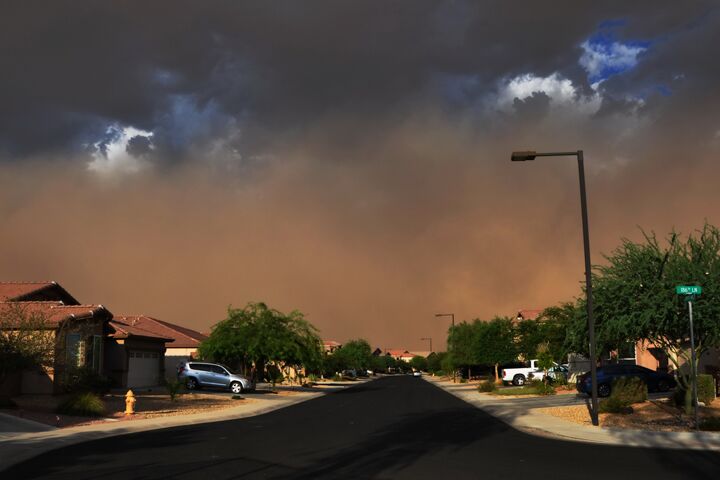 Once considered to be once-in-100-year events, giant dust storms are pounding the U.S. state of Arizona. In a summer of excessive heat and extreme drought, this is not good news.

Although not the largest dust storm to hit the area, tree limbs and power poles were snapped, causing 9,000 homes to lose power. The Sky Harbor Airport was shut down for 20 minutes.

These huge dust storms form during the monsoon season that runs from June until the end of September. They are so destructive because of the fine dust particles that manage to permeate everywhere during the storm.

According to experts, these storms are becoming more frequent. It is not just the big storms that pose problems. Phoenix experienced three dust storms in a row the last week of July—which is considered very rare. USA Today stated: “This means more deadly accidents, more harmful pollution and more health problems for people breathing in the irritating dust particles.”

The potential health threats from the storms are far more serious than just breathing in irritating dust particles. The fine dust can carry a poisonous mix of fungi, heavy metals from pollution, fertilizers, stockyard fecal matter, chemicals and bacteria, which can cause cardiovascular disease, eye diseases and other illnesses such as valley fever.

It was in July 2011 that the largest dust storm ever observed hit the Phoenix area. Medical experts believe that the advance of the huge dust storms in 2011 could be one of the causes for the increase in cases of valley fever.

Experts say that because of excessive heat and dry conditions, residents in Arizona’s valley area can expect more dust storms.

For more information on other problems Americans are facing because of the drought of 2012, be sure to read columnist Brad Macdonald’s article “The Global Consequences of America’s Drought.”