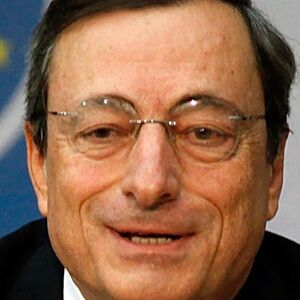 In one fell swoop, ECB President Mario Draghi turned the tide in global financial markets with a verbal frontal attack.

The New York Times called him the world’s most powerful bureaucrat. So powerfully influential has the president of the world’s most high-profile central bank become that his mere words can create a tipping point in global financial markets.

With a name—Mario Draghi—that translates into English as “war dragon,” Mario Draghi is waging subtle warfare on the euro crisis, having major global players of financial and stock markets hanging on his every public statement.

Early last week, extremely nervous global markets were either stagnant or in free fall as players took an increasingly jaundiced view of the failure of Europe to effectively contend with its ongoing, worsening financial crisis.

In the middle of the week, Ben Stein summed up the mood thus: “[W]ent to sleep with foreboding. Europe is falling apart …. A cratered Europe will have immense effects on the world economy” (American Spectator, July 25). He expressed concern about what, if anything, Washington could do in terms of its clueless international economic policy “if we go into another leg of recession as demand for U.S. exports to Europe corrects.”

Then, on Thursday, toward the end of a dismal week, Mario Draghi simply sought to turn the tide with a war of words. No real action, just words. On Friday, the media carried the story of Draghi publicly and very confidently declaring that “the ecb is ready to do whatever it takes to save the euro.” This statement was seized upon by the European press, which quickly spread their view that Draghi had “sent a positive signal to the markets” (Presseurop, July 27).

The Italian daily Corriere della Sera opined, “Draghi gives his assurances that the ecb will save the euro …. With his words, Draghi has neither printed money nor created liquidity, but has reassured the markets and is offering something that is much rarer these days: confidence.”

The paper observed that the Milan Stock Exchange gained 5.62 percent following Draghi’s announcement, noting that the following day Rome borrowed €8.5 billion at a rate below 6 percent for six months—perfect timing by Draghi to bail out his fellow son of Rome, Italian Prime Minister Mario Monti, just as Italy was looking very shaky financially.

Meanwhile, “In Madrid, El País is pleased that ‘the financial storm over Spain has been calmed with a single gesture from the ecb.’ The ‘magic words’ of Mario Draghi had an immediate effect, as the Madrid Stock Exchange soared by 6 percent and the interest rate on government 10-year bonds dropped below 7 percent” (Presseurope, op. cit.).

Then, come the weekend, a whole raft of articles appeared in the world press highlighting the importance of the Rome/Berlin axis in the whole global financial crisis.

The bbc spotlighted U.S. Treasury Secretary Timothy Geithner’s upcoming rushed visit to German Finance Minister Wolfgang Schäuble before he dashes to Frankfurt to meet Mario Draghi. Draghi himself is set to meet during the week with Jens Weidmann, the Bundesbank president, to seek his support for more bond buying. Following a Saturday telephone conference, Germany’s Chancellor Angela Merkel and Italy’s Prime Minister Mario Monti issued a public statement in the same spirit as Draghi’s declaration last Thursday, confirming that they would also do all in their power to protect the eurozone.

All eyes will now be on “Super Mario” this coming Thursday as he leads the discussion at the ecb governing council meeting in Frankfurt. Till then, the markets, having given initial response to his announcement last week, will hold their breath.

The fact that just by making one public statement, Mario “the war dragon” Draghi is able to have such powerful effect on the global economy highlights two very prophetic aspects of the rising imperial power of which he is chief banker.

This rising United States of Europe, in reality the seventh and final resurrection of the Holy Roman Empire, is prophesied to be the dominant financial and economic power—a huge international trading bloc—at the close of the present age just prior to Jesus Christ’s return. It is prophesied to have the power to dictate trading terms that will either open or close the food markets of the world to any given nation or group of people (Revelation 13:16-17).

The demonstrative power of the world’s most influential central banker—a Jesuit-educated son of Rome—to stimulate financial markets by just one public statement, indicates the degree to which the world already looks to this rising seventh resurrection of the Holy Roman Empire to call the tune on global markets.

But there is another angle to this. The current obvious power of the European Central Bank’s “war dragon” is but a forerunner of the even greater power of an even more insidious voice that shall soon be heard, globally, with even greater effect on the world politically, religiously and, believe it or not, militarily!

Prophesied in the books of Daniel and Revelation, this future son of Rome will literally “look like a lamb and speak like a dragon”! (Revelation 13:11).

This hugely deceitful individual will specifically target one special group of people: “And it was granted him to make war with the saints and to overcome them” (Revelation 13:7). These are—or were once—literal followers of Jesus Christ, of whom this individual and his chief spiritual influence (verses 4-6) are both confirmed and totally committed enemies!

The power of this particular religious leader will extend globally to the point of impacting on all nations (verses 7-8).

While it does take a degree of prophetic insight to see all of this playing out in its current-day reality through events such as those under Draghi’s influence last week, the signs are that we will not now have to wait long to feel its horrible effects impacting our lives.

Today, all indications point to the imminence of the very event that Herbert Armstrong prophesied would catalyze the ultimate rise to power of the Holy Roman Empire of the German Nation—the coming inevitable collapse of the global financial system!

“But United States banks are in a system of international banking for transference of funds. United States banks and the federal government have made bad loans of many billions of dollars to developing nations, especially in South America. Those countries can’t pay back, and threaten to default altogether. That places the United States in a serious dilemma with European nations. It could suddenly result in triggering of European nations to unite as a new world power larger than either the Soviet Union or the U.S. That, in turn, could bring on the Great Tribulation suddenly. And that will lead quickly into the Second Coming of Christ and end of this world as we know it” (co-worker Letter, July 22, 1984).

For nigh on 30 years, since he wrote that prophetic statement, the U.S. has papered over its huge debt problem, till it now stands on the very brink of massive financial collapse, risking bringing down the whole complex global banking system with it.

The sharpest of observers can see this. What they can’t see is any way out of it!

There is only one way out of this massive global mess. The elites behind the imperial dream of one more resurrection of the Holy Roman Empire think they have the solution. They are destined to be met, after a tantalizingly very brief appearance of success in the near future, with total destruction (Revelation 18).

The grand failure of that seventh and final resurrection of the Holy Roman Empire will be the greatest of signs of the very imminence of your Savior’s return to this Earth. A return, though greatly resisted at the time by the very humanity of His own creation, that will, over an ensuing 1,000-year period, establish the greatest, most peaceful and enduring government of true godly and brotherly love on this planet!

The global effect of that which came out of the mouth of the “war dragon” in Frankfurt last week is but a harbinger of more to come. More that will just accelerate the fulfillment of events prophesied in your Bible for these times.

What can we say, realizing its stupendous end result, other than, “Bring it on!”